What's smallest of all?

Quarks are the smallest things in the known universe — particles that make up the protons and neutrons of atoms.

But University of Cincinnati professor Philip Argyres, a theoretical physicist, is not satisfied that we’ve reached the outer limit of the inner space of things. Argyres is on a quest for theories that might reveal particles even smaller than quarks that could help explain the foundation of all matter.

“We have the most powerful generation of particle accelerators, so we can pull apart quarks. Will we find quarks themselves are made up of even smaller things?” Argyres asked.

Argyres will pursue this question at the California Institute of Technology over the next year as a Simons Foundation fellow. The 13 physicists awarded the prestigious fellowship included researchers from Harvard, Dartmouth and Brown universities. Last year, Argyres also was named a fellow of the American Physical Society.

“He’s had a spectacular year,” said professor Leigh Smith, who chairs the physics department at UC. “He’s been working on at least five papers dealing with supersymmetric quantum-field theories. Dr. Argyres is a very excellent theorist.” 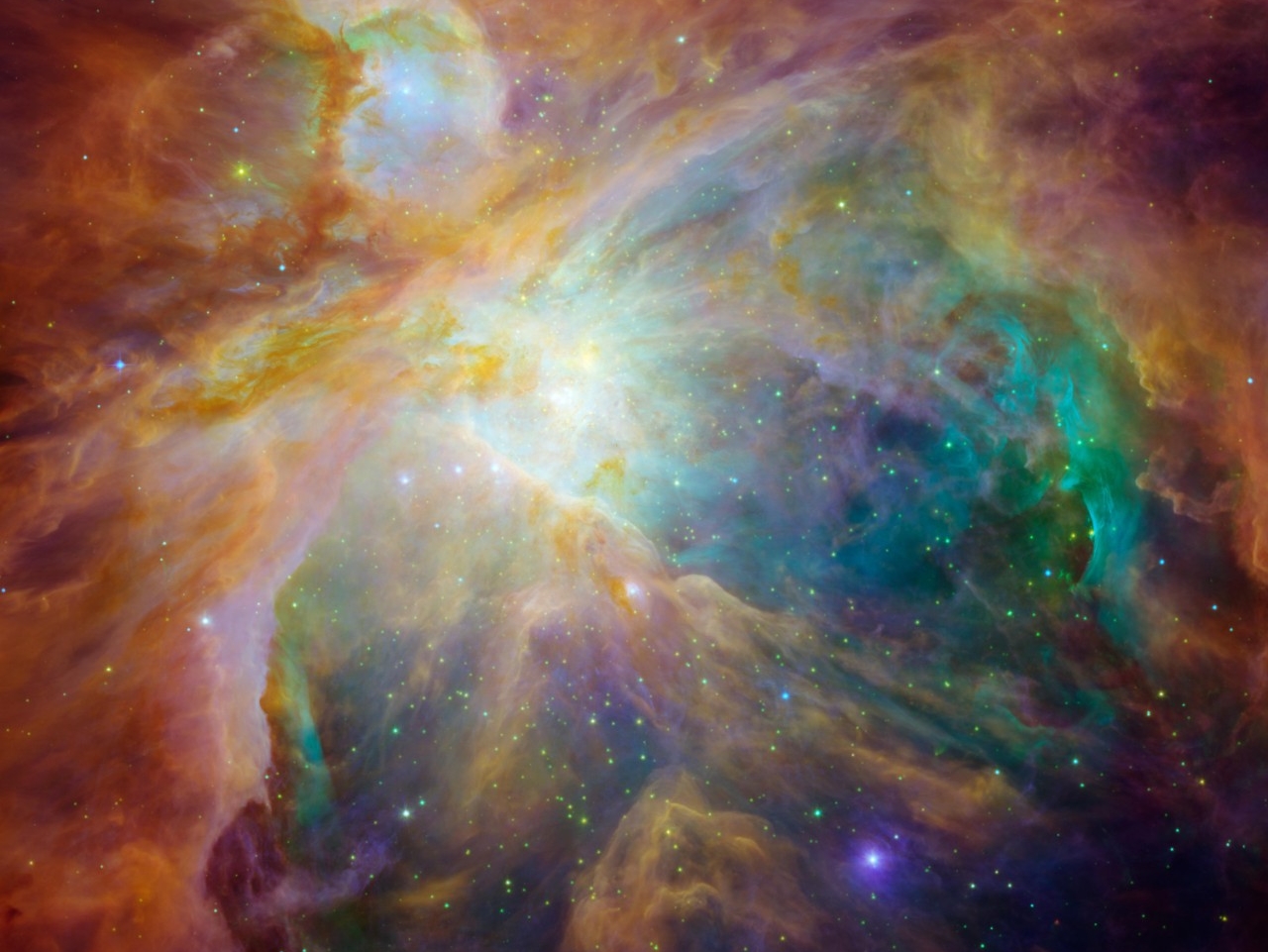 The Orion Nebula is captured by the Hubble Space Telescope. Physicists are trying to find the smallest particles that make up matter. (NASA/JPL-Caltech/STScI)

UC physics professor Richard Gass said experimental physicists often put these theories to the test, as scientists are doing at labs such as CERN, the European Organization for Nuclear Research. CERN is using the world’s largest particle accelerator to study related questions about supersymmetry that Argyres is examining.

So what are the smallest fundamental particles in the universe?

Gass said he does not think physicists will answer the question conclusively anytime soon. But each new insight builds on the next.

“Every time we’ve looked we’ve found something on a smaller scale,” he said. “It takes a good deal of hubris to think we wouldn’t find new phenomena.”

Unlike many of the scientists at UC, Argyres does not work in a lab full of high-tech equipment. He uses a simple blackboard in his office, both to think about his own physics problems and to help students with theirs.

A snowdrift of chalk blankets the carpet under the blackboard. Argyres estimated it represents about a month of discarded equations. He and other physicists use the board to argue and debate ideas before erasing and starting over or chasing a new tangent.

This collaboration is essential, he said.

“One thing that is misconstrued about science in general — and certainly physics in particular — is that the genius, the innovator is always celebrated, but the real science is done communally, cooperatively,” he said.

“Two relatively smart people are way smarter than any genius,” he said.

Most of Argyres’ work has been published in a partnership with colleagues. And what he is most looking forward to at Caltech is working with other theoretical physicists who specialize in his niche of quantum field theory.

“The people who are loners, who don’t like working with others, just don’t succeed. Everyone works in collaborations,” he said. “It’s just more efficient and frankly more fun, too. All of science is like that.”

Argyres took part in the first physics school of its kind last year in the West Bank in the Middle East, organized with help by a research partner, UC postdoctoral fellow Mario Martone. Argyres served on the international advisory board for the organizing group, Scientists for Palestine.

Martone is now helping to organize a second physics school this year at Al-Quds University in Jerusalem. 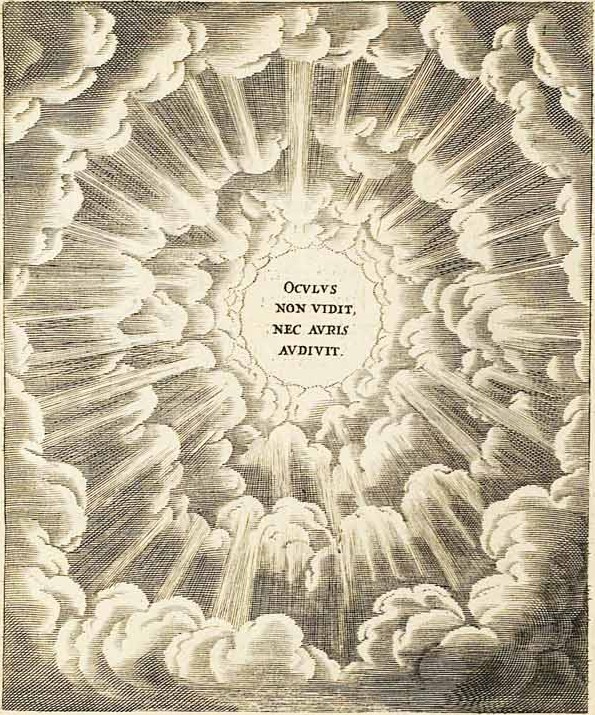 "The eye has not seen, nor the ear heard," reads a 1660 drawing published by Belgian printer Balthasar Moretus. (Wikimedia Commons.) 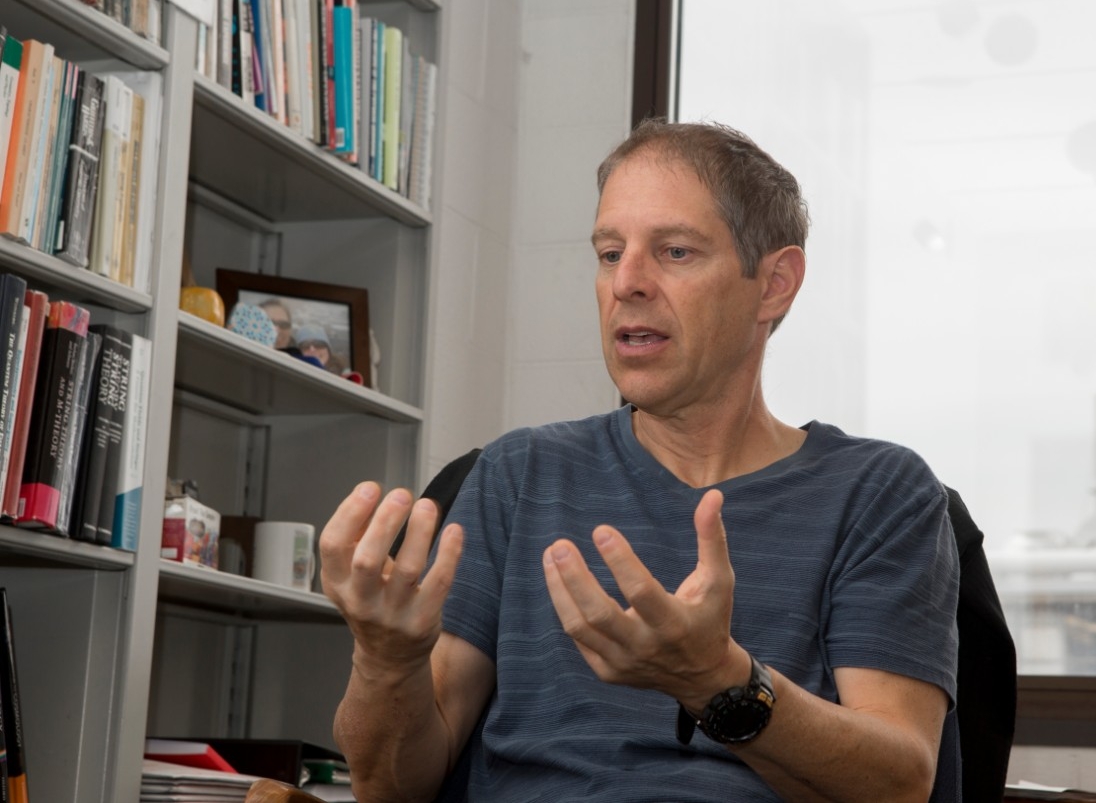 "Everything we learn about our place in the universe is humbling."

Theoretical physicists are tackling some of the most vexing existential questions about the origins of the universe.

“Everything we learn about our place in the universe is humbling. We realize we are less significant in every way than we ever thought we knew,” Argyres said. “How you deal with that is an internal issue. I don’t think it’s a cause for hopelessness. It just requires an adjustment in perspective.”

Argyres has contributed to the search most recently with a new classification system he developed with UC’s Martone that revealed more than 30 quantum field theories or models.

“We found this surprising answer: that there are many more — three times the number that people had thought existed before,” he said.

So far, physicists outside UC have found the classification is consistent with string theory as well, he said.

“And indeed it’s been a very pleasing story this year. All of these extra theories we predicted in our classification have basically been found,” he said. “First of all, it validates our methods. But it also has changed the way people think about this class of theories.”

This is not Argyres’ first big breakthrough. He has published 46 papers, many of which deal with conformal theory.

“You have to be sort of dogged about it. It’s about using your imagination, of course. Sometimes it’s a matter of just coming back at it. If something doesn’t work, you try something else,” Argyres said.

“Often it doesn’t work. Every now and then it does. The pleasure of seeing something new — of figuring out some imaginative way to get around a barrier that seemed insurmountable before — it’s a great feeling,” he said.

“Once you experience that,” Argyres said, “it’s kind of addictive.”

Do you like physics? Study with some of the world's most renowned professors in UC's Department of Physics or explore other programs on the undergraduate or graduate level.