Scientists say human activity such as this clearcut logging in the Pacific Northwest could be ushering in the next mass extinction. (Dave Mantel/iStockPhoto)

Knowing more about conditions that triggered past mass extinctions could help scientists prevent the next one, UC geology professor Thomas Algeo says.

Black rhinos, red wolves, whooping cranes: the global list of endangered species grows every year to the point where some researchers say we’re witnessing the start of Earth’s next mass extinction.

University of Cincinnati geology professor Thomas Algeo is studying the most devastating cataclysm ever to strike the planet to inform our understanding of global changes scientists are observing today. Algeo gave a keynote presentation on the topic to the Geological Society of America during its annual conference last month in Seattle.

Algeo, who works in the McMicken College of Arts & Sciences, has spent his career investigating Earth’s five biggest known extinctions, including a calamity 252 million years ago that wiped out most life on Earth at the time.

“There has been a lot of interest in studying these events. They inform us about the course of biological evolution during Earth’s history,” he said.

Extinction is a natural part of evolution, Algeo said. But mass extinctions are marked by a devastating loss of biodiversity, usually as a result of a catastrophic global disaster. Scientists have identified five of them in Earth’s history, the largest of which is sometimes called “the Great Dying.” This natural disaster occurred between the Permian and Triassic periods when volcanoes in what is now Siberia erupted and spewed enough lava to cover more than 400,000 square miles – an area 10 times bigger than Ohio.

To put that in perspective, the 1980 eruption of Mount St. Helens in Washington leveled 150 square miles of forest and spewed so much lava that ash fell onto car windshields 1,500 miles away in Oklahoma. That eruption blasted 3 cubic kilometers of material into the atmosphere.

The Permian-Triassic extinction featured 11 periods of major volcanic eruptions, spewing 3 million cubic kilometers of ash and rock into the air over a span of 1 million years. Afterward, ocean surface temperatures increased by 10 degrees Celsius from the greenhouse effect of volcanic methane and carbon dioxide in the air. The land became a veritable dust bowl with frequent and intense storms, while the oceans were depleted of oxygen and became highly acidified.

Scientists are still at odds about which of the resulting consequences was most responsible for the enormous die-off of plants and animals.

“Is it the rise in temperature? The lack of oxygen in the water or acidification of the oceans?” Algeo said. “I think it’s going to be very difficult to tease apart these effects because they’re all operating simultaneously.” 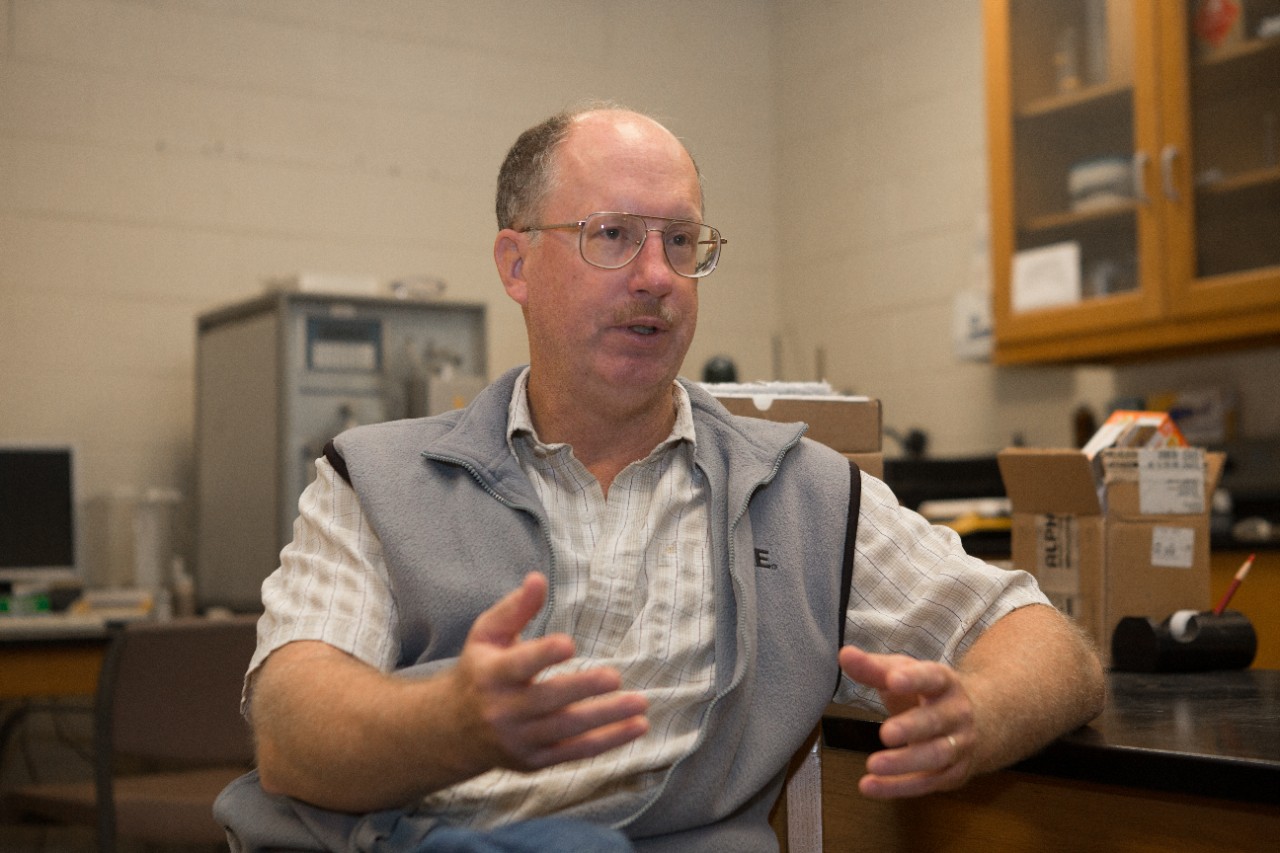 UC professor of geology Thomas Algeo created the prevailing theory for the mass extinction 250 million years ago at the end of the Devonian Period.

Algeo also is studying how long it takes plants and animals to recover after a mass extinction.

“We want to know how the recovery was related to changing and ameliorating environmental conditions,” he said. “There is a lot of potential to make new discoveries in this area.”

Life persisted after each global extinction. Surviving species adapted to the new conditions and the hardiest and most prolific of them, called “disaster taxa,” spread out quickly to fill the void, albeit with much lower species diversity, Algeo said.

Algeo in 1995 developed the prevailing theory for one of the Big 5 mass extinctions, which occurred at the end of the Devonian Period 360 million years ago. That extinction was considerably slower, spanning 25 million years, and doomed about half of life on Earth, particularly marine life.

Instead of a single catastrophic event such as a meteor strike or volcanic eruption, Algeo suggested a surprising culprit was to blame: vegetation.

“There’s a general pattern in mass extinctions. The higher up the food chain you go, the more likely you are to go extinct.” 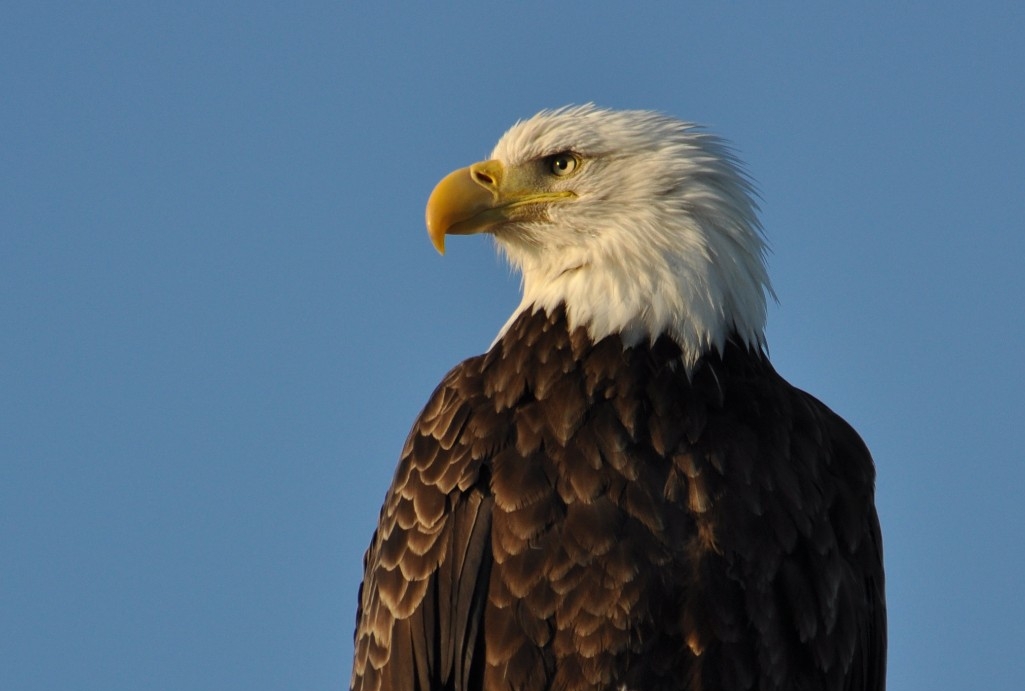 The recovery of the once-endangered American bald eagle is a conservation success story.

Over millions of years, Earth sprouted a massive new garden but at a cost. Waterways became choked with nutrients from decomposing plants. This decaying vegetation absorbed oxygen in the water, starving out other life, a process called eutrophication.

It’s a phenomenon that’s becoming more common now in waterways from the Gulf of Mexico to estuaries along the East Coast, fed by nutrient runoff from coastal development.

“Plants mine out nutrients in the soil, which is locked up temporarily in the biomass. But when the plant dies, eventually those nutrients get washed into waterways and into the ocean, triggering massive blooms of marine algae,” he said.

“It all links together very nicely,” Algeo said. 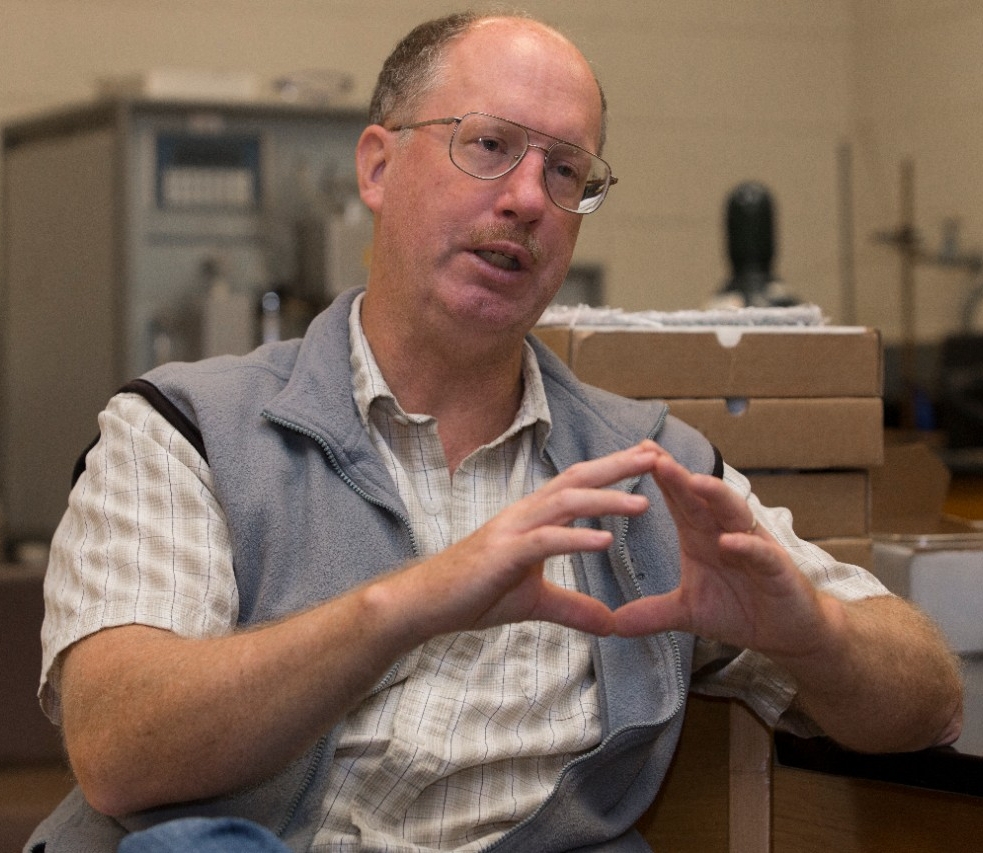 “Previous mass extinctions show that things can go drastically wrong and wipe out huge parts of the biosphere in relatively short periods. We should be concerned about that.”

Knowing more about the impacts to the Earth after the biggest natural catastrophes can inform current research into climate change, water quality and biodiversity. Previous mass extinctions can serve as a cautionary tale for decisions we make today, he said.

“Previous mass extinctions show that things can go drastically wrong and wipe out huge parts of the biosphere in relatively short periods,” he said. “We should be concerned about that.”

The idea that humans are precipitating the world’s next mass extinction is controversial but supported by evidence. A study published this year in Nature found that 1 in 4 mammals and 13 percent of all birds were threatened with extinction from expanding development, habitat fragmentation, hunting and pollution. The most species-rich forests are expected to see increasing extinction risks at current human population and land-use projections, the study said.

“There’s a general pattern in mass extinctions. The higher up the food chain you go, the more likely you are to go extinct,” Algeo said. 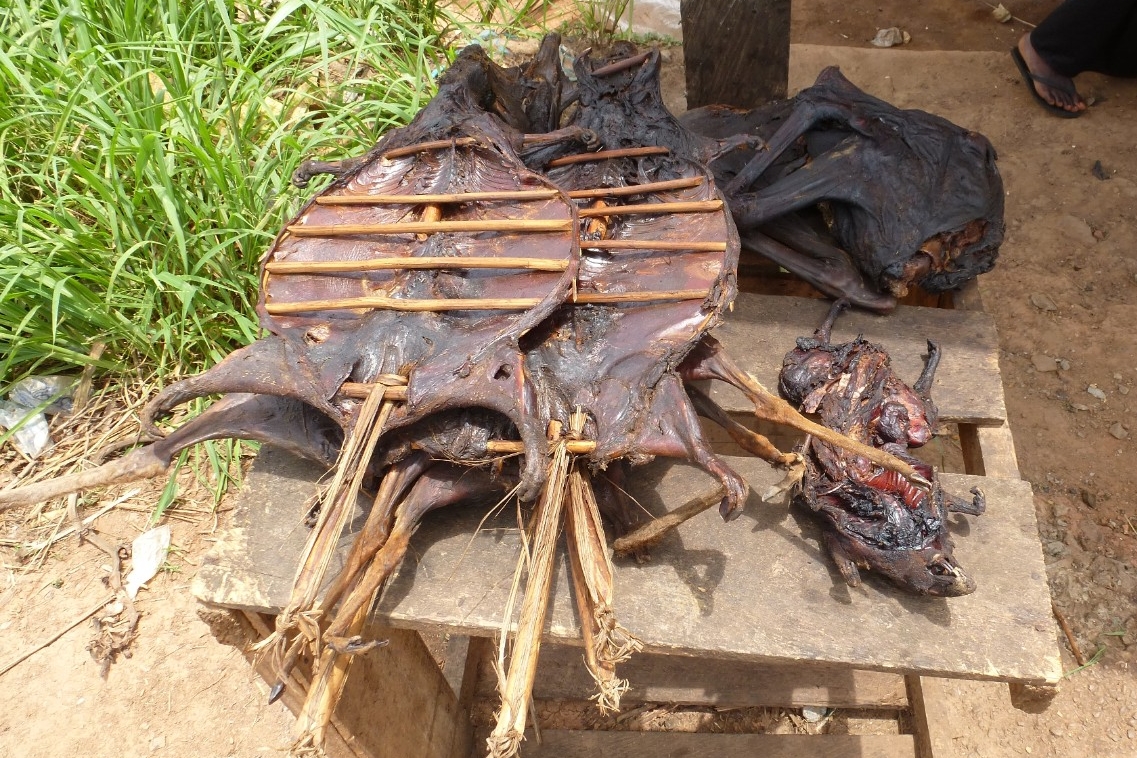 Cane rats and forest antelope are sold as bushmeat at a roadside stand in Senegal. (Wikimedia Commons) 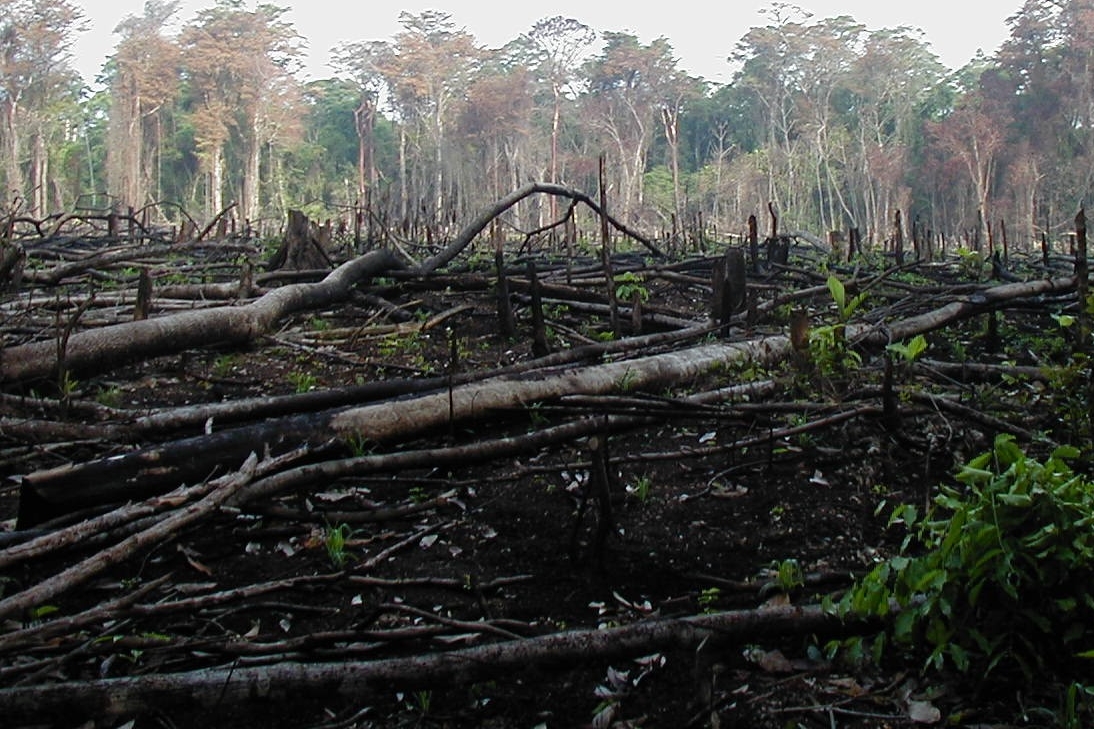 Scientists and conservation groups around the world are working hard to protect biodiversity. Nonprofit groups such as Gorilla Doctors, which provides medical intervention to endangered mountain gorillas, are focused on a single species while others, such as the National Wildlife Federation, have broader goals.

“A lot of people tend to think of the extinction crisis as something happening far off in tropical rainforests. But here in the United States, we have many species in our own back yards that have declined and are seriously threatened,” said Bruce Stein, associate vice president of conservation science and climate adaptation for the National Wildlife Federation.

Stein said the fossil record has a lot to say about how species adjust to climate change. This could help inform conservation efforts in years to come.

“We can learn a lot by looking at species that survived extinction episodes,” he said.

In particular, scientists are studying the biggest cold-weather animals, which are expected to be the first to succumb to climate change. For example, moose are declining in the southern part of their range where they face a growing threat from parasites such as ticks and brainworm-causing nematodes that traditionally were kept in check by cold winters.

“They get a massive tick load in the summer that just sucks them dry. These moose scratch on trees and end up rubbing off their fur. They call them ghost moose,” Stein said. “Without this insulation, they don’t survive the winter.”

Intervention has brought some well-known species back from the brink of extinction in recent years, which shows what is possible with both public will and resources. But the trend line for many species is discouraging, Stein said.

“There are some great success stories: bald eagles and peregrine falcons. The California condor,” Stein said. “But for every recovery or success, there are far more species in serious trouble or declining.”

The inevitable loss of biodiversity will have few noticeable repercussions for people. But the same underlying issues are expected to lead to increasing population migration as people flee famine, drought, disease and natural disasters such as hurricanes and floods. The Obama Administration in 2016 declared climate change “a significant and growing threat to national security.”

Despite the challenges, Stein said there is reason for optimism.

“If we hold the pace of climate change, there are opportunities for people, plants and animals to adapt to those changes,” he said.

UC’s Algeo said it could take more time and natural catastrophes for the public to make sacrifices and demand policy changes.

“I personally think there will be another mass extinction. It’s going to be a very hard thing to stop,” Algeo said. “There will have to be visible consequences before people wake up to the degree that they demand action from their leaders.

Thousands of species have been red-listed as vulnerable to extinction by the International Union for Conservation of Nature and Natural Resources. The group has assessed nearly 80,000 species of plants, animals and fungi. Today, 13 percent of birds, 25 percent of mammals and 41 percent of amphibians are threatened with extinction. 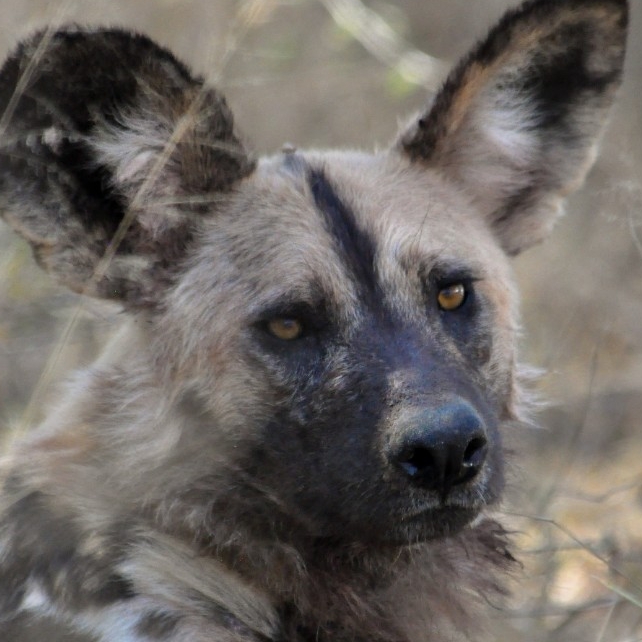 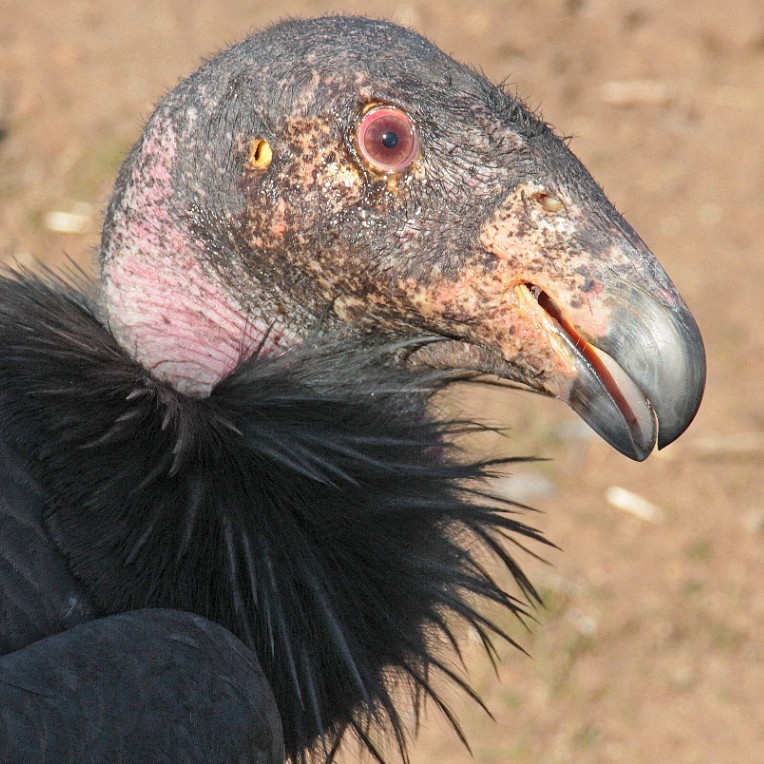 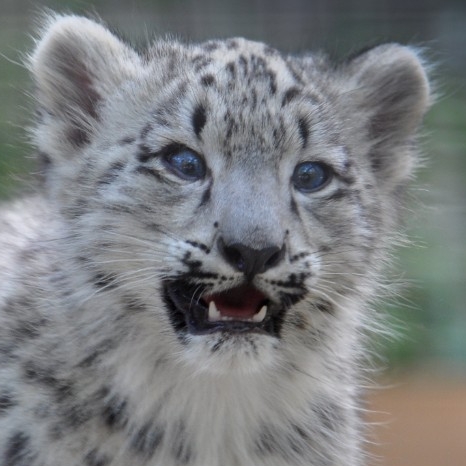 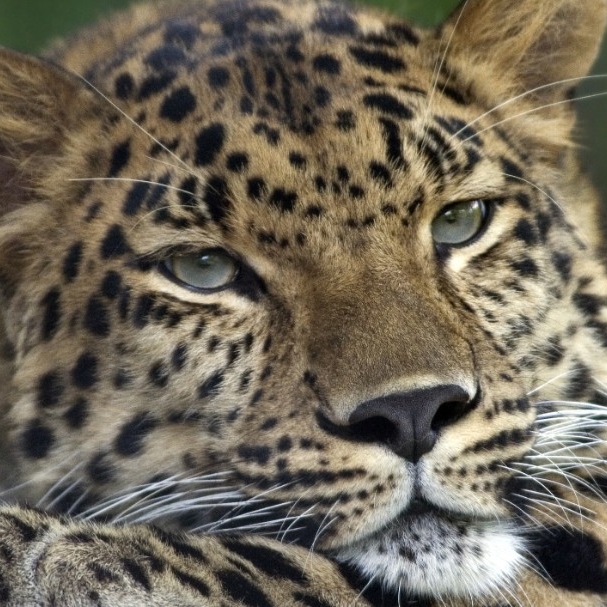 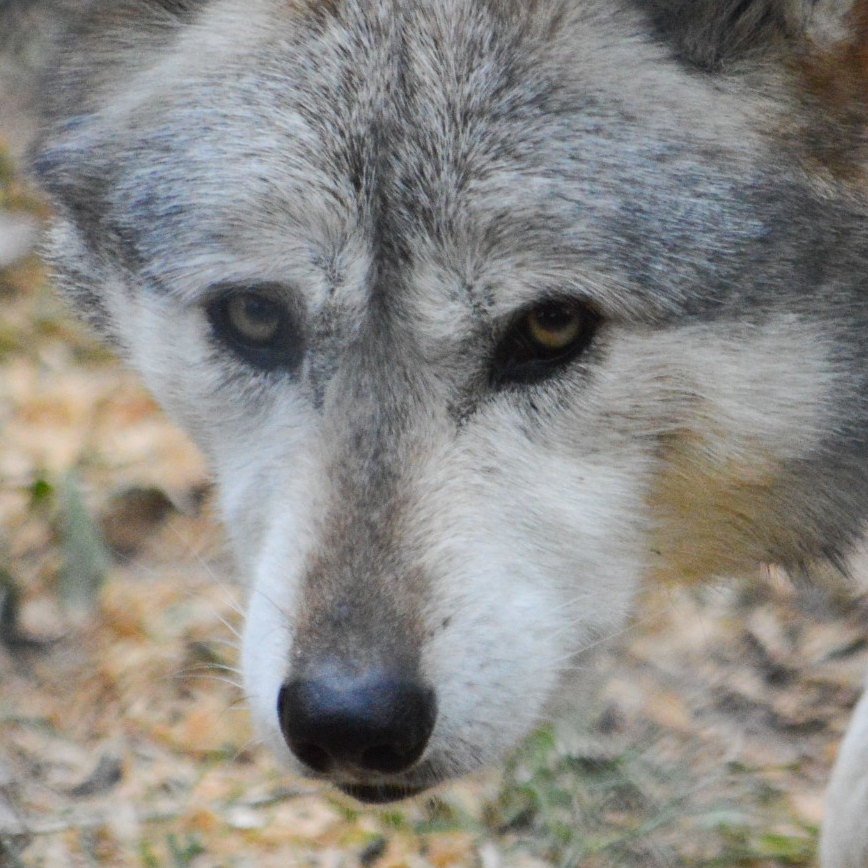 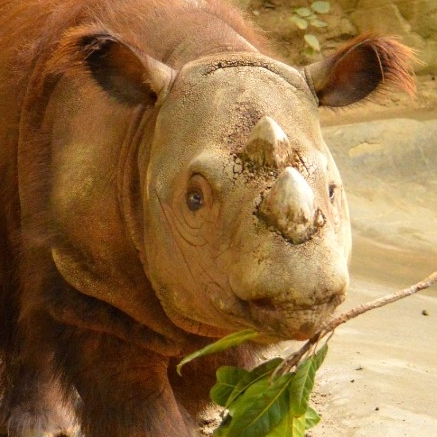 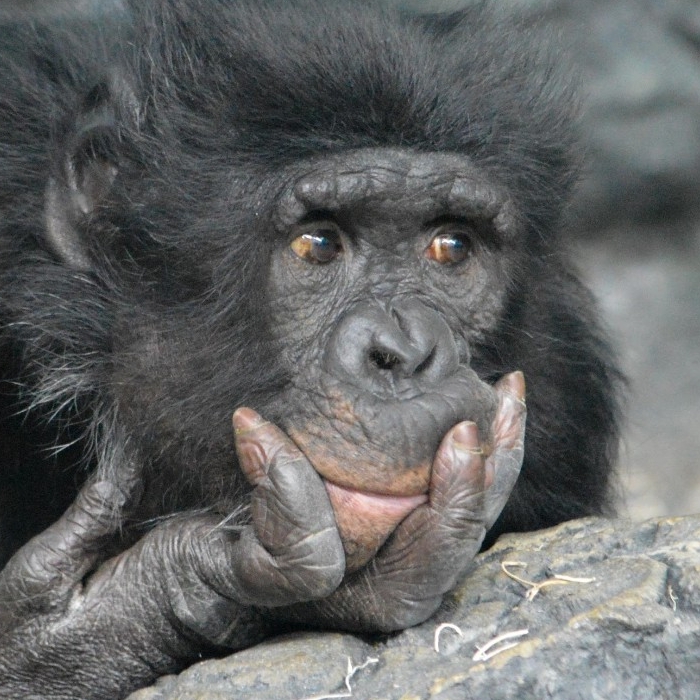 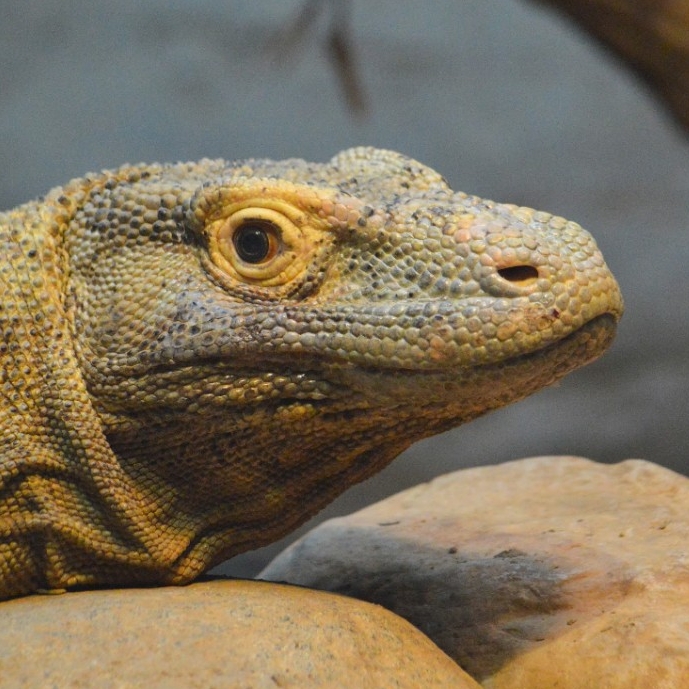 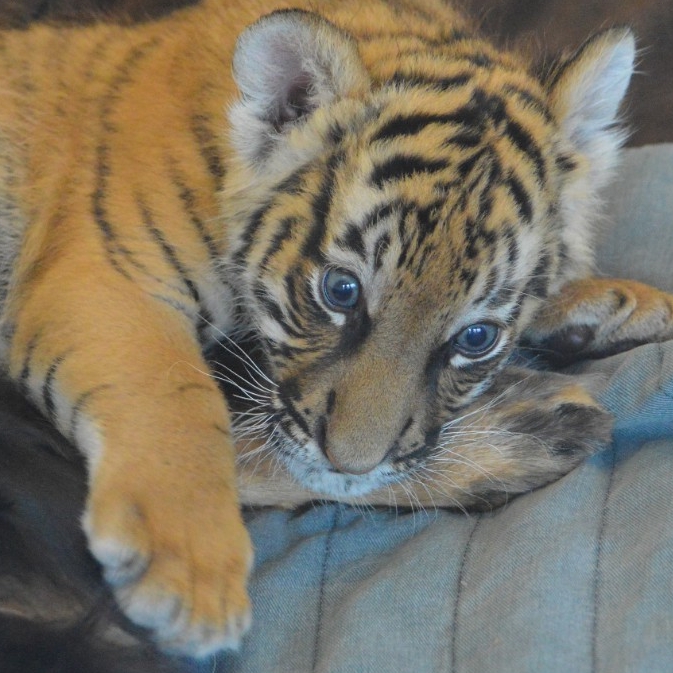 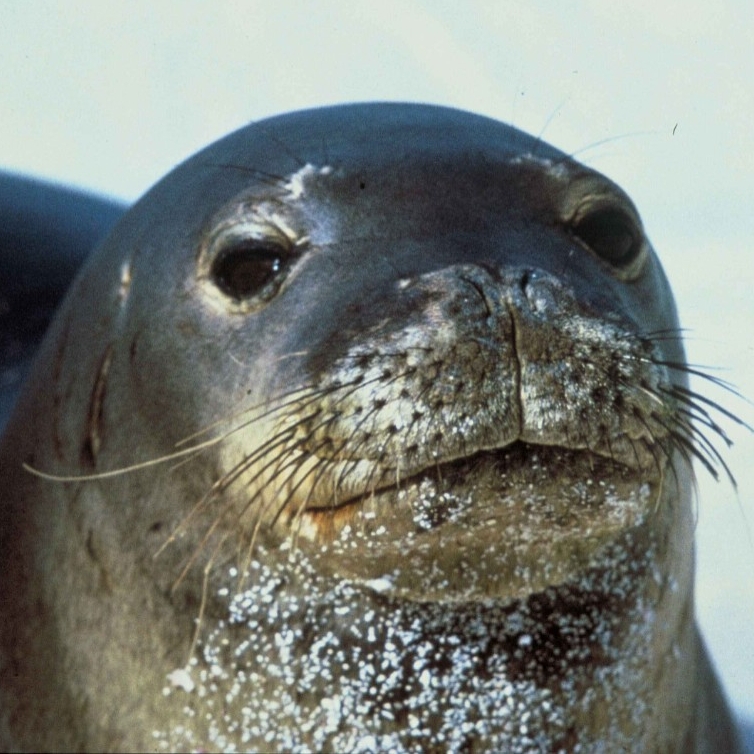 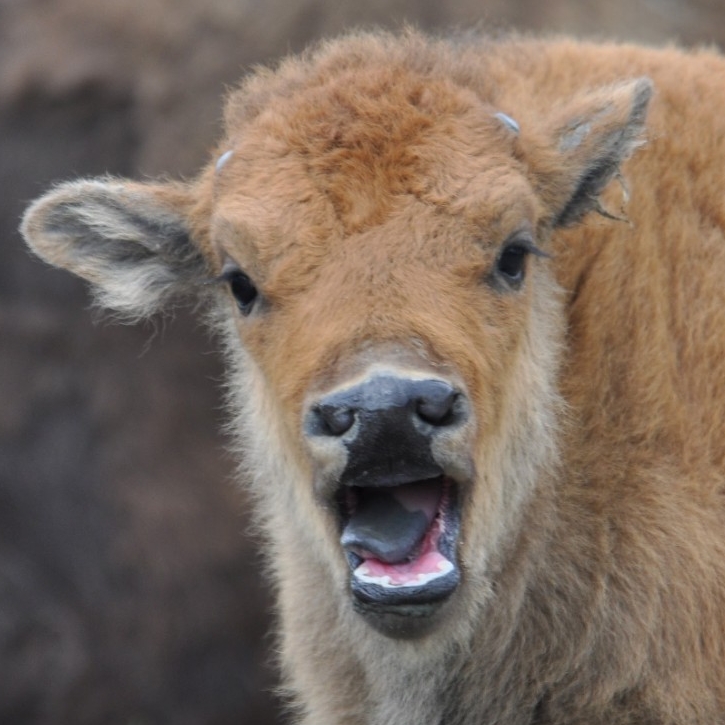 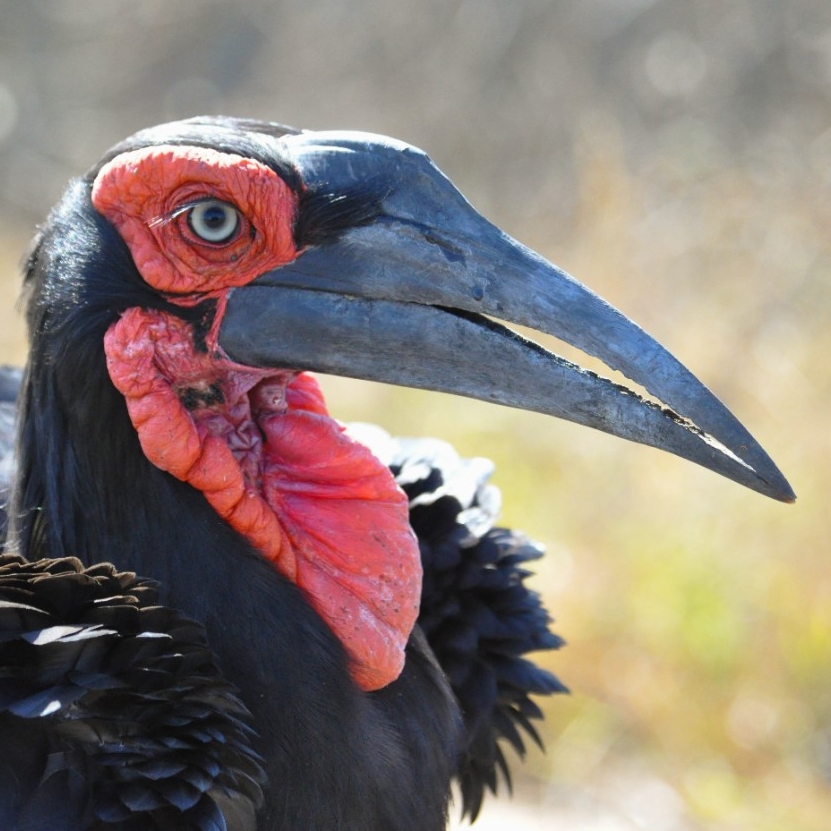 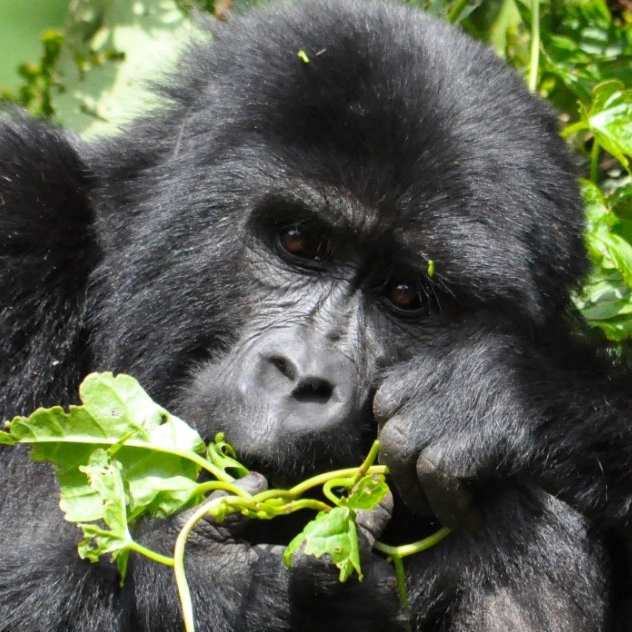 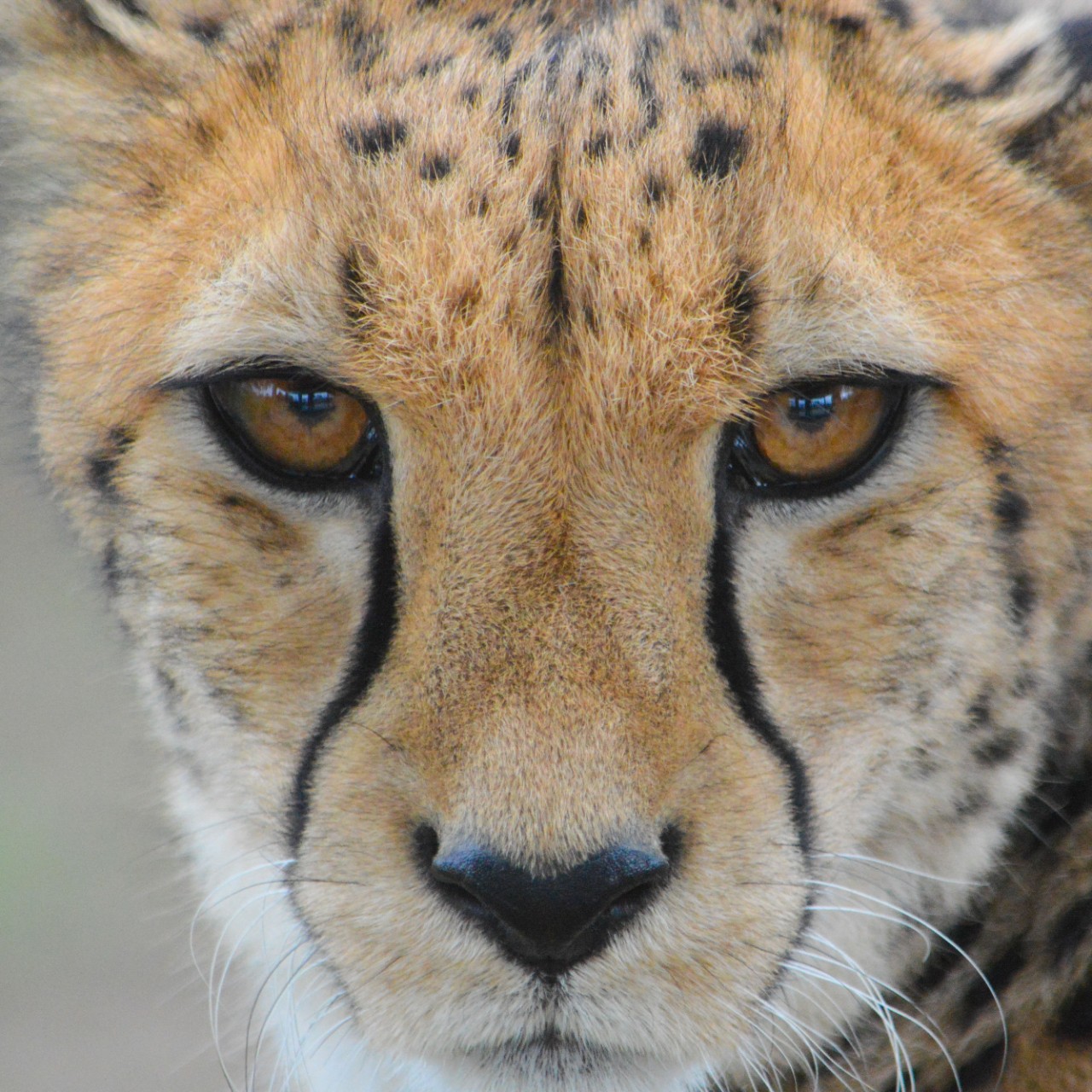 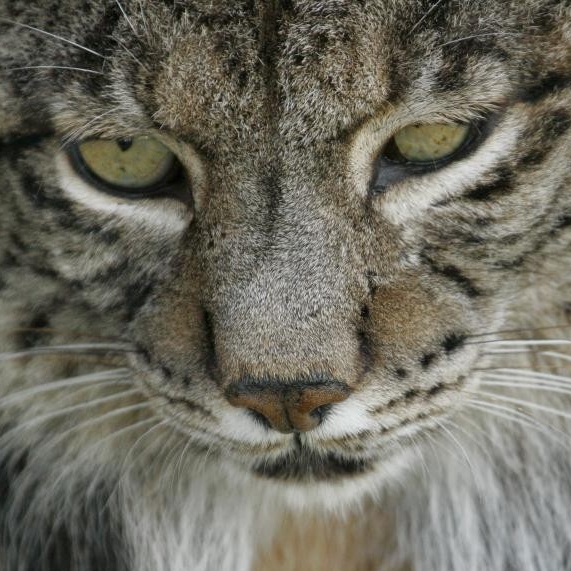 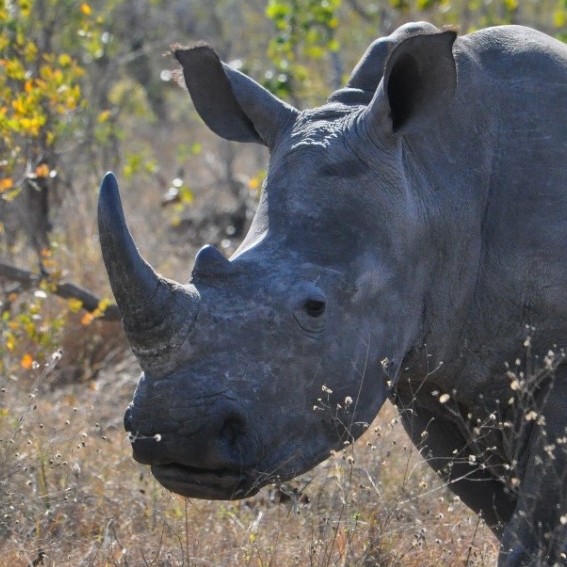