Teaching music as a universal language

Ammerman’s never wanted to be a performer, however.

Music teachers surrounded her during her adolescence, making it hard not to fall in love with the idea of teaching for a living.

“I love playing and making music, but all I have wanted to do is teach,” Ammerman, CCM ’06, says.  “I love education, and I love working with people more than anything.”

Now a music teacher of four years at Annandale High School in Fairfax County, Virginia, Ammerman is fulfilling her dream as a teacher with unique and eccentric methods. Her unconventional teaching style is completely in sync with her upbeat personality, and she believes it’s her mission as an educator to find ways to spark the minds of the students and keep them engaged.

“I like to make music meaningful and connect with my kids through storytelling,” the music teacher says.

“The students always want to come back day after day,” she explains. “They always say they never know what to expect when they walk in my room because I am just so crazy and different.”

In honor of her quirky methods, Ammerman was named the Virginia Orchestra Director of the Year by the American String Teachers Association in 2015.

“It was really incredible to find out that I won, and it was really inspiring to keep working harder,” she says. “It was one of those things where I thought if they believe in me this much, then I can continue to do this and make more of a difference.”

Growing up in a Cincinnati household with a mother who taught piano was an easy way for Ammerman to immerse herself in music. And when she wasn’t learning at home, Ammerman was soaking up knowledge from her grade-school orchestra teachers in class.

Susan Hughes, CCM ’78, taught Ammerman’s elementary music classes, where she initially started to learn strings with her so-called second mother. Ammerman says she not only took up the violin because she loved the sound it made, but also because it allowed her to be in another class with Hughes each day.

“I loved her so much, and I wanted to be around her more,” Ammerman says. “There was so much joy coming out of her classroom.”

Hughes, a music teacher for 30 years at Welch Elementary, started teaching Ammerman in the early ’90s, from first grade through fifth grade. Having her in multiple classes a week, Hughes saw nothing but potential and pure joy coming from this student of hers.

“Angie loved music, and she was just a sponge,” Hughes says. “She was curious, always participating and always prepared.”

After leaving Hughes, Ammerman became a student of Gayley Hautzenroeder and was in her middle-school orchestra class. Hautzenroeder, CCM ’72, also knew early on that Ammerman was special and gifted. “There are some people that are intrinsically motivated, and Angie has always been that way,” she says. “It was a pleasure to watch her grow.”

Hautzenroeder knew of her student’s capability and convinced Ammerman to start teaching both violin and piano to other students. At the end of her high school career, she was teaching both instruments professionally.

“She gets along so well with other people,” Hautzenroeder says. “She was able to work with a group long before she went to college. Angela is very sensitive to people’s needs, which I think is very admirable.” 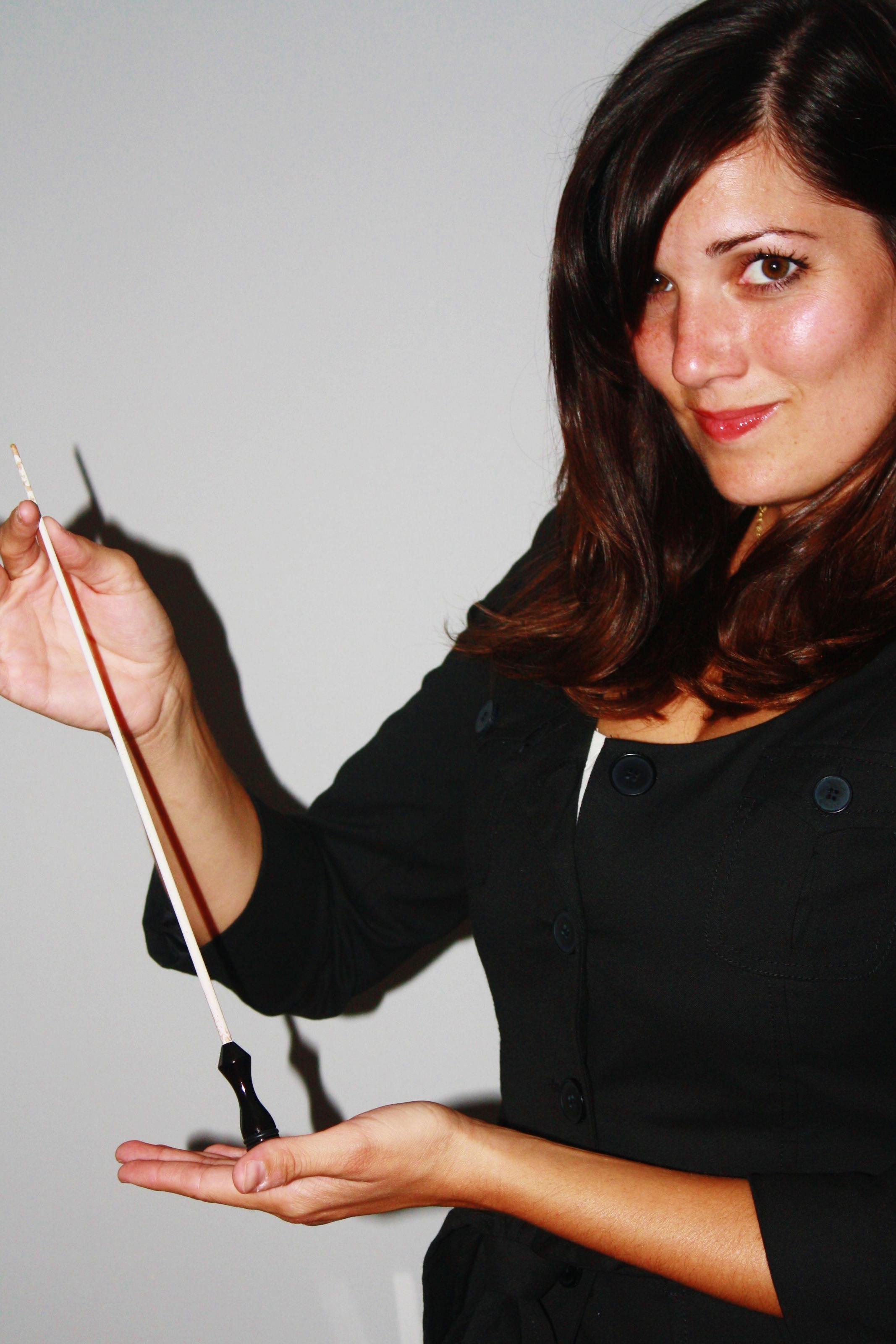 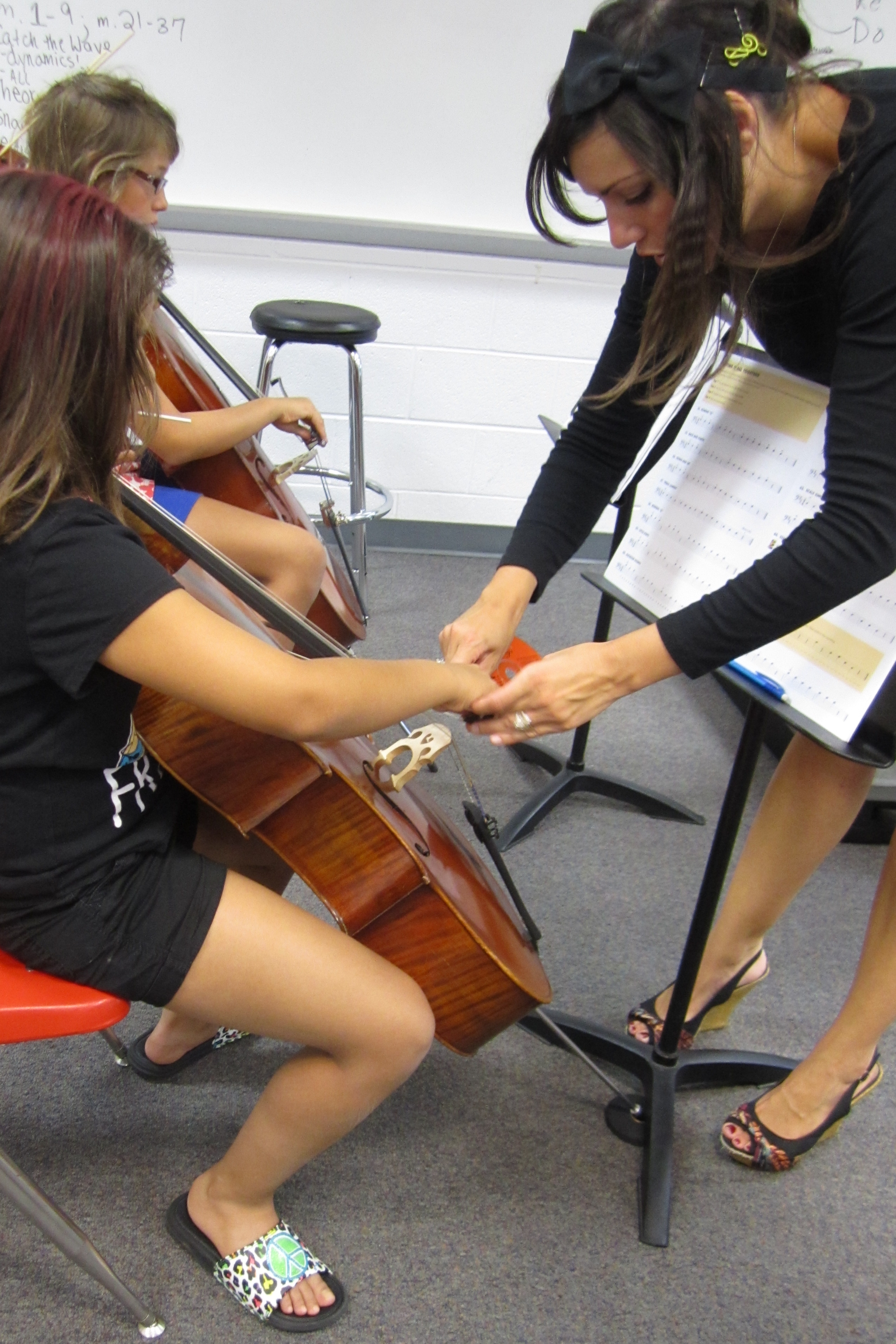 Ammerman continued to expand her musical gift not only in the classroom of her high school, but also at her church helping the children’s choir and as a camp counselor during summers at an American String Teachers Association camp.

“I was really lucky to get experiences early to teach music, which is rare,” Ammerman says. “That really shaped so much of what I do now. Having those early experiences really made a big difference for me.”

At CCM, Ammerman was a music education major, like Hughes and Hautzenroeder, and had her concentration in piano. She significantly found her identity and embraced her role as a teacher during a class her freshman year. She and her classmates were sent to Clifton high schools to teach a music appreciation class.

“These were kids that had struggled through school,” she says. “Going into that kind of situation and seeing the students that were in that music appreciation class, I was scared to death. But, they were really great for us. That was a really important moment for me because I realized that you can teach anybody.”

Ammerman continually strives to be different in her classroom and create a home for her students.  Last year, she helped organize a benefit concert for a student of hers with a traumatic brain injury. Ammerman explained music was the only class where the student didn’t feel pain. So, a music festival was planned to help raise money for the surgery.

“We raised over $13,000,” Ammerman says. “It was a six-hour concert, and we had over 50 people perform. It was just an outpouring of love for this student and this family. It was one of the most amazing things I’ve ever been able to do and see.”

Currently, she is planning her future music educators’ camp for the summer that she started just last year.  This camp is a way for high school students to gain real teaching experience before they graduate, just like she had.

“Like all of those experiences I had through Susan, Gayley and the American String Teachers Association, I started to put those into work for my own camp for kids who want to be music teachers,” she says. “It’s really neat to further that influence that those others had on me.”

When she wants to do something, according to Hughes and Hautzenroeder, she goes it with full force. There is no halfway with her. “Angie is not only helping the students musically, but she is helping them build personal relationships as well,” Hughes says. “She is an exceptional person and an exceptional teacher.”

Recently, Ammerman had been selected as a finalist for the Fairfax County Teacher of the Year award as she continues to creatively mold the minds of her high school orchestra students.

“Music to me is not just notes on a page. It’s not even just the performance,” Ammerman says. “Music is a universal language. It is communicating with an audience, and it’s communicating something that sometimes can’t be spoken. It’s teaching. ”

Morgan Batanian is a senior journalism student and worked as a writing intern with UC Magazine.