Thousands of anti-abortion protesters gather at the Jan. 27, 2017, March for Life in Washington, DC. The march is a gathering and protest against the
United States Supreme Court's 1973 Roe v. Wade decision legalizing abortion. Credit: James McNellis under CC BY 2.0

How abortion launched the
religious right’s fight for rights

A new book by a University of Cincinnati political researcher details how conservative Christians driven by anti-abortion politics co-opted the rights-based language of political liberalism to win political and legal battles and build grassroots support.

Civil rights. Women’s rights. Gay rights.  Rallying calls for individual and minority rights has long been the domain of the political left.

But as fewer Americans identify as religious, a University of Cincinnati political researcher and author says conservative Christians are increasingly turning to the same playbook of their liberal counterparts to advance and defend priorities like free speech and religious liberty.

The result, says Andrew Lewis, an assistant professor of political science, is a growing conservative rights-based advocacy fueled by the politics of abortion.

Lewis, an expert in the intersection of American politics and religion, details this conservative baptism into political liberalism in his new book, “The Rights Turn in Conservative Christian Politics: How Abortion Transformed the Culture Wars.”

The book, released by Cambridge University Press, chronicles the dramatic shift in America’s political landscape and culture wars over the past four decades as religious conservatives pivoted from defending cultural and biblical morality to instead building a political strategy based on asserting individual rights.

This evolution, says Lewis, is monumental.

“Evangelicals have come to support radical protest and unfettered political speech in ways that would have been unthinkable only a generation or two ago,” Lewis writes. “The result is a refashioning of the American ‘culture war.’” 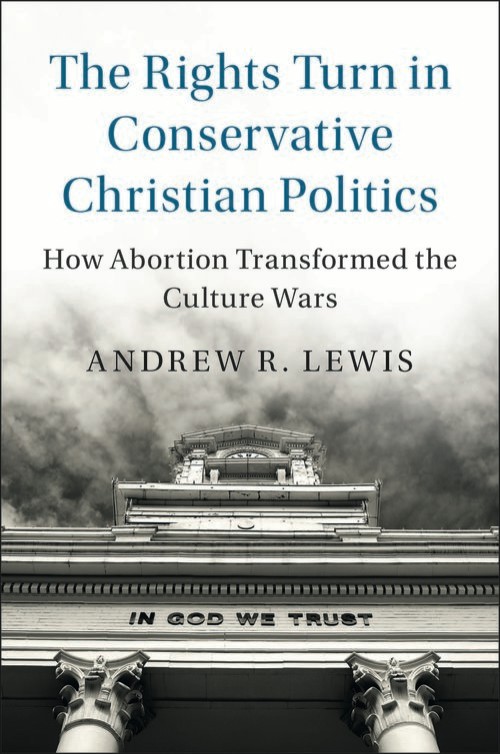 Indeed, it was only two decades ago that some influential conservatives sharply rebuked so-called “rights talk,” Lewis explains. So how and why did religious conservatives come to embrace the language of liberalism?

The politics of abortion, he says, is the key to understanding the right’s shift on rights.

Traditionally, religious conservative politics have long been rooted in biblical conservatism. Whereas liberals typically emphasized individual and minority rights, conservatives tended instead to promote moral communities based on Christian values.

Then, the author notes, following the U.S. Supreme Court’s 1973 decision in Roe v. Wade, anti-abortion activists found themselves a political minority, an unfamiliar position that prompted a new focus among the ranks on free speech and religious liberty.

Still, it wasn’t until the late 1970s that evangelicals became active in abortion politics and even longer still until they consistently applied a rights-based language to the cause. The strategy, says Lewis, was inspired by an unlikely source: Catholics.

As Lewis details, for much of American history, Catholics and evangelicals, particularly Baptists, were often foes in many public affairs battles.

For decades, Catholics had framed their anti-abortion position in the language of human rights — the individual right to life. While evangelicals increasingly decried legalized abortion for a variety of reasons, including opposition to feminism and sexual freedom, abortion opposition was still mostly seen as a Catholic issue.

Enter Francis Schaeffer. In the mid-1970s, the evangelical theologian, pastor and political activist began to stoke fears among Christians that not only was America in a moral decline, but that its fall was inextricably linked to abortion. Lewis says his call for conservative Christians to join the anti-abortion crusade rallied evangelicals to action.

While the early evangelical anti-abortion movement contained a “stream of rights” consciousness, Lewis says that their turn toward rights would evolve over the next two decades.

“It was a better public argument, and it worked well as anti-abortion advocacy would be augmented by various First Amendment political and legal arguments,” he explains.

These two rights-based claims in particular — religious liberty and the right to life — not only motivated evangelical conservatives to learn more about the power of individual rights arguments, but also informed a new political strategy by which they sought to claim them, explains Lewis

After gaining political traction in the 1970s, the politics of abortion and a rights-based strategy to oppose it soon came to be a driving force in framing broader evangelical positions and issues, writes Lewis.

Free speech, for instance, was championed throughout most of the 20th century mostly by minority and radical political groups such as the Ku Klux Klan, Socialist Party, libertine social critics and so-called “smut peddlers” like Hustler founder Larry Flynt, many of whom were defended by liberal organizations like the American Civil Liberties Union.

However, in the past two decades, conservatives — especially conservative evangelicals — have become leading advocates of a broad, individual right to free speech, including unprecedented support for radical protest and unfettered political speech, writes Lewis.

But while conservative Christians may be more supportive of some individual liberties, they continue to reject many other forms of individual rights, especially those related to sexual morality, Lewis notes. 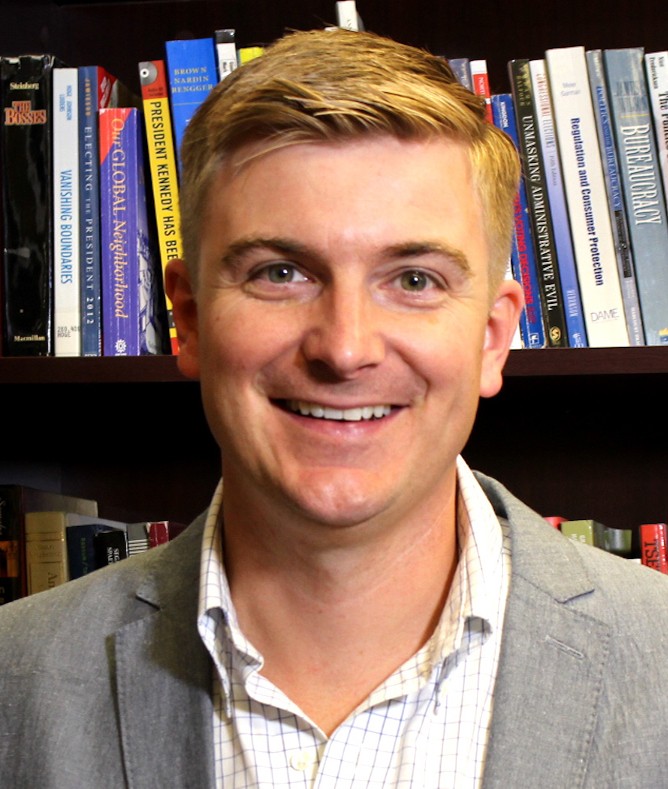 Conservative rights claims are also wielded, he says, to counter liberal-backed policies such as limitations on campaign contributions and the separation of church and state.

“These rights claims use individualism to preserve traditional morality, if not for the entire country at least for the religious sect,” writes Lewis. “In the process, conservative Christian activists are making legal and political justifications that would have been controversial, if not untenable, only a generation ago.”

From moral majority to minority

The turn to rights by evangelical conservatives marks a seismic change in American politics and religious advocacy, Lewis argues.

And the arc of the movement, which picked up steam in the mid-1990s and has fast accelerated in the past decade, will continue to bend toward individual rights — especially, Lewis says, as the moral majority of the 1970s increasingly becomes an embattled minority, both culturally and demographically.

“There is a decline going on that religious people, especially white Christians, are no longer in the majority.  That matters,” he insists. “They’re operating in a different cultural environment, and it’s forcing a rethinking, particularly among the younger cohorts.”

Consider the 2016 U.S. presidential election, Lewis points out. Many evangelicals supported Donald Trump not because he would restore Christian majoritarian politics, but because he promised to safeguard religious liberties as well as advance the political goals of anti-abortion proponents and religious freedom advocates. 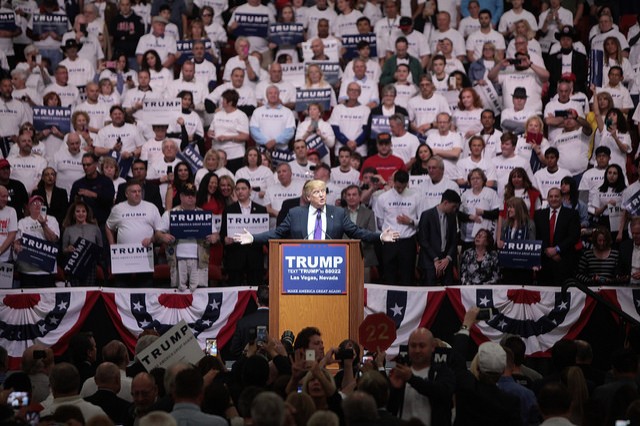 Donald Trump speaking with supporters at a Feb. 22, 2016, campaign rally at the South Point Arena in Las Vegas, Nevada. Credit: Gage Skidmore under CC BY 2.0

This current rethinking among conservative evangelicals has also led to an increased and newfound tolerance for the rights of other groups, even those they may not like or agree with, says Lewis.

Using extensive historical and survey data, Lewis reveals that when evangelical conservatives are primed to think about protecting their own rights as minorities, they became much more willing to extend the same rights to others.

“This is a real positive for our democratic politics,” insists Lewis. “There really is a learning about rights that is going on. It’s not perfect. It’s very episodic. But the general trend is that religious conservatives are much more respectful about other people’s rights than in the past century.”

Lewis’ book not only offers one of the most thorough historical and political analyses of the cultural changes in American evangelical politics, but also examines a brewing rift among the religious right in the wake of the 2016 presidential election.

“For some evangelicals and conservative Christians, it’s a commitment to protecting their own rights and partnering with others to try and find certain religious freedom protections while existing as an active minority. For others, it’s about trying to recapture the culture of generations past,” Lewis explains.

Regardless of which side of the political spectrum readers may fall, “It’s a fascinating time to study this stuff,” says Lewis.

Lewis documents this change on the right, focusing primarily on evangelical politics. Using extensive historical and survey data that compares evangelical advocacy and public opinion, Lewis explains how the prototypical culture war issue — abortion — motivated the conservative right’s turn over the past half century, serving as a springboard for rights learning and increased conservative advocacy in other arenas.

What critics are saying

"Lewis has provided an excellent analysis which bridges the gaps between several subfields of political science. This works is empirically sophisticated, theoretically nuanced, and addresses important questions in normative democratic theory. As a study of the interplay of public opinion, public policy, and public discourse, this fine book will serve as an exemplar."
- Ted G. Jelen, University of Nevada, Las Vegas

"If you want to understand the future of cultural politics in America, read this book. No longer do evangelicals claim to speak for a moral majority; instead, they seek the protection of their rights as an embattled minority. This insight — masterfully chronicled and convincingly argued — is like a Rosetta Stone for contemporary cultural politics."
- David Campbell, University of Notre Dame

Learn more about how UC's undergraduate and graduate programs in Political Science are preparding graduates for careers that have a national impact and global reach, or explore other degrees and programs. Tour the campus and apply today.