Secrets of the Griffin Warrior

Two years after a team of University of Cincinnati archaeologists uncovered the Griffin Warrior’s tomb, new revelations gleaned from the ancient warrior-priest’s treasure-laden grave continue to emerge. What they tell researchers could re-write ancient Greek history.

When University of Cincinnati researchers uncovered the 3,500-year-old tomb of a Bronze Age Warrior in southwest Greece in 2015, they unearthed far more than an incredible trove of priceless gold and silver cups, precious jewelry, bronze weapons and armor and other riches.

The discovery, hailed by experts as “the find of a lifetime,” represents a time capsule preserving not only the details of the life of what is believed to have been a powerful Mycenaean warrior or priest, but of an era of ancient Greek civilization still steeped in mystery.

Dead men do tell tales. And what the tomb of the so-called “Griffin Warrior” tells scholars may unlock the mysteries of the roots of Western civilization.

Sharon Stocker, a senior research associate in UC's Department of Classics, and Jack Davis, the university's Carl W. Blegen chair in Greek archaeology, continue to reveal new revelations from artifacts discovered in the tomb, including important insights gleaned from four Minoan-style gold signet rings that are on their own a hugely significant find for scholars. 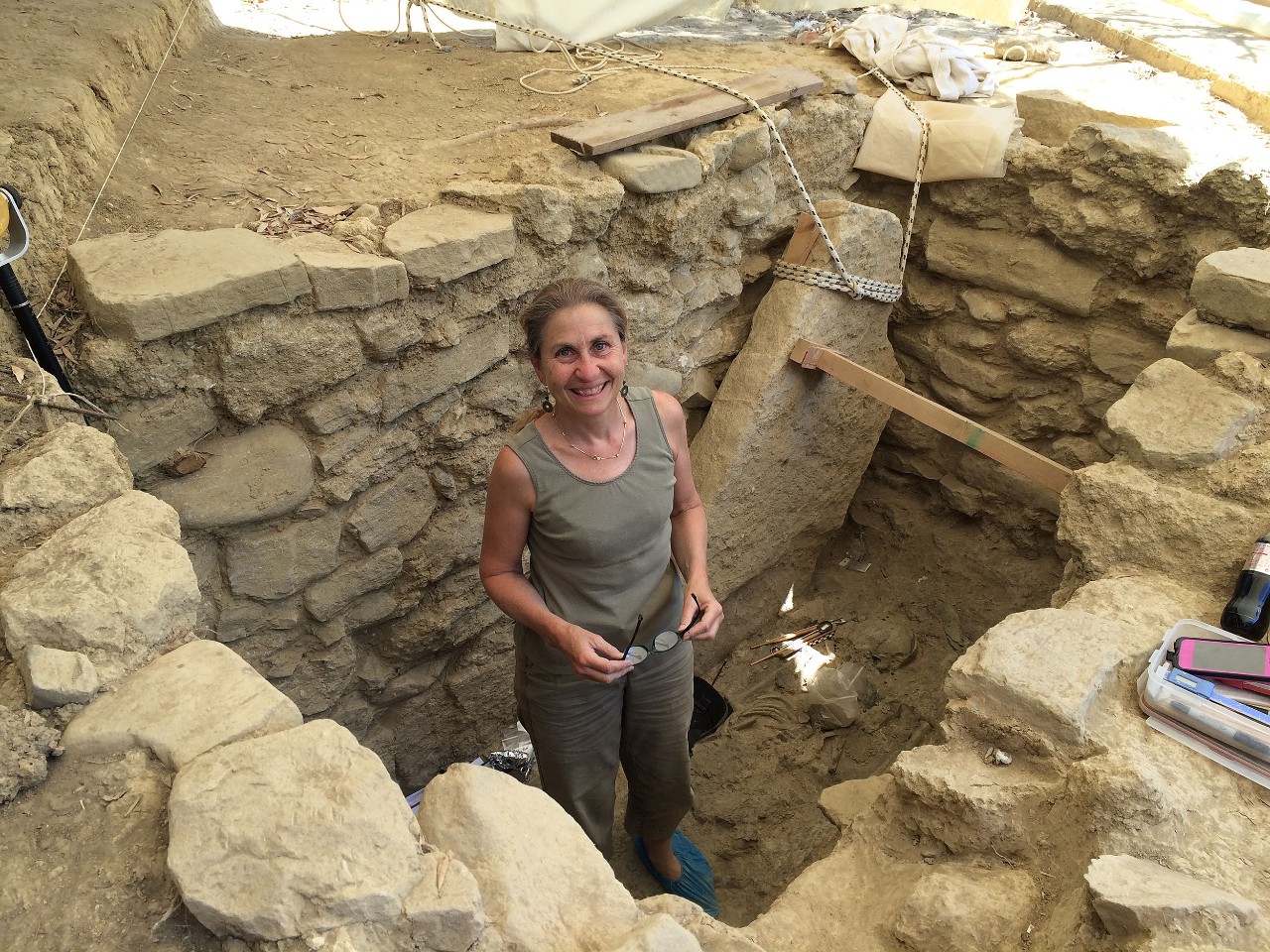 Stocker and Davis detail their astonishing archaeological discovery in the cover story of the January/February 2017 edition of Smithsonian magazine, a national publication with a circulation of more than 2 million.

The very first organized Greek society belonged to the Mycenaeans, whose kingdoms exploded out of nowhere on the Greek mainland around 1600 B.C. Although they disappeared equally dramatically a few hundred years later, giving way to several centuries known as the Greek Dark Ages, before the rise of “classical” Greece, the Mycenaeans sowed the seeds of our common traditions, including art and architecture, language, philosophy and literature, even democracy and religion. “This was a crucial time in the development of what would become Western civilization,” Stocker says.

Yet remarkably little is known of the beginnings of Mycenaean culture. The Pylos grave, with its wealth of undisturbed burial objects and, at its bottom, a largely intact skeleton, offers a nearly unprecedented window into this time—and what it reveals is calling into question our most basic ideas about the roots of Western civilization.

Read: This 3,500-Year-Old Greek Tomb Upended What We Thought We Knew About the Roots of Western Civilization 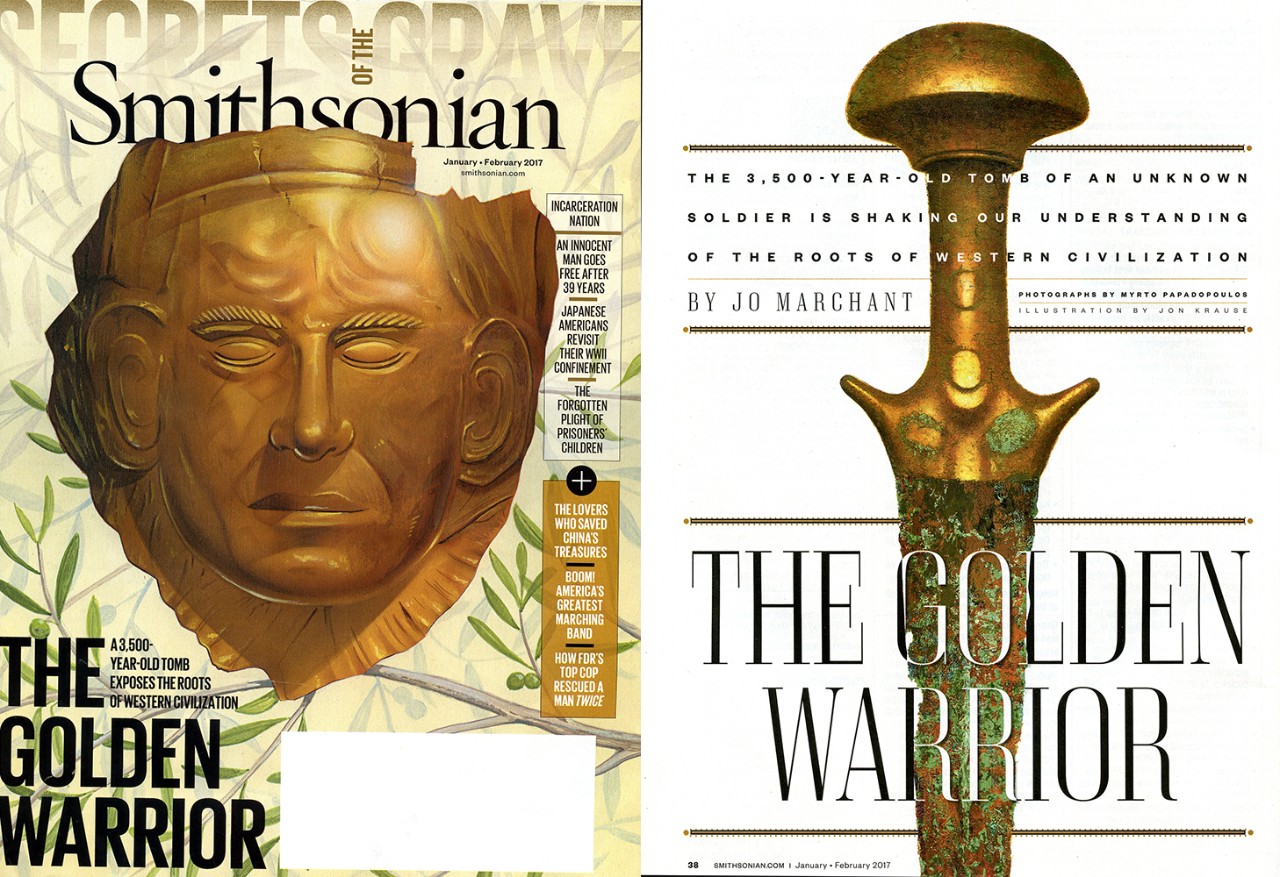 “Lord of the Gold Rings: The Griffin Warrior of Pylos,” published in the October-December edition of Hesperia: The Journal of the American School of Classical Studies at Athens.  Read online or download a PDF via JStor.

The first academic article on the unlooted grave of the Griffin Warrior focuses on the four gold signet rings found with the warrior. Davis and Stocker present the excavation of the grave, its finds, and the warrior himself, providing context for the rings.  Then they describe the rings themselves and the religious scenes they depict. The significance of the rings’ iconography is also discussed, with special consideration given to the possible relationships between the items shown on the rings and the objects found within the grave. 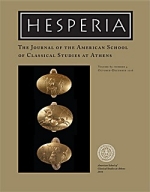 The impact of the latest discoveries has been noted by global media coverage, including news written in Greek, Russian and Arabic. A few of the more prominent mentions include:

The prestigious Vatican-sponsored award recognizes those who have made significant contributions in their field and who have embraced the principles of friendship and collaboration among all peoples and nations. 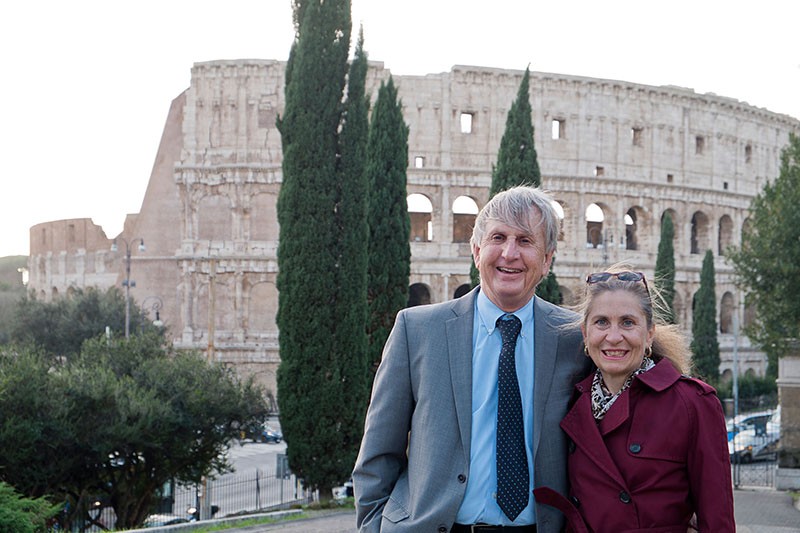 About the “Griffin Warrior”

In the spring of 2016, a UC-based team made a rich and rare discovery of an intact, Bronze Age warrior’s tomb dating back to about 1500 B.C. in the Pylos region of Greece. The Greek Culture Ministry declared the find the “most important to have been discovered [in continental Greece] in 65 years” by the Greek Culture Ministry. The tomb revealed a remarkably intact skeleton, which UC researchers dubbed the “Griffin Warrior” for the discovery of an ivory plaque adorned with a griffin — a mythical beast with the body of a lion and the head and wings of an eagle — buried with him. The 3,500-year-old shaft grave also revealed more than 2,000 objects arrayed on and around the warrior’s body, including four solid gold rings, silver cups, precious stone beads, fine-toothed ivory combs and an intricately built sword, among other weapons.

Read more about the Griffin Warrior tomb at UC Magazine:

Additional information is available at www.griffinwarrior.org

For 75 years, the Department of Classics of the University of Cincinnati College of Arts and Sciences has organized and supported archaeological research projects in the Mediterranean. This commitment to sustained archaeological research is paralleled by few other academic institutions in the United States. A consistent program of excavations and surveys has built the department's well-deserved reputation as one of the world’s preeminent centers of graduate education in pre-Classical and Classical archaeology.