UC philosopher Adrian Parr and a Nairobi villager work together to find solutions for UNESCO water and sanitation issues in Africa. Photo/Jon Hughes/Photopresse

At the heart of a new book about the future of environmental sustainability, University of Cincinnati’s Adrian Parr looks for radical, yet positive solutions through the lens of an “environmental imagination.”

Parr, UC professor of environmental politics, political philosophy and cultural criticism and author of “Birth of a New Earth: The Radical Politics of Environmentalism,” describes “environmental imagination” as a clever philosophical tool she uses to create a visual image of a world that works cooperatively to combat ongoing environmental degradation and massive poverty.

“Too often, environmental destruction is unintentionally enabled by well-meaning groups and political systems that support counterproductive global capitalism, corporate control and militarism,” says Parr. “Here we have the human species almost on its deathbed all the while continuing to perpetuate the problem.”

In the book –– a philosophical investigation into how we can successfully live together as human beings with our environment and other species –– she hones in on strategies that are having a positive impact, such as experiments in food sovereignty, collaborative natural-resource management and sustainable public-interest architectural design initiatives that test new models of economic principles. 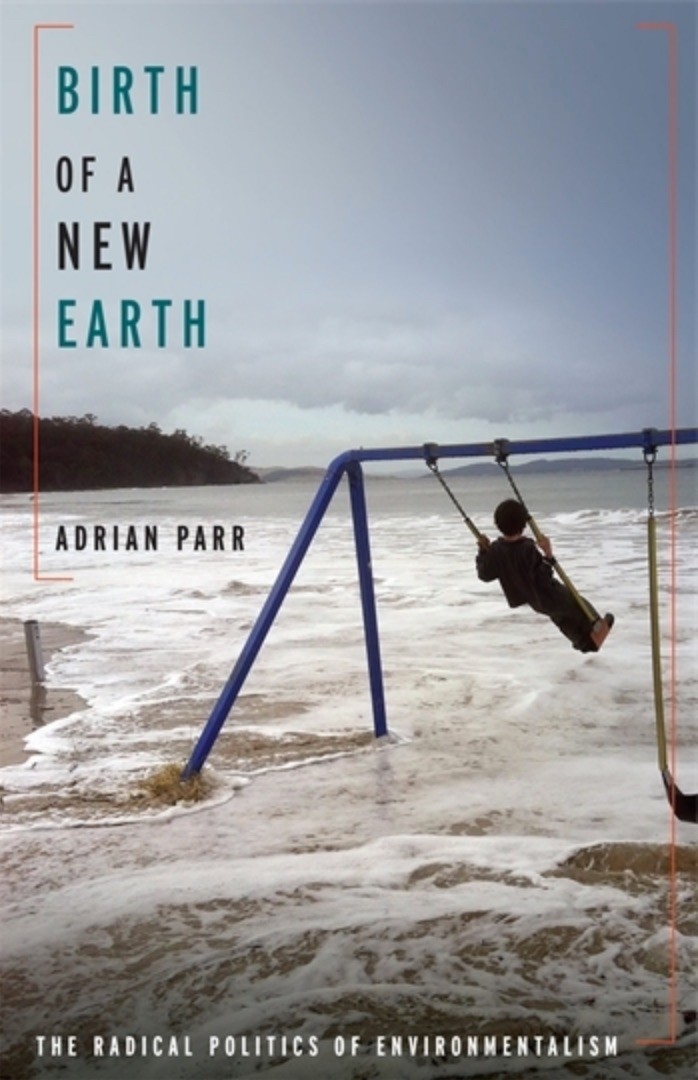 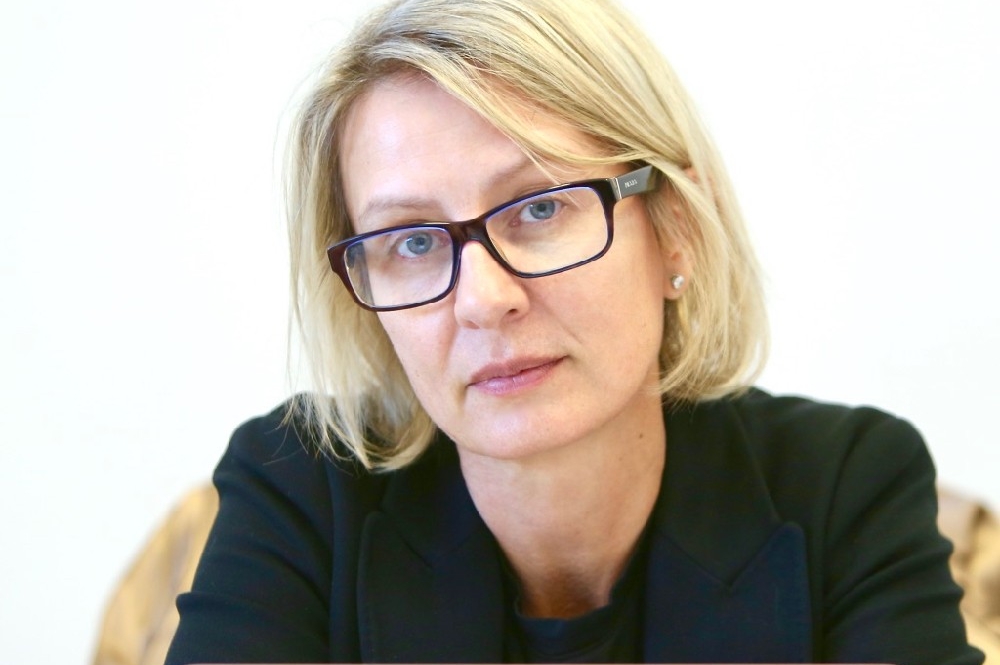 “As Adrian Parr suggests in timely fashion, imagination may be the best weapon we have in the fight against environmental destruction, as useful as a new engine or a bigger windmill.”

In Parr's trilogy of books about the environmental crisis, she takes readers on a tour of sustainability issues beginning with “Hijacking Sustainability.”

In the second book, “The Wrath of Capital: Neoliberalism and Climate Change Politics,” Parr takes her investigation one step further, exposing policymakers for repeating the same strategies that cause the problem in the first place.

“Birth of a New Earth,” third in the trilogy, sheds light on positive environmental solutions by exploring how to build positive scenarios for policymakers where political systems, corporate interests and workable collaborations actually benefit everyone.

In the book, she describes capitalistic and politically oppressive forces that, she says, are behind the continued abuse of people, animals and natural resources, and she reminds readers that fighting force with force is not always effective. 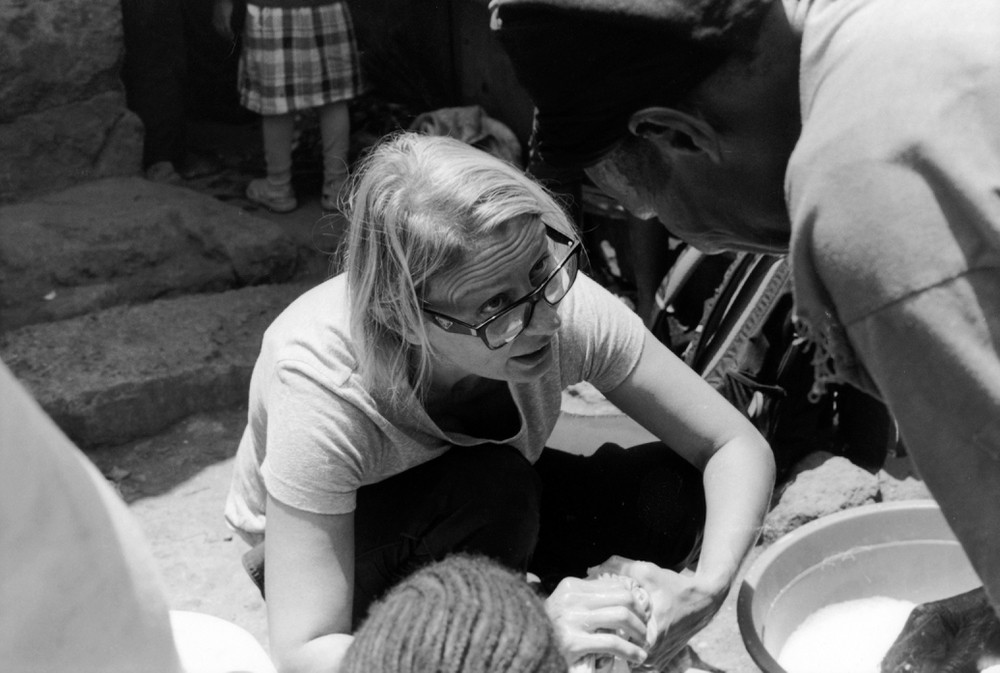 As a political philosopher, director of UC's Charles Phelps Taft Research Center and one of 30 chairs of the UNESCO water project, Parr works closely with scientists in oppresed regions all over the world and points out the distinction between positive "environmental imagination" and political imaginations that are not inherently hopeful.

One such example, she says, is a reactionary imagination caused by an elite-filled political system that twists the very principles of the environmental movement. Parr says this results in overreacting, often with racist ideas.

“If you look back through history, very few people realize that Adolph Hitler was an ardent environmentalist,” says Parr. “He was a vegetarian and was very worried and preoccupied about animals being hurt, meanwhile he was sending six million Jews to the gas chambers.

“Hitler’s behavior toward certain groups is an example of reactionary imagination.”

“We’re not dealing with those structures, and we’re not dealing with the central problem. Instead we’re just slapping on Band-Aid solutions,” says Parr. “This is what I’ve dealt with to date in the last two books, and this third book is now asking, ‘How do we pause and take a deep breath? How do we open our eyes and have hope for our children, future generations and other-than-human species?’”

Water's reflection of a larger problem

“In a fascinating discussion with the Israelis about their water politics with the Palestinians, they asked me what I would suggest,” says Parr. “I explained the act of aiming for a kind of utopia as a formal exercise, an imaginary, if you will, that can force us to stretch ourselves beyond current conditions. To think and to imagine and experiment with inclusive options using attitudes of generosity in place of narcissism and the defensiveness of dogma.

“The starting principle is that water is something that you share, and to do that with the Palestinians you have to start with the simple premise of friendship."

As part of her ongoing water preservation project with UNESCO, Parr followed four women closely last year through the slums of Nairobi, Africa, looking at water and sanitation facilities that were being developed.

It was this exploration that resulted in not only the award-winning documentary film, "Intimate Realities of Water" but also the informative backbone for two chapters in her new book, specifically around the dark side of dignity and development. Parr produced, wrote and narrated the documentary. She co-directed with current and former photojournalism faculty Sean Hughes and Jon Hughes. 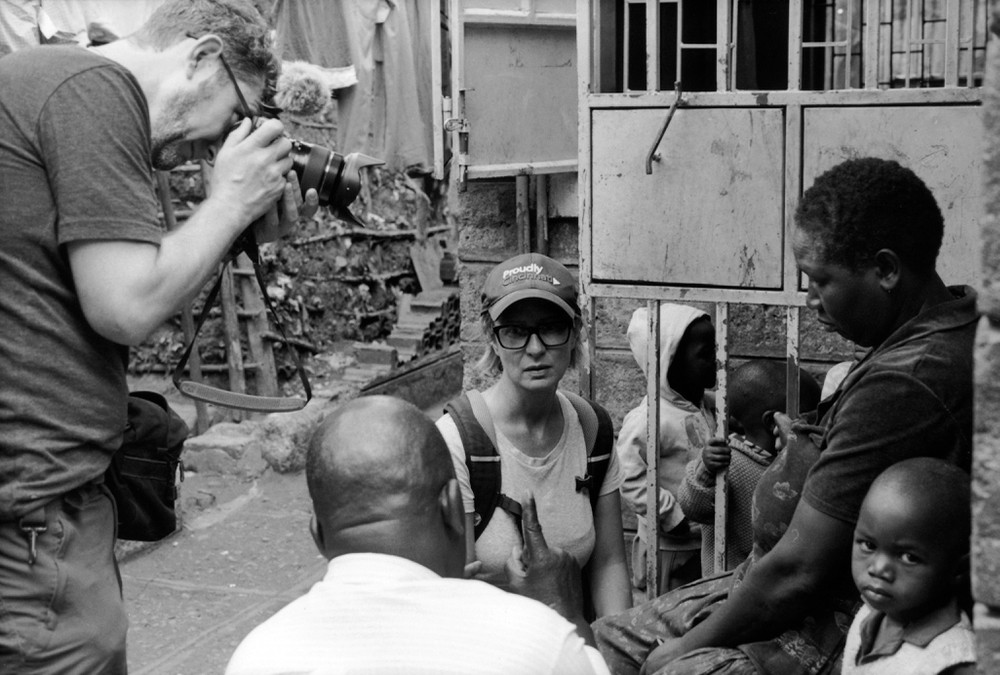 Parr leans on the work of the late American political theorist Hannah Arendt, another philosopher who used empathy as a philosophical tool to bring the public sphere together.

It is this type of common-sense approach, she says, that will bring people back together to collaborate, compromise and reach across the table.

“I don’t believe in climate change, I trust in climate change science,” says Parr in an earlier interview with the New York Times. “The general consensus coming from all scientific theaters is that an environmental crisis is going on that is exacerbated by political systems –– those that exploit and oppress so many parts of the world –– so we need to listen to that.

“My argument at its core supports the idea of reinvigorating a democratic kind of world –– not a specific form of democracy –– but bringing changes to the principles of democratization that will generate equitable and inclusive ways of living so the Earth and future generations can flourish.”

Help change the world as an active political scientist or philosopher through UC's undergrad or graduate programs.

We witness
bitter poverty and persecution
driving people into the waves
their thirsty bodies flood
another’s shoreline.
A shoreline to be shared
but which no one dares.
A new life intercepted
and turned away.
And their darkness is panic.
We witness
waters monstrous and thick,
ironclad bodies
navigate the riptides
filled with viciously good intentions
not upset
without regret
all hoping to protect
a national story
from foreign spaces of emptiness.
And their darkness is ferocious.

Imagine
a people neither blindfolded
nor kidnapped
by fundamentalists,
opportunists,
terrorists,
or
capitalists.
Standing in defiance amidst the dust and debris
of hate speech
and gangsters,
outlawed by compromises
made in other lands.
And the darkness falls silent.

Imagine
the stature
of a species never hunted
looking its killer straight in the eyes.
Or
a warrior dragging
the secrets of war
through the trapdoor.
And the darkness, it’s booming.

Imagine
another world
of wind, waves, and sun
energizing a planet once in waiting,
announcing: tomorrow has come.
Another world
impenetrably open,
struck by tomorrow’s reach
it throws out a mischievous wink,
linking arms in deep
friendship.
Like a young girl’s dreams
released inside a woman’s body,
tomorrow finds its way
past overcast skies
and mobster lies.
Filled with laughter,
the kind that saturates a world
with the sweet sounds of sisterhood and fireflies,
it swaps the forsaken futures of yesterday
where hustlers roamed the beaten tracks alone
and the hungry stared silently through the heavy heat,
with bright-eyed conviction and wonder.