The three-year study found no relationship between methane concentrations in groundwater and proximity to natural gas wells.

A study of drinking water in Appalachian Ohio found no evidence of natural gas contamination from recent oil and gas drilling.

Geologists with the University of Cincinnati examined drinking water in Carroll, Stark and Harrison counties, a rural region in northeast Ohio where many residents rely on water from private underground wells.

The time-series study was the first of its kind in Ohio to examine methane in groundwater in relation to natural gas drilling. The results were published in the journal Environmental Monitoring and Assessment.

“Some people had elevated concentrations of methane in their groundwater, but the isotopic composition showed it wasn’t from natural gas” said Amy Townsend-Small, associate professor of geology in UC’s McMicken College of Arts and Sciences.

“What we found is in most cases it was probably from underground coal in the area or biological methane produced in groundwater.” 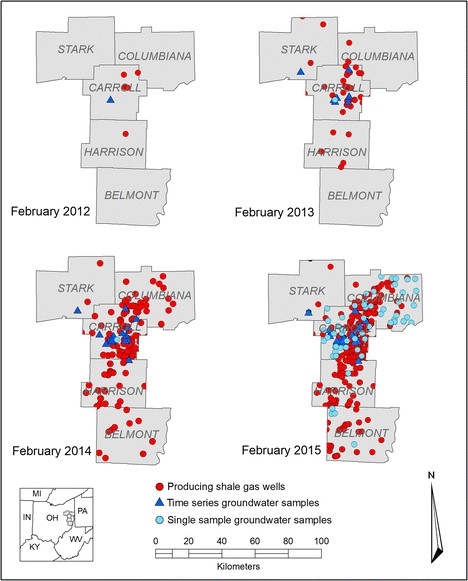 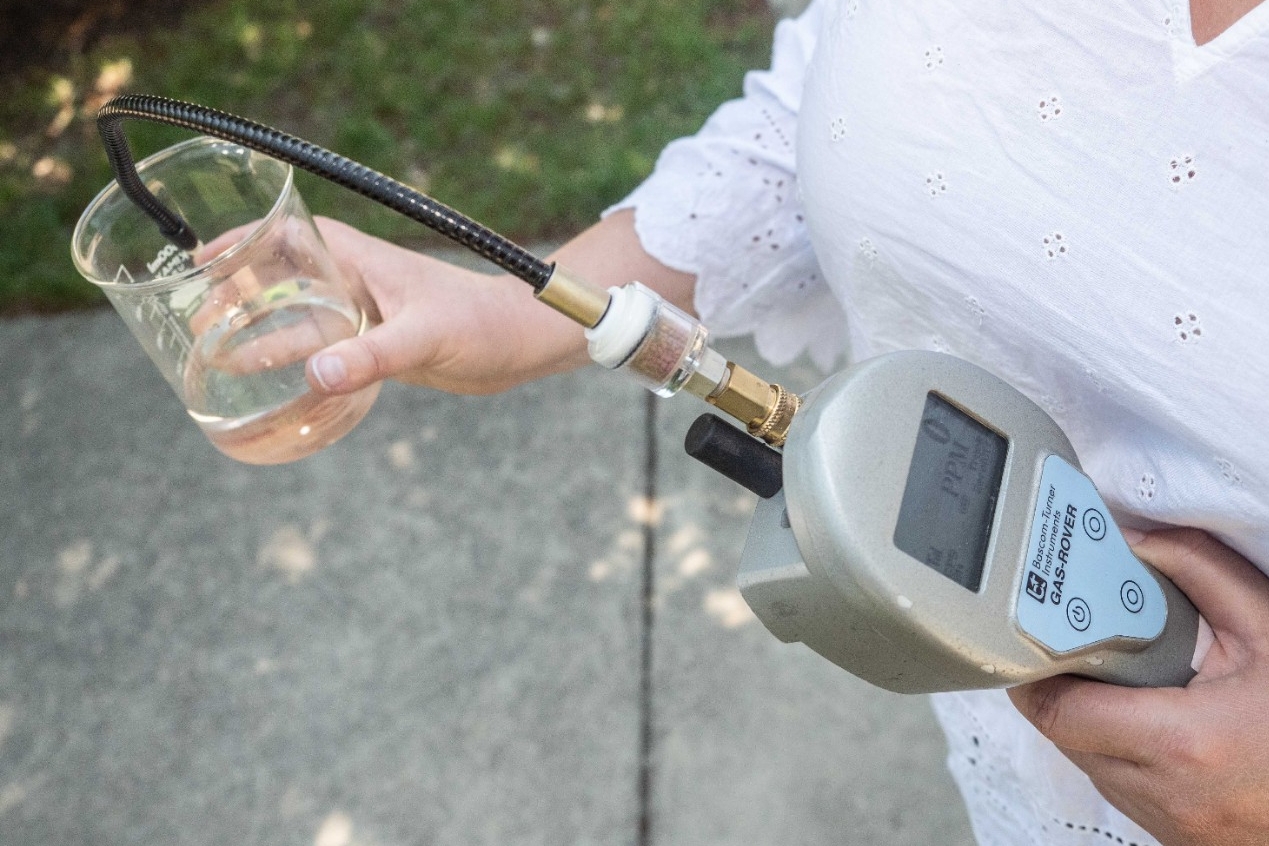 A portable device can quickly detect the presence of methane in water.

UC researchers collected 180 groundwater samples in total at homes in the three counties. Some of the sites were sampled multiple times. In particular, researchers looked for evidence of methane, the primary compound in natural gas. They also studied changes in the acidity or pH of the water, and changes to its conductivity.

They found no increase in methane concentration or composition in groundwater over the four years of the study, despite the presence of new shale gas wells drilled in the study area. Likewise, they did not find higher methane levels in closer approximation to shale drilling.

Researchers did find wide variability in methane concentrations in the drinking water, ranging from 0.2 micrograms per liter to 25.3 milligrams per liter, which is strong enough to catch fire in enclosed spaces. But researchers found no relationship between the methane observed in drinking water and the new gas wells.

“Clearly, additional monitoring is needed to determine whether methane concentrations and source signals in this region change as the number of oil and gas wells continues to increase,” the study concluded. 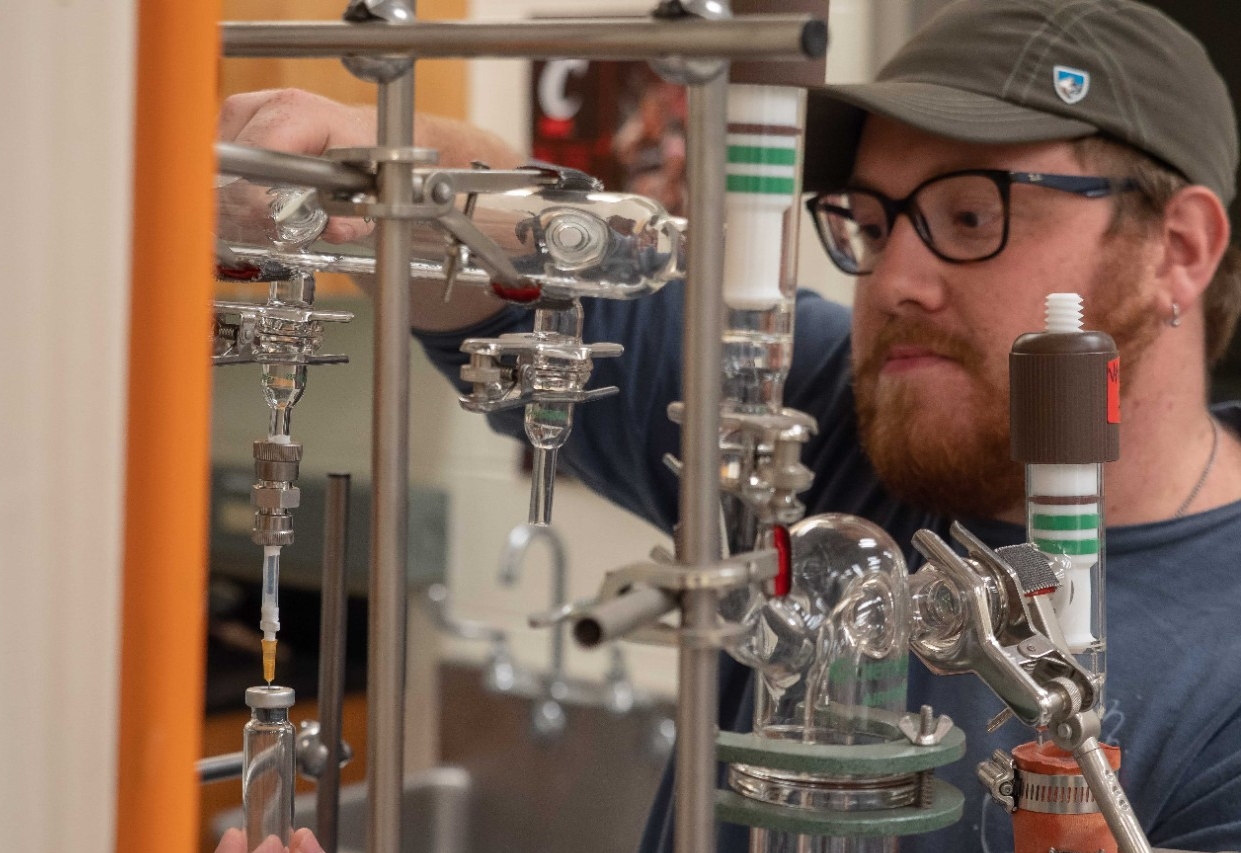 Lead author and UC graduate Claire Botner said the study solicited participation by homeowners who were willing to let researchers test their wells.

The study area has seen increasing interest from natural gas companies in recent years. It’s located above a geological feature called the Utica Shale formation, which is known to harbor oil and natural gas. When UC launched its methane study in 2012, Ohio had issued 115 drilling permits for the region. By the study’s end in 2015, nearly 1,600 permits had been issued, primarily for Carroll County. 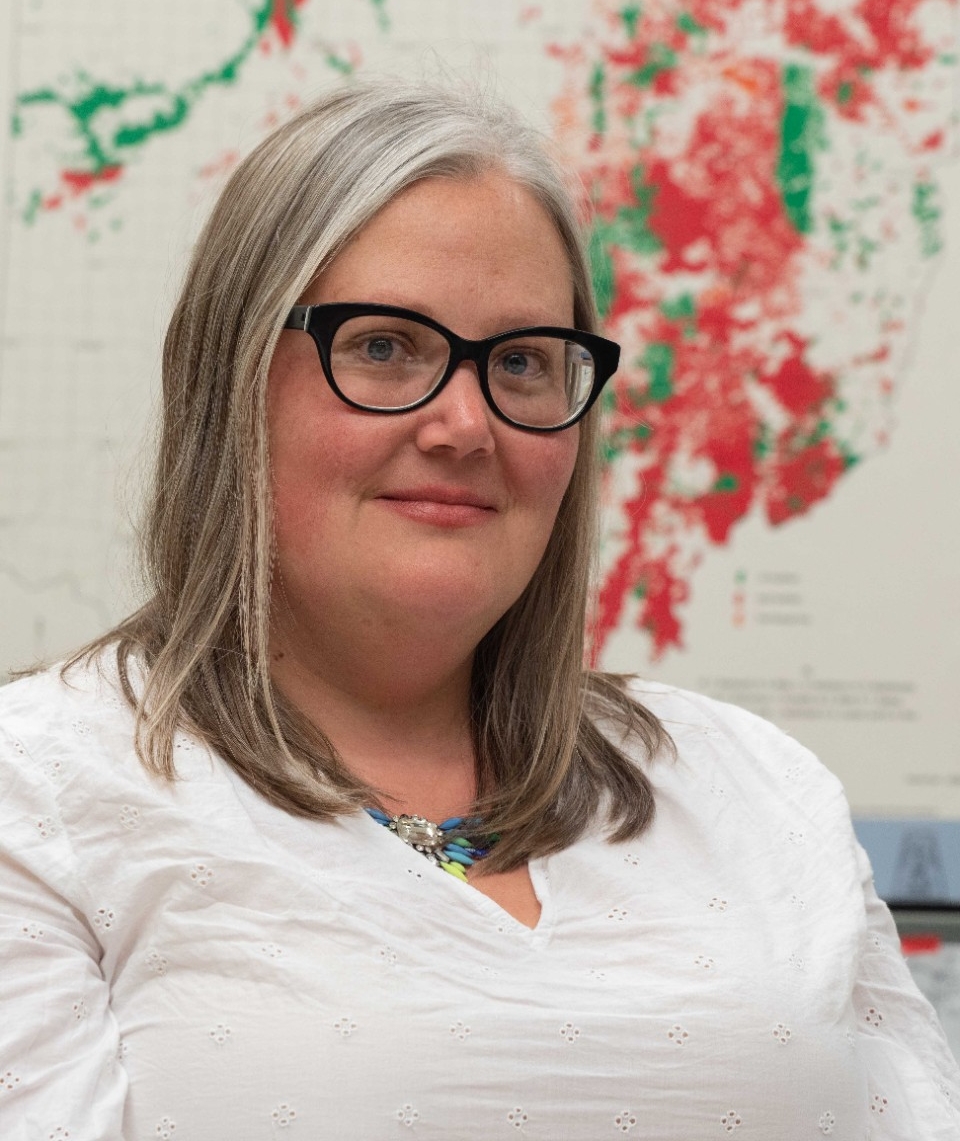 “Some people had elevated concentrations of methane in their groundwater, but the isotopic composition showed it wasn’t from natural gas.”

Hydraulic fracturing is a process by which pressurized water, sand and chemicals are pumped into natural-gas wells more than a mile deep to break apart shale to release pockets of oil and natural gas.

Researchers hypothesized that methane concentrations in the drinking-water wells they sampled would increase over time with the growth of natural gas drilling in the area. This is a correlation researchers observed in Pennsylvania’s Marcellus Shale region.

But that’s not what UC’s water tests revealed. The study concluded that methane observed in groundwater was “biogenic,” or naturally occurring and independent of natural gas drilling.

“The study researchers in Pennsylvania thought the contamination issue was a failure of the well casings in the fracking wells,” Townsend-Small said.

“Hopefully, that doesn’t happen often. And that apparently didn’t happen with the wells of homeowners we worked with for our study.”

Townsend-Small has spent much of her career researching groundwater and methane. She and other UC geologists are studying the influence of the Great Miami River on groundwater in southwest Ohio at UC’s C.V. Theis Groundwater Observatory. She also has studied atmospheric methane in relation to algae blooms in the Great Lakes and methane in arctic lakes in Alaska.

“Some people had elevated concentrations of methane in their groundwater, but the isotopic composition showed it wasn’t from natural gas. It was from a different source,” Townsend-Small said. “What we found is in most cases it was probably from underground coal in the area or biological methane produced in groundwater.”

Botner said if researchers were to replicate the study, she might recommend expanding it to include other hydrocarbons such as propane or look for carbonate isotopes associated with natural gas drilling.

“It’s a controversial topic,” Botner said. “But that’s why science is so valuable. Maybe another study would confirm our findings or maybe they would find something else. Regardless, we would welcome more well testing.” 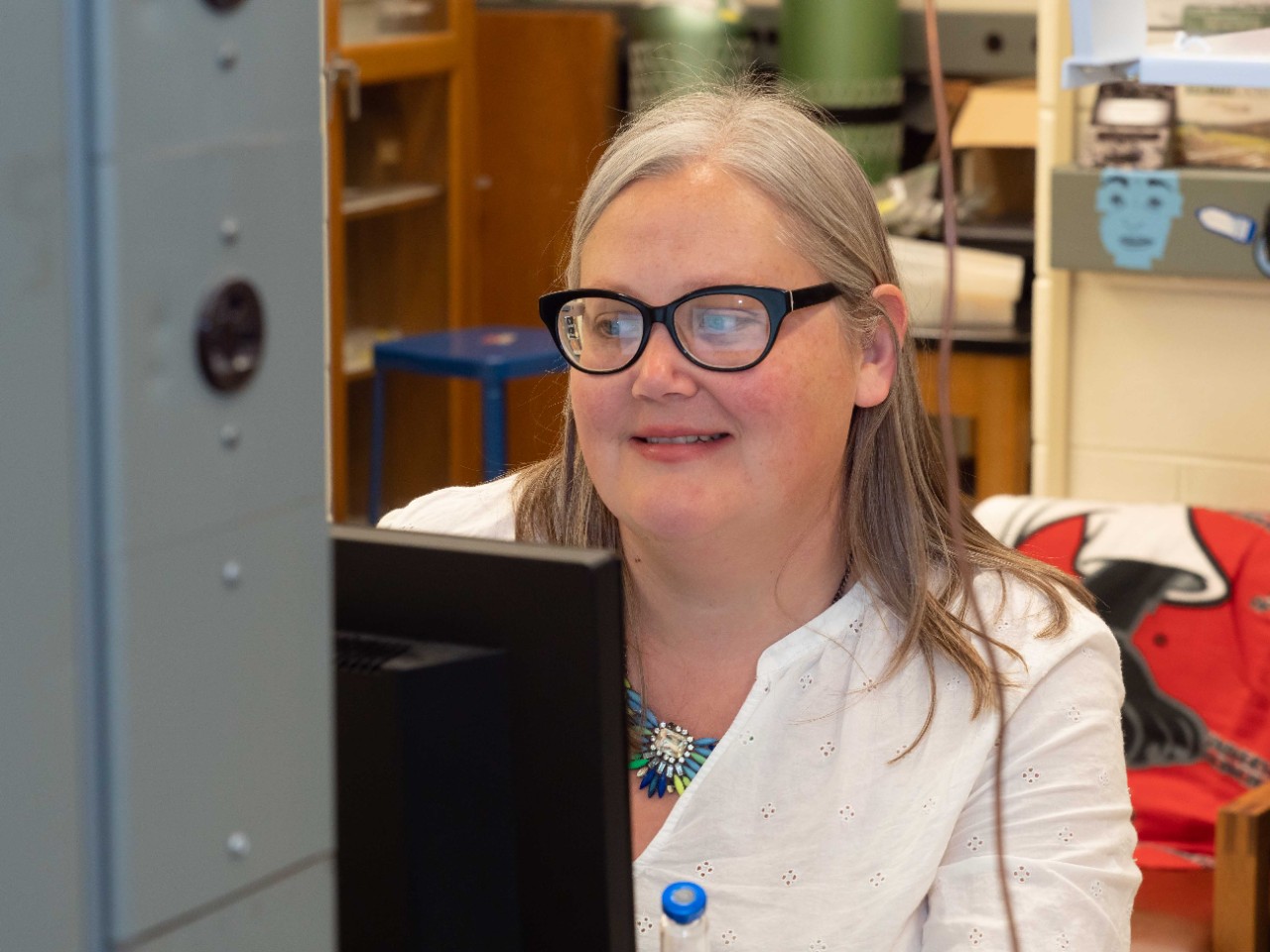 Carroll County Commissioner Robert Wirkner said the findings were good news for residents. Like many of his neighbors, he gets drinking water at his house from a private well on his property.

Wirkner said gas companies test the drinking water of nearby homes before and after they drill a well to observe any changes in water quality.

“My water has been tested multiple times,” he said. “So we’re happy to hear the findings.”

Townsend-Small said protecting wells from contamination is especially important in rural areas because there are few alternatives for clean drinking water. Digging a new or deeper well is expensive and would not necessarily solve a pollution problem. And there are few opportunities in rural areas to connect to public water lines.

“It would be great if homeowners had access to ongoing monitoring,” she said. “In cities, you are reassured that your drinking water is safe. We pay the public water utilities to test the water every day. But if you have a private well, you just have to hope that it’s not contaminated on a day-to-day basis.” 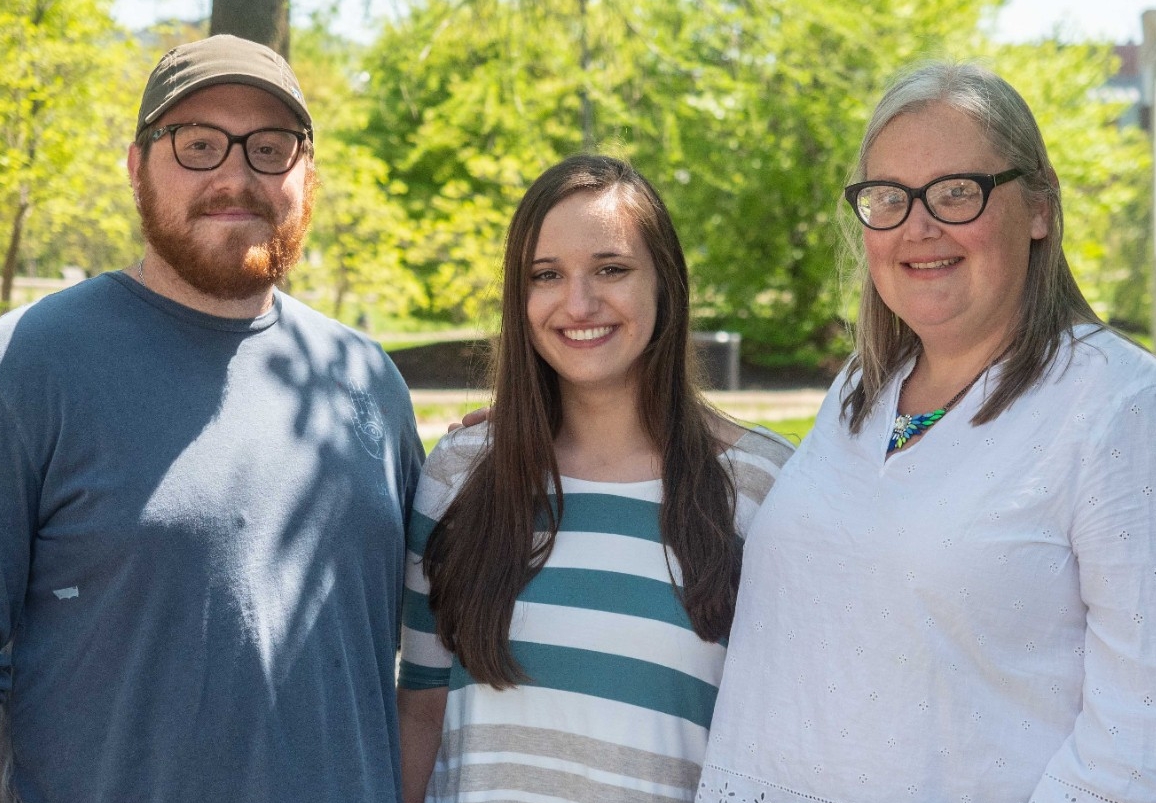