Explosive volcanoes like Mount St. Helens in 1980, blow materials including platinum up and into the atmosphere. UC scientists use traces of platinum and chronometric dating technology to determine how far stratospheric winds have carried dangerous ash from ancient high magnitude volcanoes, some causing devastating climate change.

UC interdisciplinary research team looks at platinum for clues to stay ahead of volcanic-related climate change.

Supervolcanoes are one of Mother Nature’s deadliest phenomena, and when they erupt, they can change the climate of the entire planet.

To get a glimpse for how future catastrophic volcanic events might alter our lives, scientists at the University of Cincinnati dug deep into the past to find new evidence for volcanic-related climate change.

The results of the study are published in the July issue of Scientific Reports, part of the Nature Publishing Group titled “Positive platinum anomalies at three late holocene high magnitude volcanic events in Western Hemisphere sediments.”

“We looked at platinum particles as an indicator for how far volcanic ash has traveled,” says Kenneth Tankersley, UC associate professor of anthropology and geology and lead author on the study.

“The age of the sediment containing the platinum allowed our interdisciplinary team of anthropologists, geologists, geographers and biologists to directly pinpoint radical change in climate for eight different Western hemisphere archaeological sites to three major catastrophic volcanoes from the beginning of the little ice age and medieval warming. The most recent one dated to the 18th century.”

Why is this important? Tankersley says the researchers hope studies like this can help the world better prepare for the next major eruption. As he says, “It’s not ‘if’ these catastrophic volcanic events will return, it’s ‘when.’” 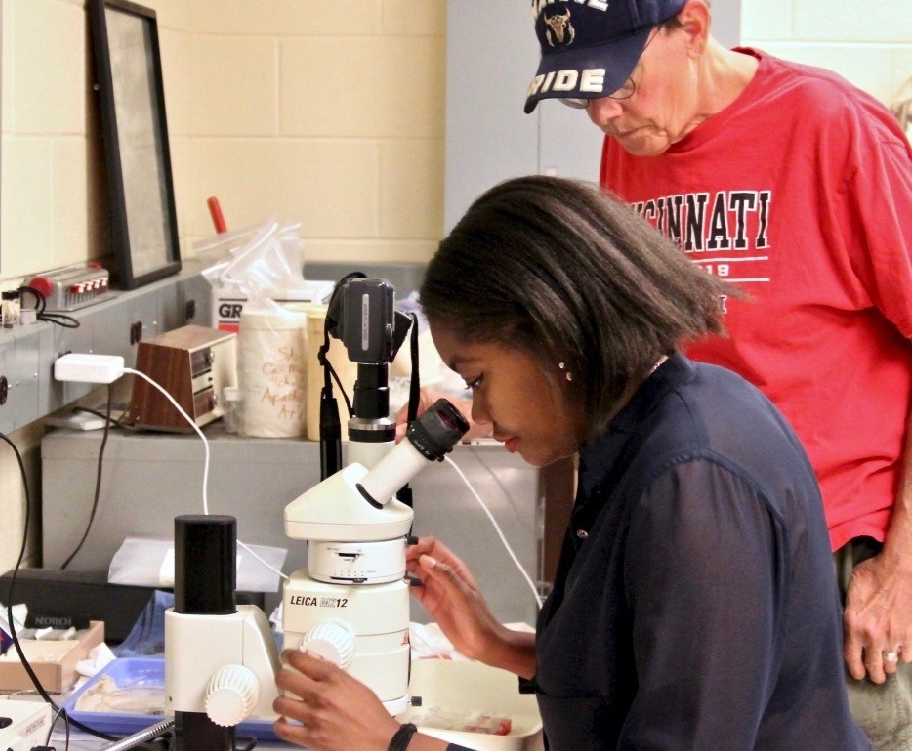 "Can you imagine a year or even a decade with no summer? This happened consistently throughout the past 10,000 years."

For example, Tankersley explains the Eldgjá eruption of (CE 934) as producing so much dust in the atmosphere, it filtered enough sun and heat to lower global temperatures significantly for a couple of years. What ensued were severe winters contributing to famine, epidemics and loss of many lives. Over 900 years later a volcanic event on Krakatoa –– an island in the northeast India Ocean as part of the Indonesian archipelago –– caused Cincinnati to have an extremely cold winter and a very cool summer in the late 1800s.

Not all explosive volcanic eruptions result in the global distribution of particle spread, such as the most recent Kilauea volcano in Hawaii. However, according to Tankersley, there is a definite link between significant changes in climate conditions outside regular climate cycles and the high magnitude volcanic events explored in this research. 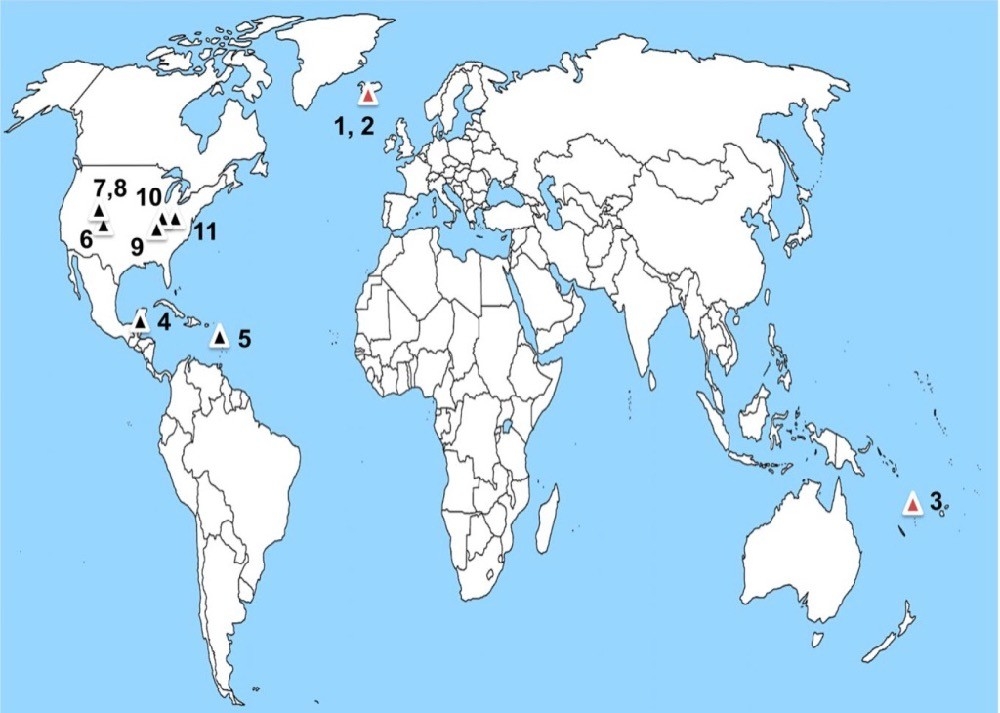 A key player in this investigation is platinum. According to the researchers, the rare element doesn’t occur naturally on the Earth’s surface. It only occurs after a cosmic impact like a meteor, asteroid or a slice of a comet hits the earth.

Or, as in this case, platinum is revealed when volcanic ash spews fountains of incandescent lava and cow-pie shaped molten rock bombs. The resulting ash clouds contain fine platinum particles, evidence for the far-reaching effects of major volcanic eruptions.

The study looked at sediment samples from eight Western hemisphere archaeological sites in the Ohio valley, the American southwest, the Caribbean and the Maya Lowland in Guatemala.

The interdisciplinary researchers from across UC’s campus and Kongju National University were able to successfully connect the radical climate change patterns from each of those sites to one or more of three high magnitude volcanic events including the Eldgjá volcano (CE 934) and the Laki volcano (CE 1783) in Iceland and Kuwae volcano in the island of Vanuatu off the coast of Australia (CE 1452).

All three catastrophic volcanic eruptions happened within the last 1,000 years or the late Holocene –– the geological period we live in currently.

“Being a woman in STEM at the University of Cincinnati has been a great experience. Even though I feel there is a long way to go in order to see more women in STEM programs at UC, I can tell that the university departments have done everything in their power to encourage representation for women. This type of support really affirms my love for anthropology and archaeology, and aligns our mutual passions.” 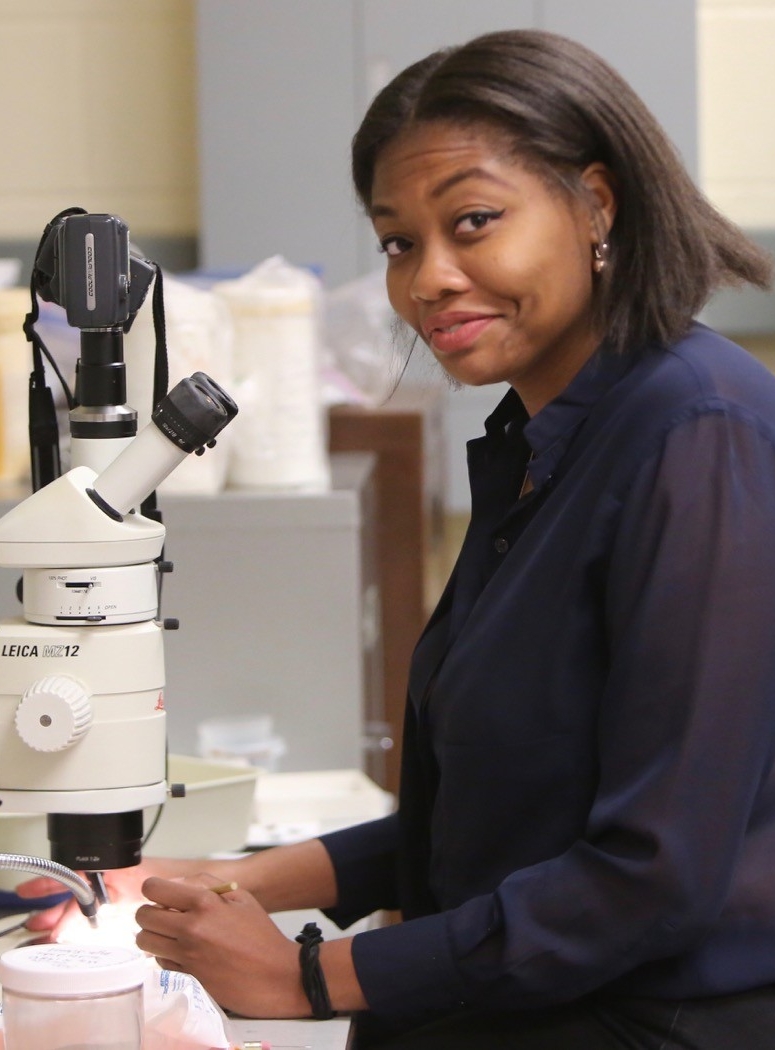 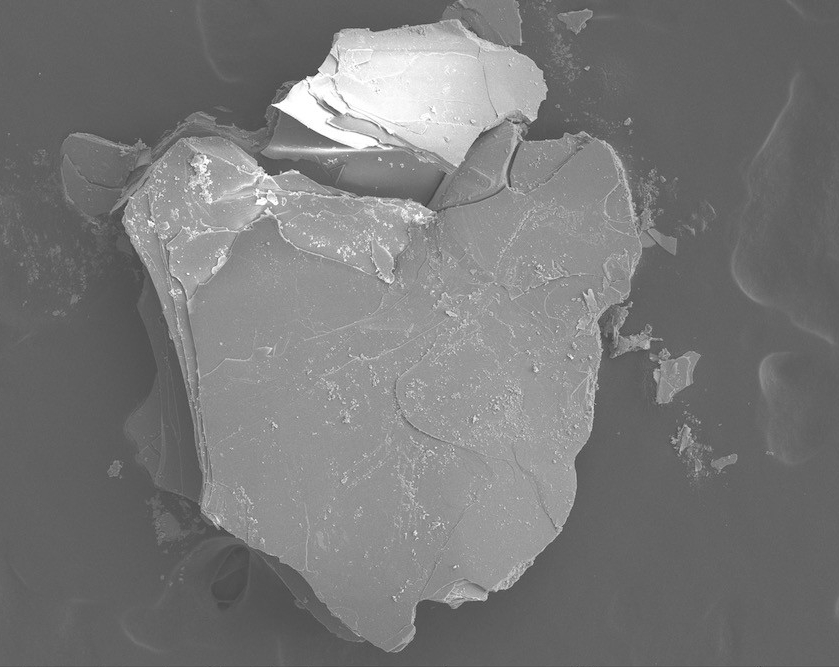 SEM micrograph of the volcanic mineral biotite, found in ancient pottery from the Hopewell site at Shawnee Lookout. 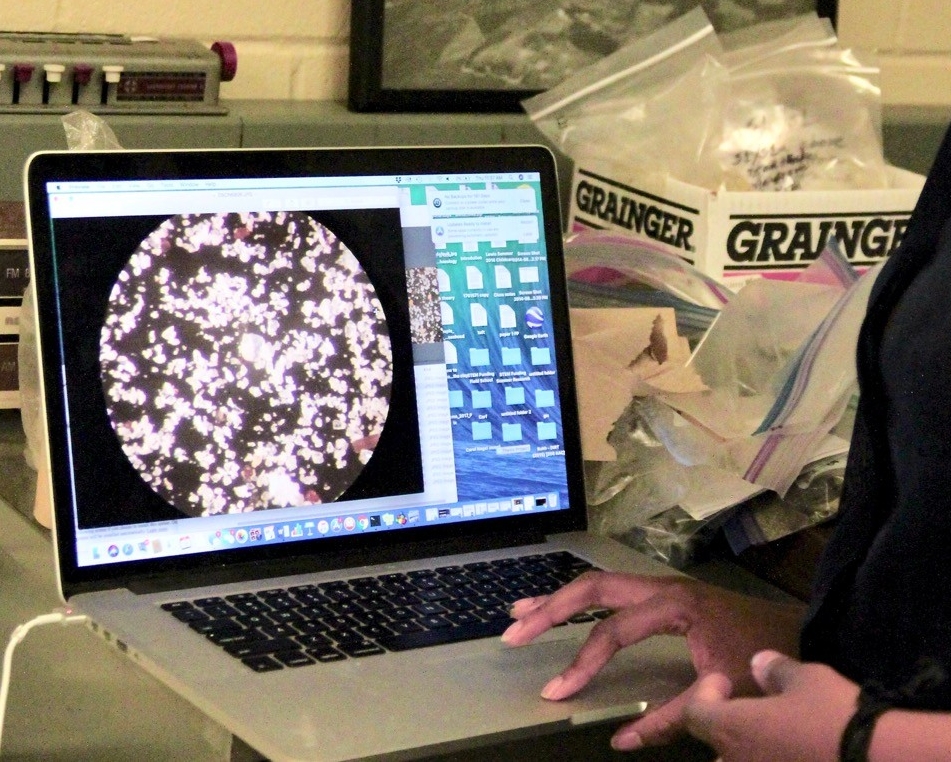 After teasing out carbonized plants from the deep core samples, Sparks-Stokes and the researchers were able to count the number of carbon atoms –– a process Tankersley says helps geochronologists put a precise date on where they are within the core.

In the lab, Sparks-Stokes works on trays filled with sandy colored dust and flakes. “See those tiny sparkling particles in this dust that looks like shiny sand? Much of that shiny material is quartz, feldspar and mica from volcanic dust preserved in the baked pottery.

“We have perfect conditions in these pocketed and protected environments where winds have little effect from erosion,” adds Sparks-Stokes, referring to the sinkholes in Serpent Mound and the Wynema site in the Ohio Valley areas.

“We dated the preserved sediments containing platinum and compared those dates to Western Hemisphere volcanic activity from the same era and associated that with erratic climate change patterns during that time as a result of those volcanic events.”

Identifying platinum particles within ancient volcanic ash is the first step. Dating the sediment using geochronology is the next, which is where UC geologist Lewis Owen comes in.

“In addition to radiocarbon dating, Owen added his optically stimulated luminescence expertise to a suite of scientific technology we call chronometric dating,” notes Tankersley. “We compared these findings to our typologically and temporally distinctive artifacts, which allowed us to pin down volcanic events that were already known from those epochs in time.” 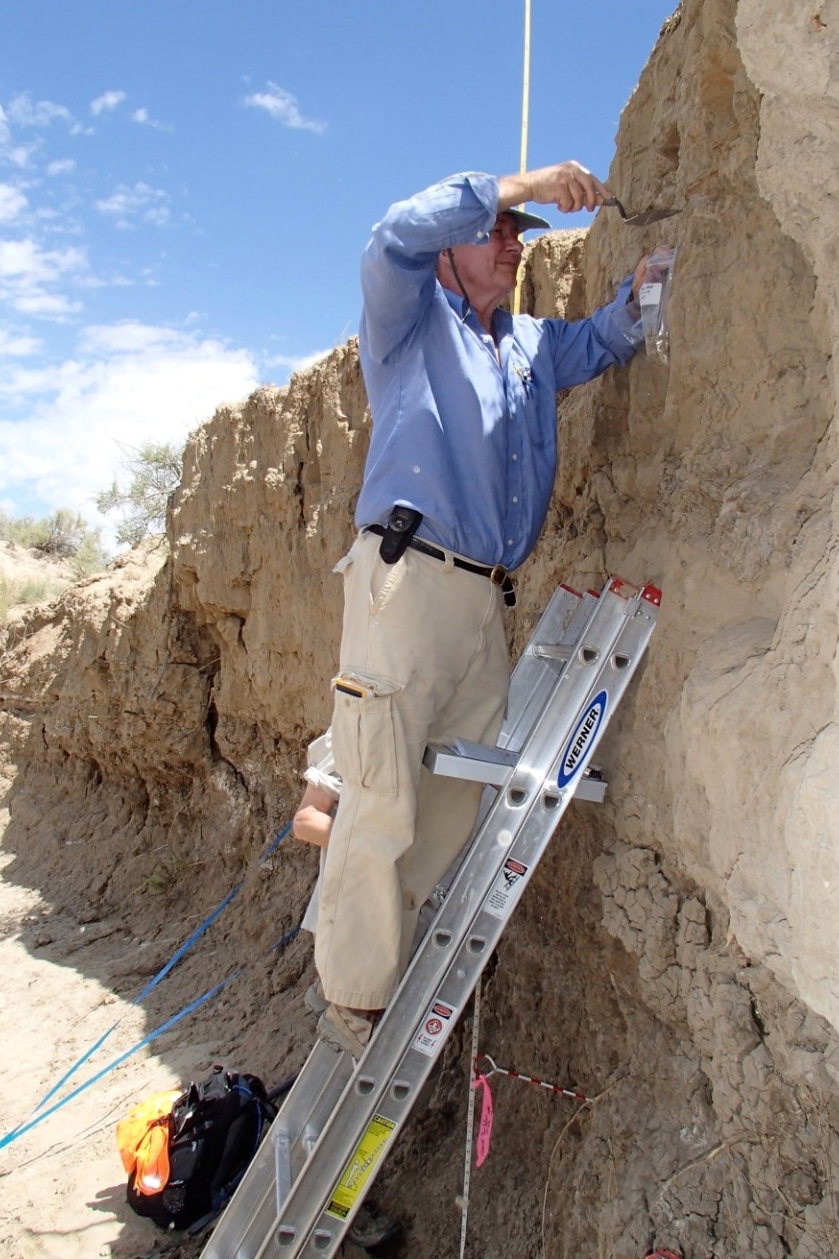 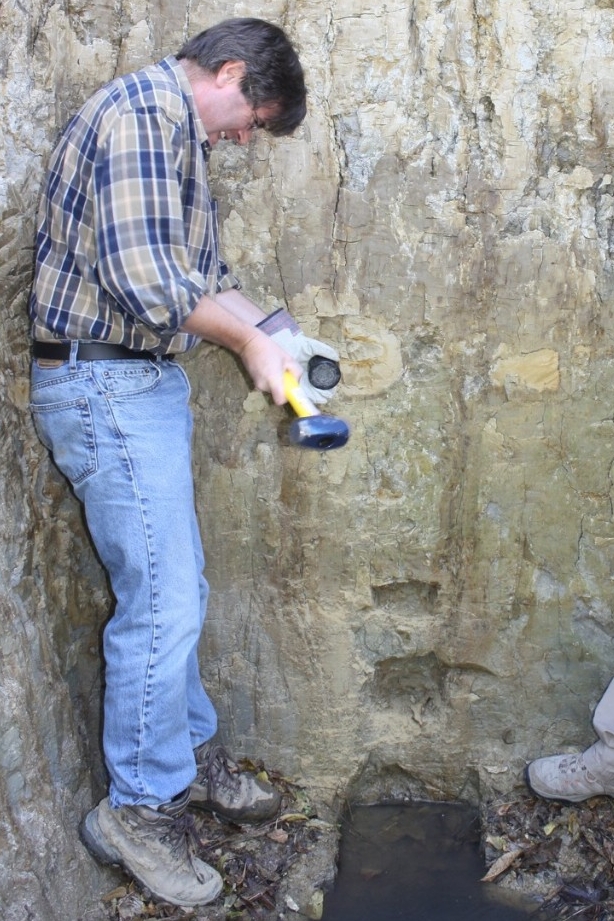 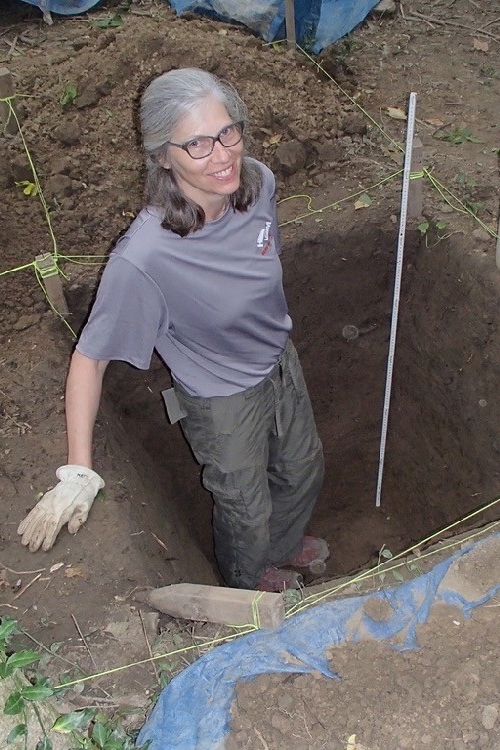 Between a rock and a "hot" place

Regular volcanoes eject millions of cubic feet of ash and debris over an entire state. But as Tankersley points out, supervolcanoes can devastate a whole continent, and half of the Earth’s supervolcanoes happened in North America.

The last high magnitude eruption created a mini ice age that led to dramatic climate change. The greatest impact from another catastrophic event would come months after the explosion, however, as the deadliest result of these events is not so much the ash that falls to the ground but the gases that stay in the air, adds Tankersley.

“More than 200 million tons of sulfur dioxide, thrust into the air and spread worldwide by the stratospheric winds, can produce a veil covering the earth cutting out much of the sunlight. When the shade dims the heat from the sun for long periods of time the earth cools down.”

Volcanologists currently find an active supervolcano brewing under 3,400 square miles of protected wilderness in Northwest Wyoming’s Yellowstone National Park. It has exploded several times between 2.1 million years and 830,000 years ago.

"The concentrations of platinum from well-dated and well-stratified late Holocene sites provide an opportunity for more vigorous scientific evaluations of the impact of future high magnitude volcanic eruptions on climate change and society." 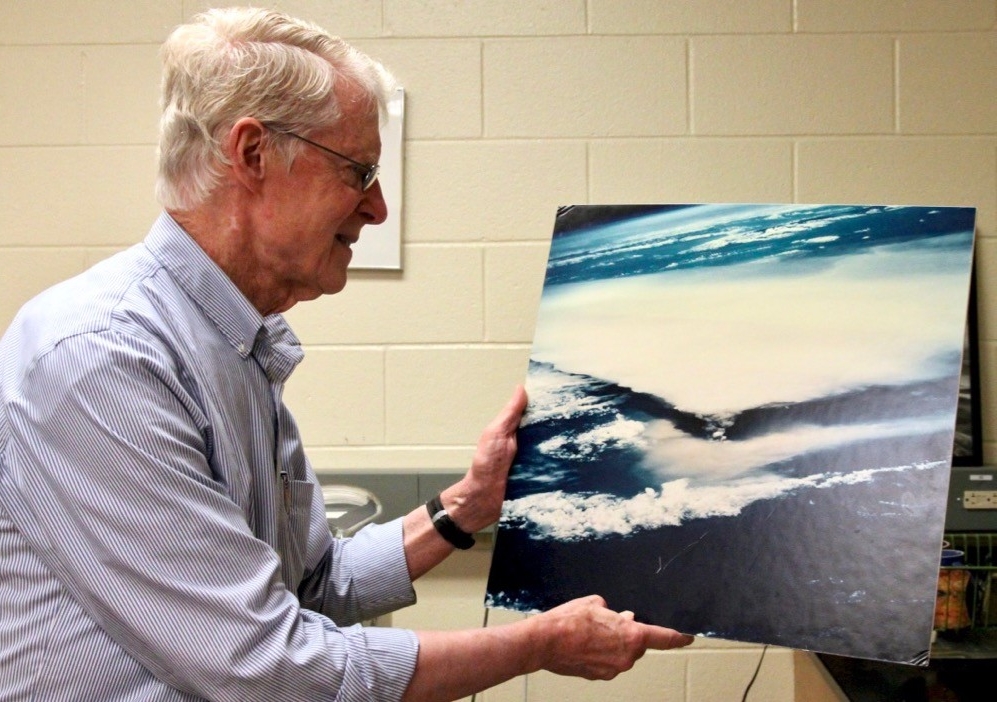 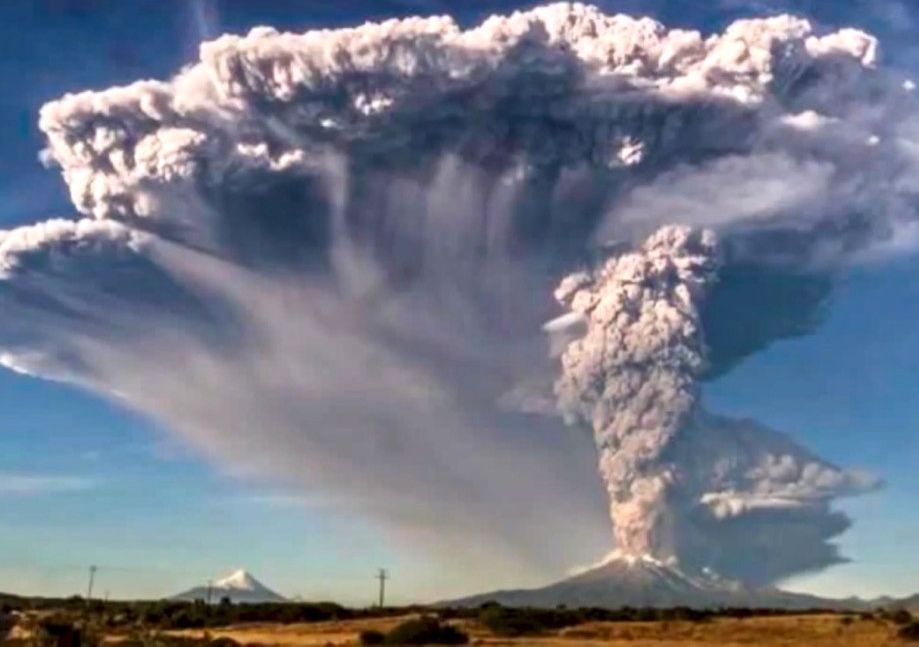 Researchers involved in the study include:

Research is a big part of the student experience at UC. UC's anthropology, geology, geography and biology research is improving our understanding of the world and demonstrates the value of UC's new strategic direction called Next Lives Here.

Apply to UC's McMicken College of Arts and Sciences as an undergrad or graduate student.