Life adventures made into a suspenseful fiction novel 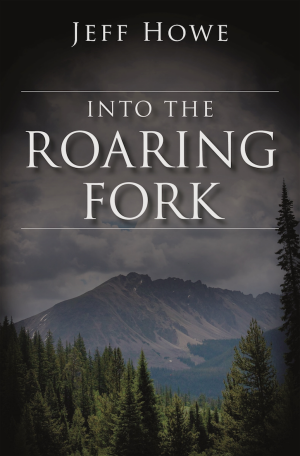 A story that was stuck in his head for 17 years transformed into Jeff Howe's first novel.

The University of Cincinnati graduate once doubted his writing abilities, but his better-late-than-never attitude propelled him to write “Into the Roaring Fork” in just nine months.

“I finally decided at 50 years old that if I don’t start writing this now, I’ll never do it,” Howe, A&S ’85, explains. Now, writing is his biggest thrill in life. "This is new for me, and it’s just a passion. It’s challenging, but it keeps me going."

Coming from a large family of nine children, Howe stayed in Cincinnati for the majority of his life until he took a leap and moved to Aspen for a year after graduating from UC.  He shared the experience in the Rocky Mountains with a previous girlfriend from UC, and they faced their first year in the real world together.

His time in Aspen, as well as a story about a kidnapped woman in the Rockies, eventually developed into the setting and plot for his first novel. He knew a good start to a story could come from combining the two adventures together.

“This was our first out-in-the-real-world kind of deal,” Howe says. "I always looked back at that time of my life, that first year out of college as being so important to me.”

He writes the novel from the perspective of the main character, Alex Cavanaugh, a recent graduate set out for Aspen. Cavanaugh, however, finds himself traveling deeper into dark and dangerous pathways of not only the mountains but also life itself.

"This book really comes down to making choices; bad ones and good ones," Howe explains. "It’s fun, it’s a quick read in a sense that you keep turning the pages. For pure enjoyment, finding a page-turner is hard to find; and I think I’ve written one." 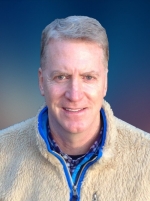 The author purposely wrote short, detailed sentences in the novel like Hemingway or Cormac McCarthy.

“The voicing was primarily done with the intent of making that character sound as if he is truly writing this story,” Howe says. “I wanted him to sound realistic.”

Howe graduated with a degree in communications from UC and chose to return later for a few classes in the early ’90s not as a student but as an eager musician to learn and play music at the College-Conservatory of Music. He says he now plays the guitar and piano at least once a day.

Today, this life-long Bearcat fan tries to stay connected with UC as much as possible — whether it’s reminiscing about hanging out with friends at Uncle Woody’s or taking his wife and two children to UC football games every fall.

“I just have a huge connection to UC,” he says.

When Howe isn't writing, he works with his two brothers at their family's business, which manufactures and distributes heating elements and sensors used in the plastics industry.

His second novel is in editing, and he has already started a third.

"I don’t like not writing," Howe says. "I feel like I’m wasting time if I’m not writing. So I write everyday, and I love it."

Morgan Batanian is a junior journalism student and writing intern with UC Magazine.