Marian Spencer, who wasn't permitted to live in a dorm on the University of Cincinnati campus, received a fitting honor today as the UC Board of Trustees voted to name the newest residence hall after the civil rights pioneer.

Already a well-known figure at the university, the 1942 graduate's name will now be permanently etched on campus when the new high-rise residence hall opens on Campus Green in 2018 as Marian Spencer Hall. 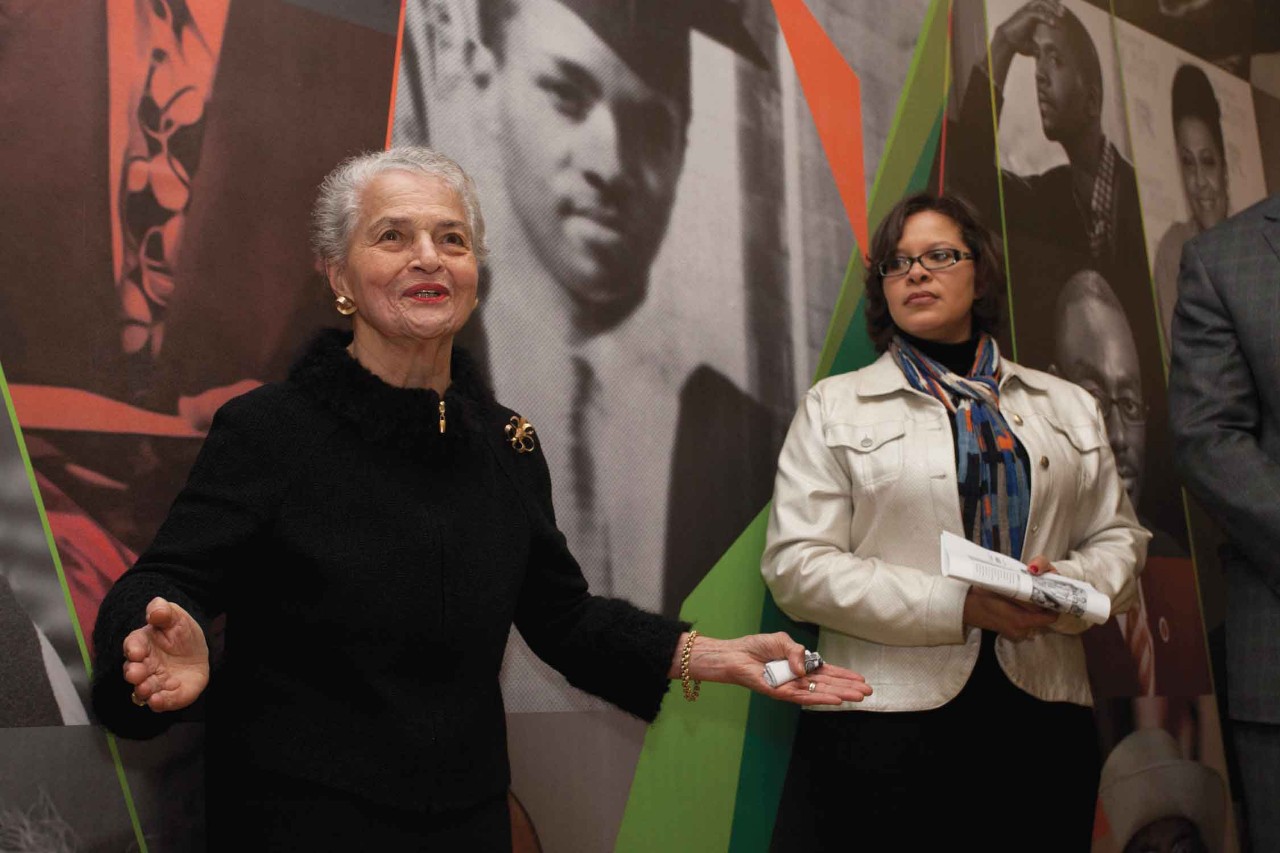 UC graduates Marian Spencer, A&S ’42, and Bleuzette Marshall, A&S ’92, M (Ed) ’01, D (Ed) ’09, were among those honored on the African American Cultural and Resource Center wall of history (shown behind them) in 2013. photo/Dottie Stover

UC President Neville Pinto said he was eager to find a way to honor Spencer.

“I have known of Marian Spencer for many years and had an opportunity to get to know her better early on when I returned to UC in my new role,” said Pinto. “She is such a civil rights legend and a great example to our students.”

Described as a “civic treasure” at a 2016 street-naming ceremony, Spencer was the first African-American woman elected to Cincinnati City Council in 1983.

Born in 1920 in Gallipolis, Ohio, Spencer lived with her grandfather, a freed slave, and had a childhood that included watching marches of the Ku Klux Klan in front of her home. Following her grandfather’s example of community activism, young Marian joined the NAACP when she was 13 years old.

One of Spencer’s more notable acts in civil rights occurred in 1952, when she chaired a NAACP legal action against Cincinnati’s Coney Island. She and Donald had two sons, and, when one wanted to attend an event at Coney, mother Spencer discovered the park was closed to African-Americans. She initiated a suit and after years of protests and legal wrangling, entrance to the park was open to all in 1955. (Sunlite Pool and Moonlight Gardens were desegregated in 1961.)

In 1972, Spencer was instrumental in an NAACP action to desegregate Cincinnati public schools. After an unsuccessful election bid for the Cincinnati Board of Education in 1973, Spencer became the first female president of the Cincinnati chapter of the NAACP in 1981.

Spencer served on the University of Cincinnati Board of Trustees from 1975 to 1980. She and her husband were honored by the university with honorary degrees in 2006. Donald Spencer died in 2010, at the age of 95. The couple had been married for 69 years.

Her community activism has been constant and widespread. Spencer served on the boards or in other capacities for the American Civil Liberties Union, the Cincinnati Woman’s City Club, Links and the National Underground Railroad Freedom Center.

Spencer’s honors include being named the Cincinnati Enquirer Woman of the Year, receiving a Brotherhood Award from the National Conference of Christians and Jews, given a Career Woman of Achievement award from the YWCA and a humanitarian award from the Freedom Heritage Foundation of Columbus, Ohio.

The book “Keep on Fighting: The Life and Civil Rights Legacy of Marian A. Spencer,” written by Dorothy Christenson and Mary Frederickson, was published in 2015. 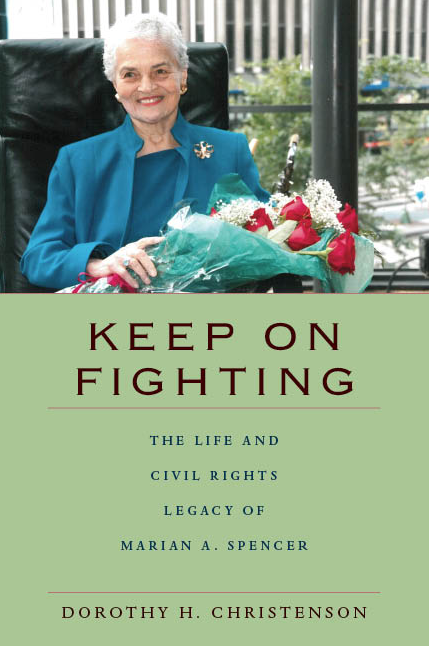 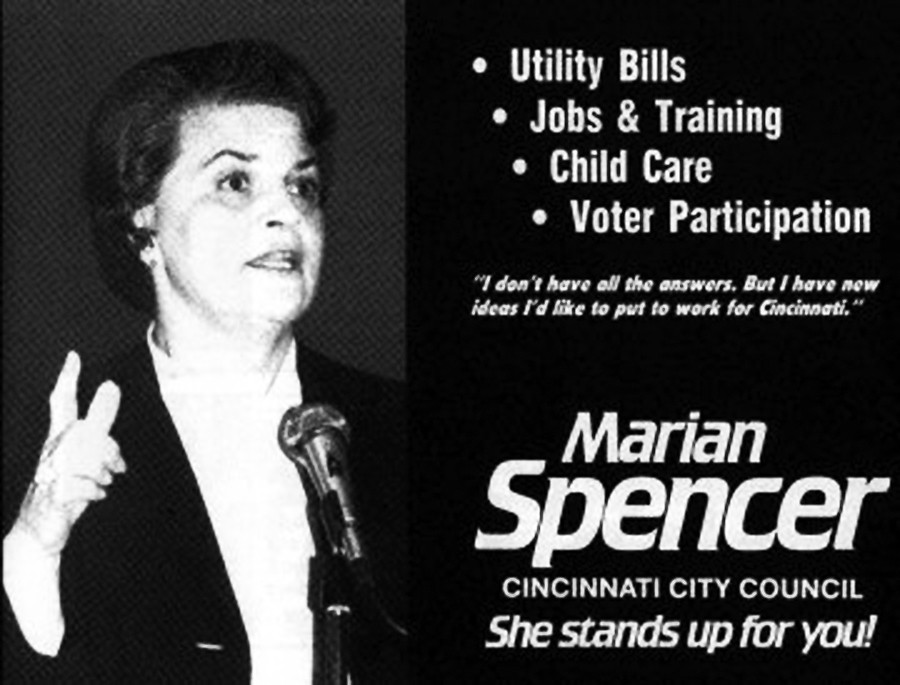