80 years of Cincinnati civil rights history - in forms as diverse as music and official memoranda - was donated this week to UC during an emotional celebration capped by a surprise serenade to a "diminutive Amazon."

It’s not often that we think of musical theater as a means to upend racial segregation.

But 80 years ago, it was by writing and staging sprightly songs like “Rushin’ Out to Reno,” “Holding Hands with Honey” and “I Never Knew Till Now” that African American students on the University of Cincinnati campus were able to participate more fully in campus life at a time when they were barred from many extracurricular activities, denied admission to certain majors, and could not live in the dormitories.

The memory of these 1930s musicals – part of the drive for equality by one-time students and later Cincinnati civil rights leaders Marian and Donald Spencer – are now safeguarded and available to the campus community and the public as part of the donation this week of the “Marian and Donald Spencer Collection” to UC’s Archives and Rare Books Library. The donation was made by 96-year-old Marian Spencer, A&S ’42, HonDoc ‘06, on behalf of herself and her husband Donald Spencer, Sr., who passed away in 2010 at age 95.

According to Marian Spencer, who once served on UC’s Board of Trustees from 1975-80, she wanted to give the collection to UC because she felt “that UC needed to know how all of its students felt, and this is my opportunity to show how students like me felt… . Things have changed (at UC) since I was here. And I wanted them to know that I knew that.”

The collection spans eight decades and includes letters, photographs, memoranda, articles, memorabilia, honors, awards and much more related to related to the Spencers’ quest for racial equality in efforts like the desegregation of Cincinnati’s public schools, the YWCA pools and summer camps nationwide, and Cincinnati’s Coney Island Amusement Park. This latter effort came after she and her family were turned away from the park on July 4, 1952, by a front-gate guard brandishing a gun.

The newly donated collection also includes material from when the pair attended UC (where they met) and were active in efforts to improve the campus for African Americans. For instance, Marian Spencer, the granddaughter of a freed slave, campaigned while a UC student from 1938-42 for an open college prom. And Donald Spencer, A&S ’36, Ed ’37, Med ’40, HonDoc ’06, established UC’s chapter of the Kappa Alpha Psi fraternity in 1939. The fraternity and its chapters were originally founded for African American students who were excluded from most campus fraternal organizations.

And it was current and alumni members of that chapter who closed the Feb. 27 celebration marking the donation of the Spencer archives to the university with a touching serenade of "The Sweetheart of Kappa Alpha Psi" to Marian Spencer.

Among the many speakers to pay tribute to Marian and Donald Spencer at the event was their son Donald Spencer Jr., who explained, “Every time a student reads a letter or goes to the archive, my parents (will) live again. The collection will become more invaluable over the years…make it possible for future generations to benefit from their experiences…to make the world a better place.”

His brother, Edward, agreed, “This archival collection demonstrates that they were models to keep on fighting and to keep on winning,” adding that his mother was “a diminutive Amazon destined to fight ignorance, incivility and injustice in the world.” 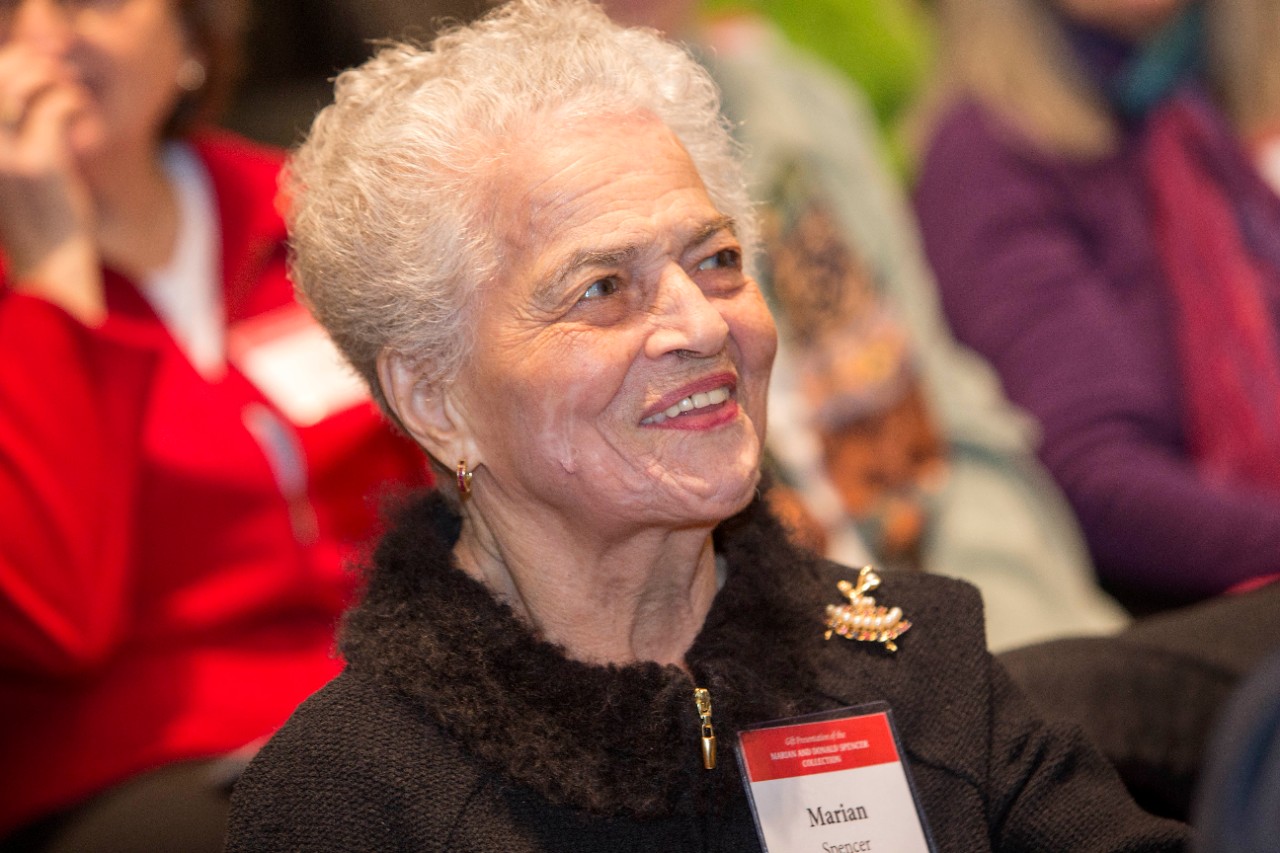 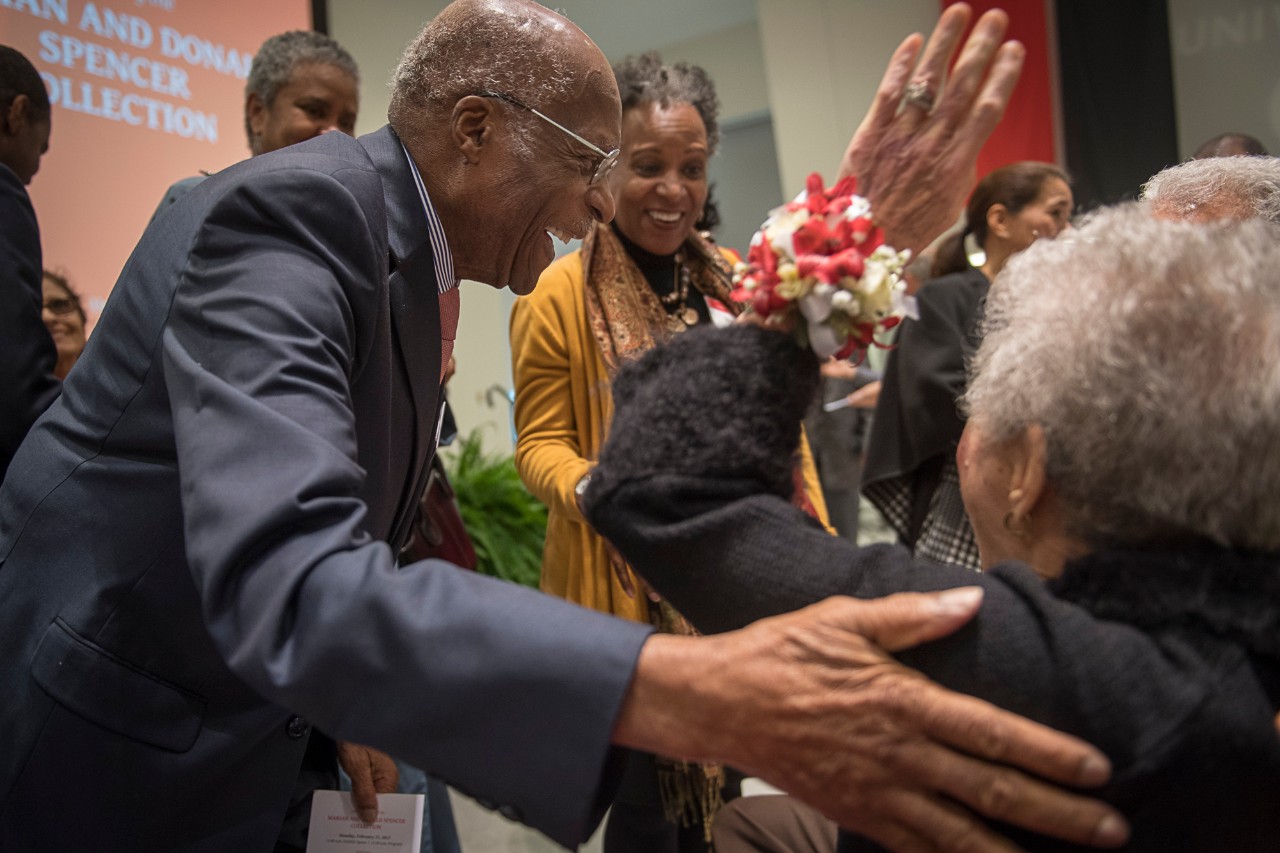 Edward Spencer, son of Marian and Donald Spencer, describes his mother as a “love warrior,” and tells the following tale of a child's compassion and generosity (from his own boyhood) that seems much in keeping with his parents’ legacy of love:

"When the decision came down about Coney Island, and the family was standing in the halls of the county courthouse, my mother pointed out Mr. Schott, the owner of the amusement park and her adversary, as he strode towards us. My brother said I shoved my hands in my pockets as he (Mr. Schott) came closer. We’d been taught to firmly shake hands with adults, but I apparently had no plans to shake his hand. I asked, ‘Are you Mr. Schott?’ He was a big, white man, probably could have been 6 foot 3, a giant to me. This big white man who actually seemed sweet if not contrite bent down to me and said, “Yes, I’m that bad man.” And that’s when I replied, “You don’t look so bad to me." 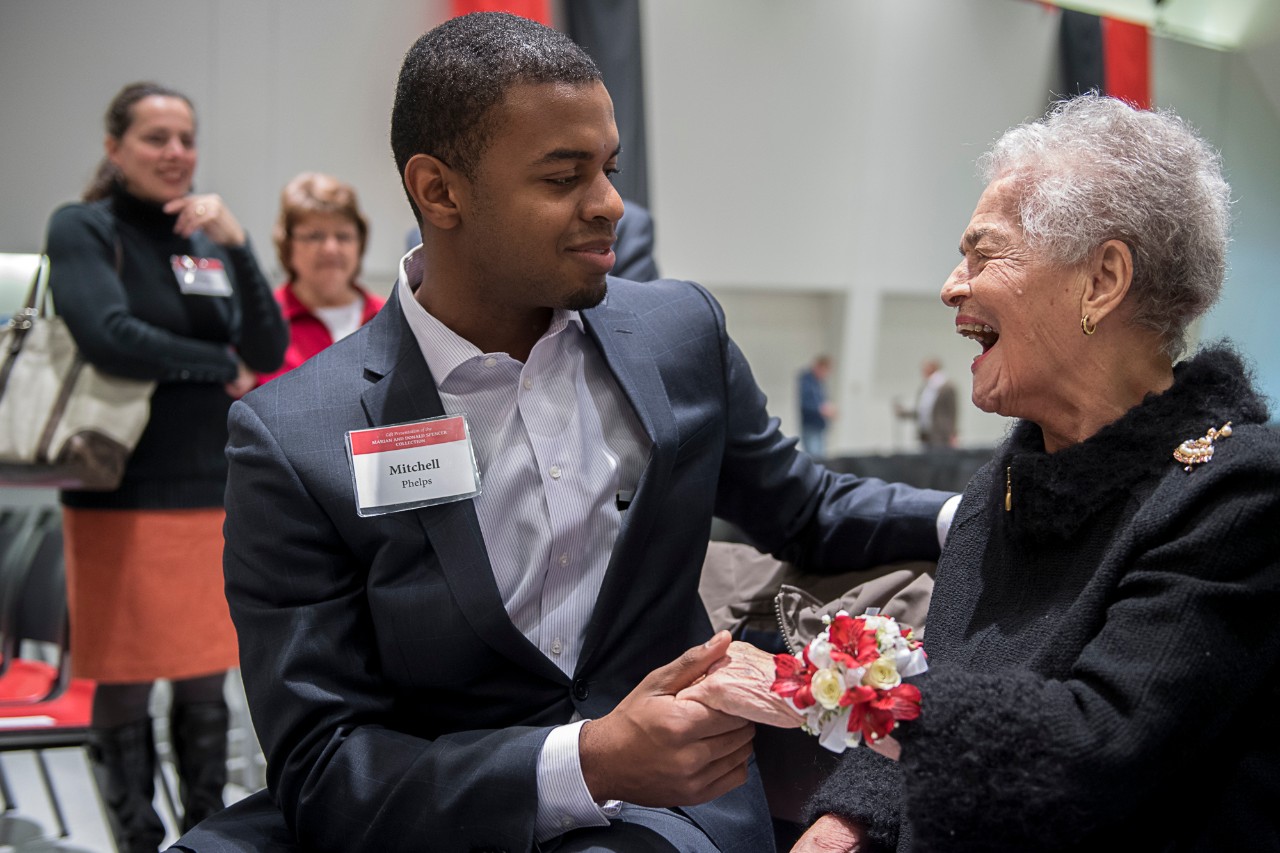 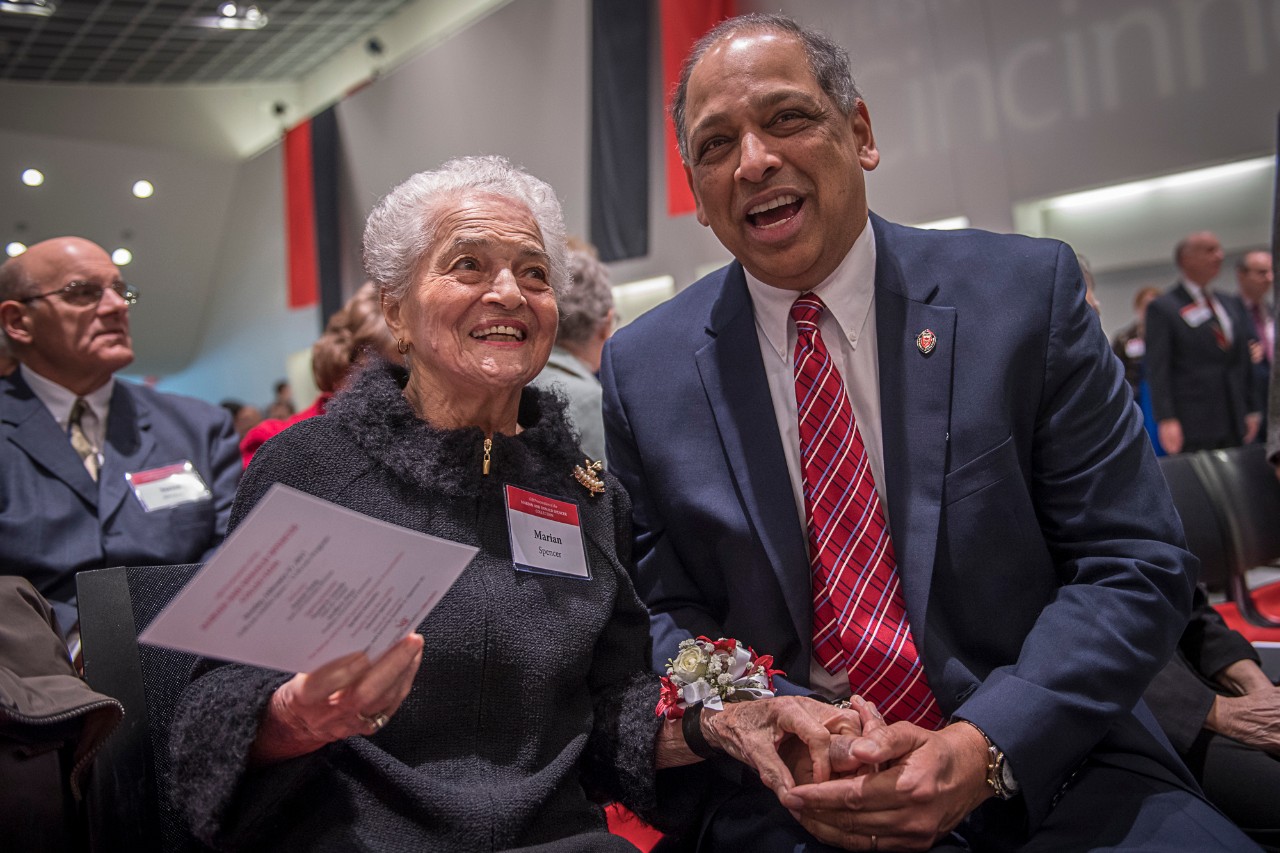 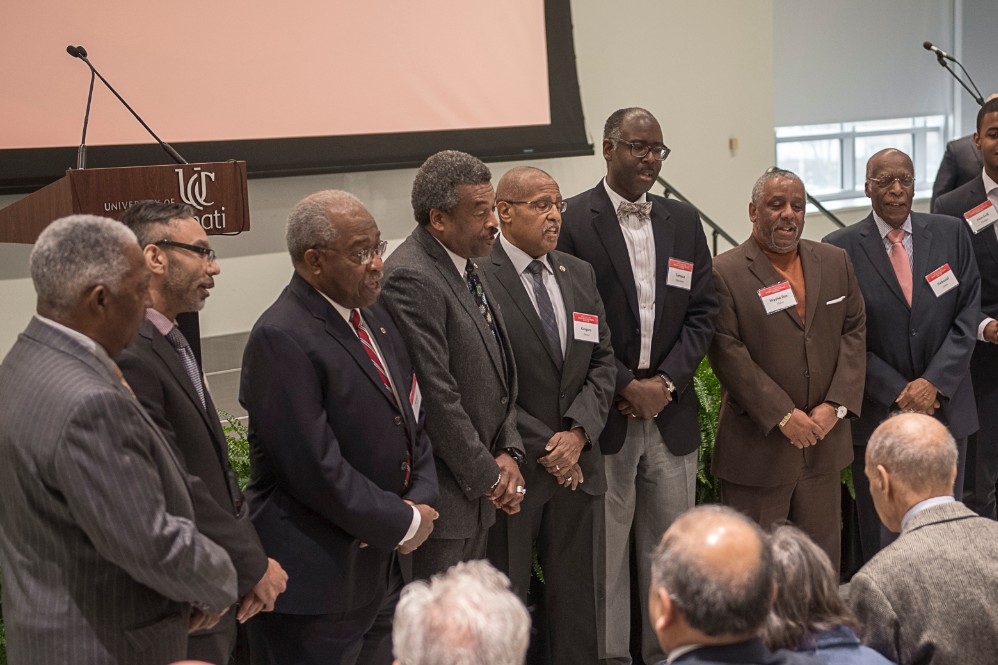 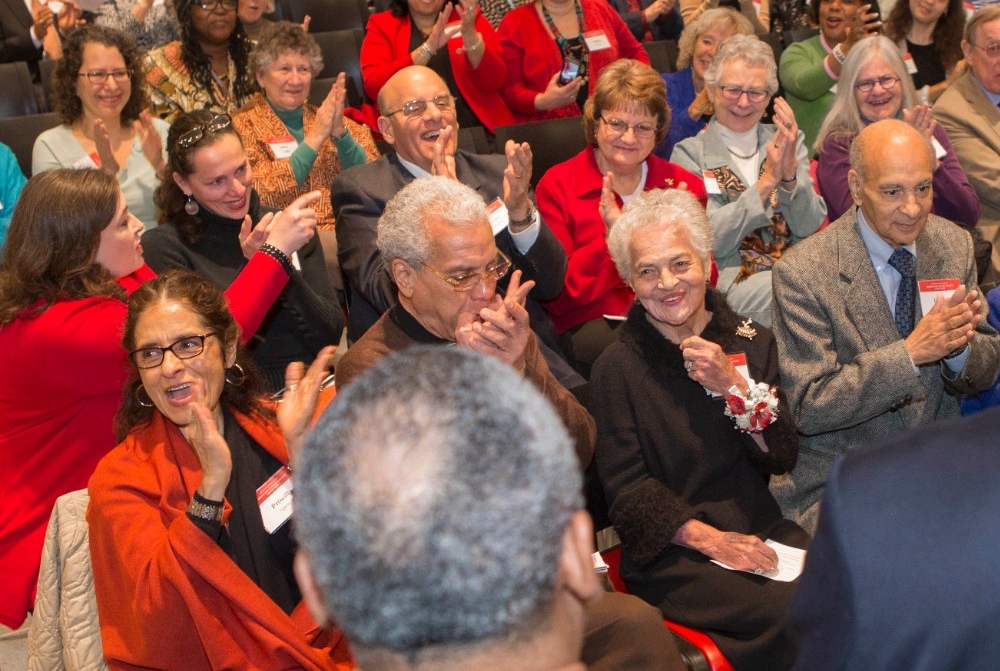 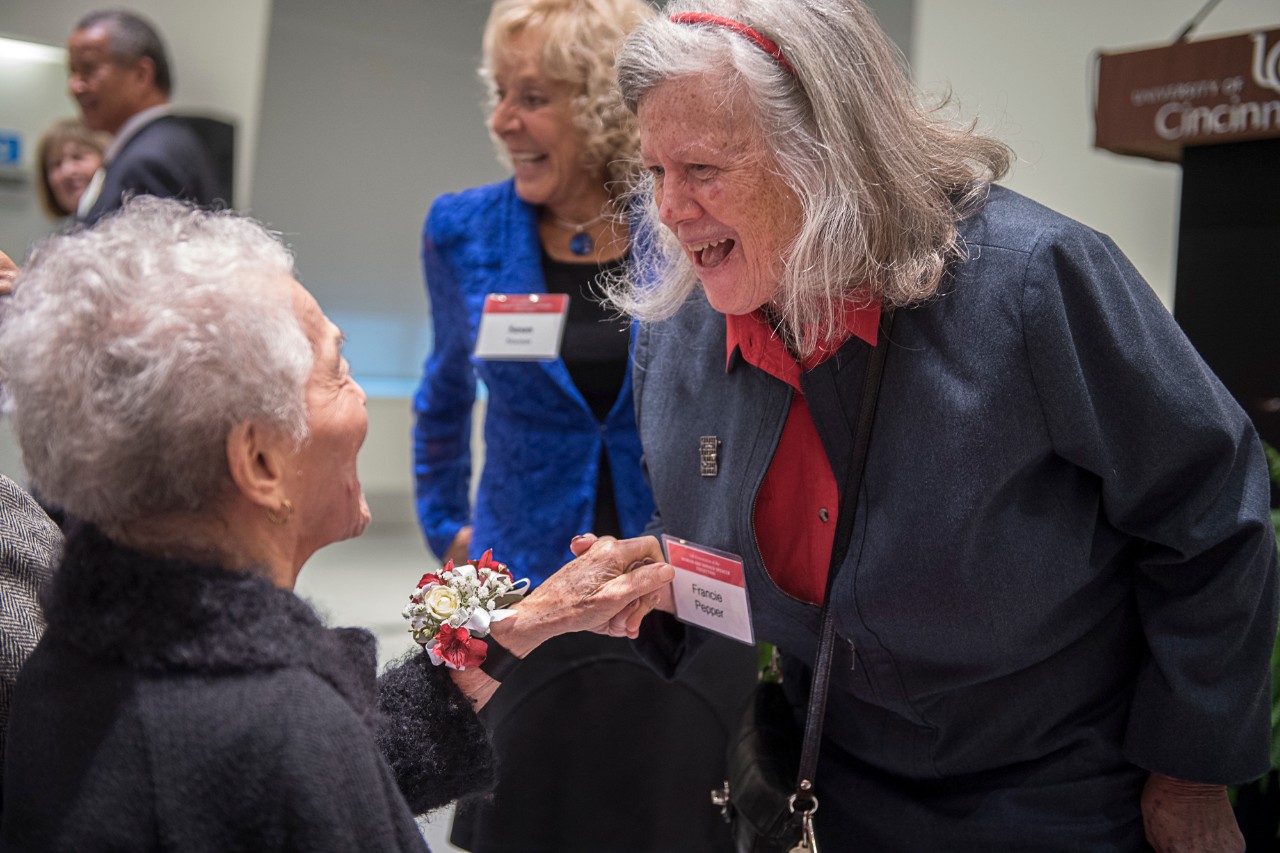 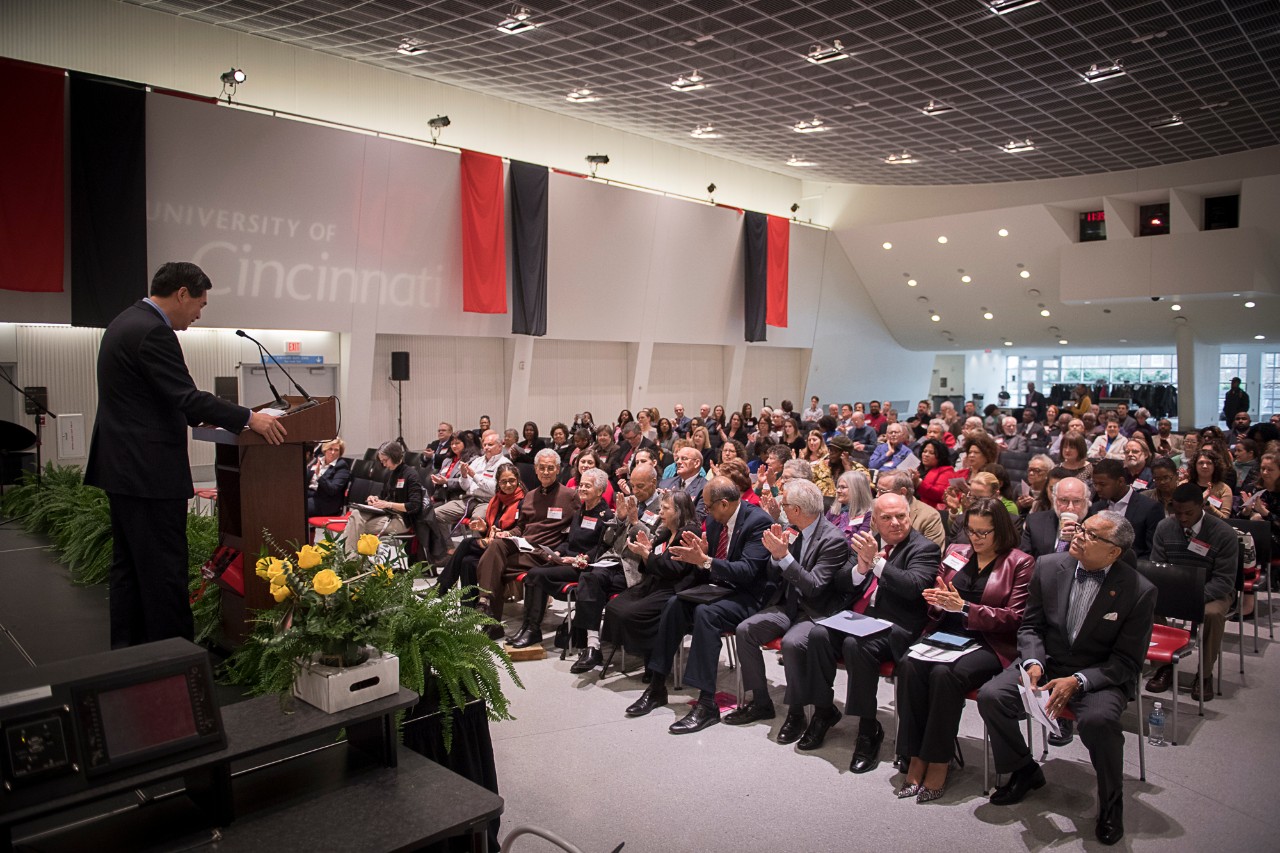