Several members of the San Francisco 49ers kneel during the National Anthem before the Oct. 15, 2017, game against the
Washington Redskins at FedEx Field in Landover, Maryland. Credit: Keith Allison under CC BY 2.0

More than just a game:
Sports and politics in America

University of Cincinnati political scientist David Niven explains the long and often tumultuous history of sports and politics in America, activist-athletes who protest both on the field and off and how professional sports have become linked with patriotism and the military.

National Football League players across the country choosing to kneel in protest of the national anthem has become the latest salvo in America’s culture wars, but the intersection of politics and sports has long been entwined in U.S. history.

It’s impossible to understand American life without understanding both politics and sports, says David Niven, an assistant professor of political science in UC’s McMicken College of Arts and Sciences.

The political science author and researcher illuminates this long and often tumultuous history in an undergraduate Sports and Politics class offered at UC each spring.

UC Magazine caught up with Niven, an expert on American politics who conducts research on campaigns, political communication and death penalty policy, to help better understand why sports are more than just a game. 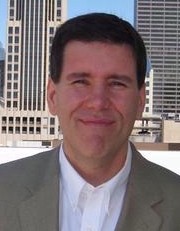 Why teach a class on sports and politics? What is the connection there?

You could make a good case that the two things Americans are most likely to do all together are vote for president and watch the Super Bowl.

Then there are the constant collisions between sports and politics. Why do taxpayers get asked to pay for stadiums for professional sports teams? Why do countries — friend and foe alike — compete so hard to host the Olympics and the World Cup? These intersections of sports and politics involve many billions of dollars and many hopes and dreams.

Beyond all that — right now we are in the midst of a rebirth of political activism in sports that we haven’t seen since Muhammad Ali was the heavyweight champion of the world. This is a fascinating time to teach sports and politics because some of the biggest stars of the sports world simply cannot ignore political issues, and their voices are being heard and fought at the highest levels in politics.

Military aircraft flyovers before games, pregame salutes to the armed services, field-sized American flags, military personnel participating in Super Bowl coin tosses…  How did professional sports in America become so linked to patriotism and the military?

Like anything else, a little bit at a time and then all at once.

“The Star-Spangled Banner" was played intermittently at major league baseball games before it even become our official national anthem in 1931. But the ritual had not been fully established — in fact, it was sometimes played as the seventh-inning stretch song.

The pregame playing of the song became a standard in baseball and football during World War II, a time when not only the nation as a whole but many professional athletes were fighting. There were some teams that dropped it for a time, before it became universal again during the Vietnam War.

The spectacle of massive flags and military presence is a more recent development and owes in part to what a Senate report called “paid patriotism.” Starting in 2012, the military began spending millions of dollars to, in effect, create pregame marketing opportunities across all major sports.  When this became public, there was quite a bit of embarrassment and outrage, so teams began staging these spectacles without payment. 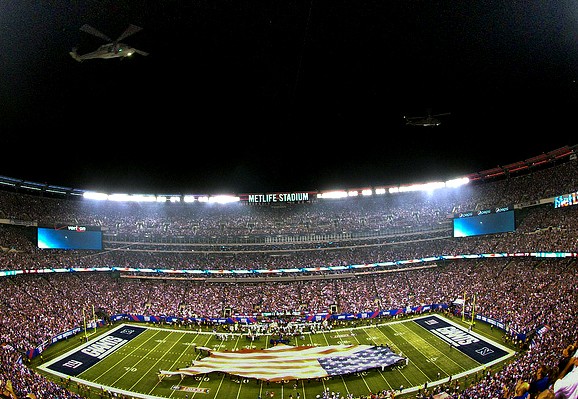 Blackhawk helicopters from the New Jersey Air National Guard perform a flyover while military
personnel display a U.S.-shaped American flag before the opening game between the New York Giants
and Dallas Cowboys at MetLife Stadium, Sept. 5, 2012. Credit: The U.S. Army under CC BY 2.0

Inspired by Colin Kaepernick, hundreds of NFL players have chosen to sit or kneel during the national anthem to peacefully protest racism, among other issues — a controversial stance that has sparked widespread criticism from both the U.S. president and fans alike.

In 2010, former Denver Broncos quarterback Tim Tebow starred in an anti-abortion Super Bowl TV ad and did not face such repercussions. Why is some political activism debated in professional sports while other political activism is not?

There’s a lot that goes into whether an athlete’s activism comes at a cost. In general, anything that happens away from the field or the court is a lot easier to ignore.

Race is indisputably a major factor in this equation. There are some white NBA head coaches who speak with total disdain toward Donald Trump. They have not faced nearly the wrath that has been directed toward African-American athletes for speaking out with the same beliefs.

The bottom line is that Tim Tebow received a free pass for his political beliefs while Colin Kaepernick has been vilified.

Why is there such social pressure to separate sports from politics? Is that goal even feasible or realistic?

Many people expect sports to be escapism — a complete break from real life. But athletes are real people, placed on a giant stage, and they know that have a unique ability to be heard.

For a long time, the biggest stars in sports like Michael Jordan stayed virtually silent because they understood there was a cost to speaking out. But today our biggest sports stars like LeBron James want to be heard. LeBron James sets a standard — not only for NBA players, but for all athletes — that activism is part of the job as a sports role model.

And, we are not going to separate sports and politics as long as team owners come calling asking for hundreds of millions of dollars to build them new stadiums. And they are never going to stop asking.

American sports have long been at the center of some of the major political debates and struggles of our time. What are some notable examples of activist athletes who’ve fought for social justice causes beyond the field of play?

In terms of being fearlessly outspoken, Muhammad Ali is really the defining figure in sports activism. Many athletes have taken a stand or been outspoken, but Ali is unique in that he rose to become then the most famous athlete in the world and risked his entire livelihood to stand for what he believed in.

In terms of transforming our lives, it is hard to overstate the importance of Jackie Robinson. When he broke baseball’s segregation barrier, the Montgomery bus boycott had not happened yet. The lunch counter sit-ins, the Freedom Rides, they had not happened yet. Martin Luther King told Robinson that he made the civil rights movement possible.

There’s a movie out about Billie Jean King and her famous tennis match against Bobby Riggs. King fought, not only by example but also with relentless activism, for the place of women and girls on the court and the fields. Tens of millions of girls have benefited from what King and the women pioneers of American sports made possible.

What are some other ways in which sports and politics are linked in ways fans perhaps might not think of or realize?

Sports language is so much a part of politics that we don’t even notice it. Candidates in debates try to land “knock-out blows.” Desperate leaders go for the “Hail Mary pass.” Successful political moments are a “home run.”

People know that events like the Olympics are partially, or largely, a political effort on the part of a host country. But I think we underestimate just how powerful these events can be. China hosted the summer Olympics in 2008.  Polls showed that just those few weeks of athletic competition made Americans take a more favorable view of the country and its government. 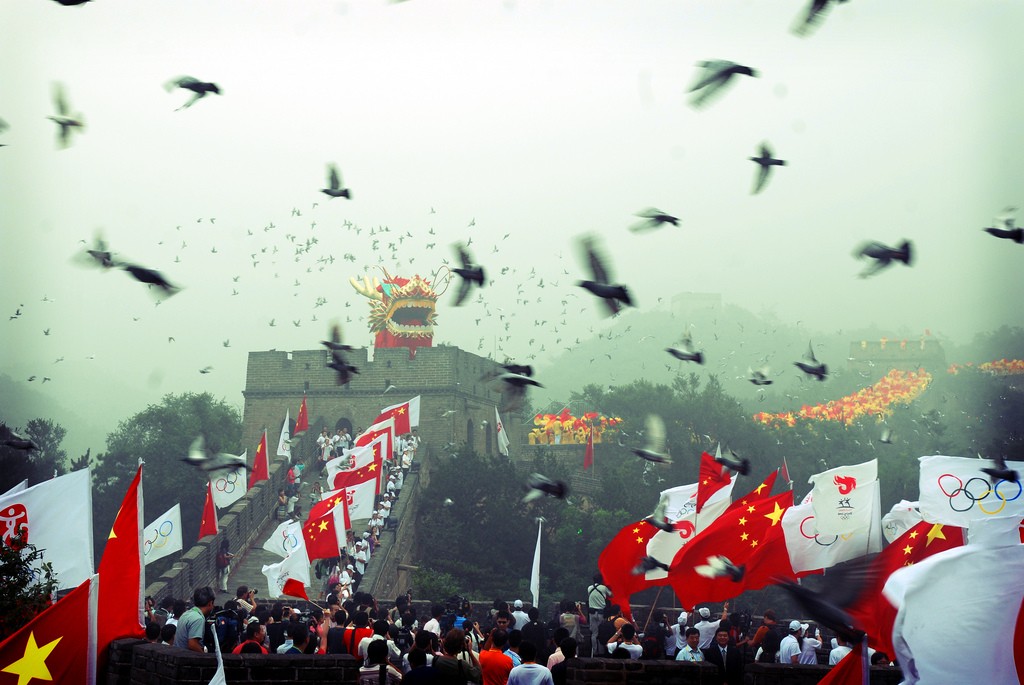 Flags wave as pigeons are released at the 2008 Beijing Olympics torch relay at the Great Wall. Credit: Edwin Lee under under CC BY 2.0

Should fans expect the world of sports to become more politicized in the future? What are some trends to expect?

There used to be interactions between sports and politics that were purely ceremonial. The president would call to congratulate the championship coach. Championship teams would be invited to the White House, and everyone would smile and say nice things. No one thought much about it and no one objected.

But even those traditional interactions are now deeply divisive. So the battle lines between sports and politics are only going to harden because athletes do not like being told to pipe down, and there’s no one who can make them.

Learn more about how UC's undergraduate and graduate programs in Political Science are preparding graduates for careers that have a national impact and global reach, or explore other degrees and programs. Tour the campus and apply today.