UC honor students find themselves amid ancient folklore as they brave lava fields, explore underground caves and search for elves in a land of natural phenomena

To stretch their worldviews beyond campus, a curious group of students traded in their classroom for the natural beauty of Iceland's moss-covered lava fields and the splendor of the Northern Lights.

The wide-eyed University of Cincinnati honors students embarked on an International study-abroad journey earlier this year to explore the cultural impact of world folklore and traditions in a land where notorious elves, trolls and ghosts still reign supreme.

“For a relatively young democracy, Iceland still holds on to a lot of its Scandinavian traditions and beliefs in ancient folklore,” says Kevin Grace, head of UC’s Archives and Rare Books Library, who led the trip. “It’s a perfect blend of modern progressive laws with a strong feminist component, wrapped in old-world traditions. Part of this is recognizing their folk heritage of ghosts, elves and the 'huldufolk,' or 'hidden people.'

"While Icelanders certainly don't go around everyday with a deep belief in trolls, they have incorporated the old ways into their marketing brand and tourist economy.”

Touching down in the land of fire and ice, Grace, along with his co-instructor Robin Selzer, assistant professor in UC’s division of Professional Practice and Experiential Learning, encouraged the students to observe the unique way this culture integrates the old traditions that form their identity with their global and personal relationships. 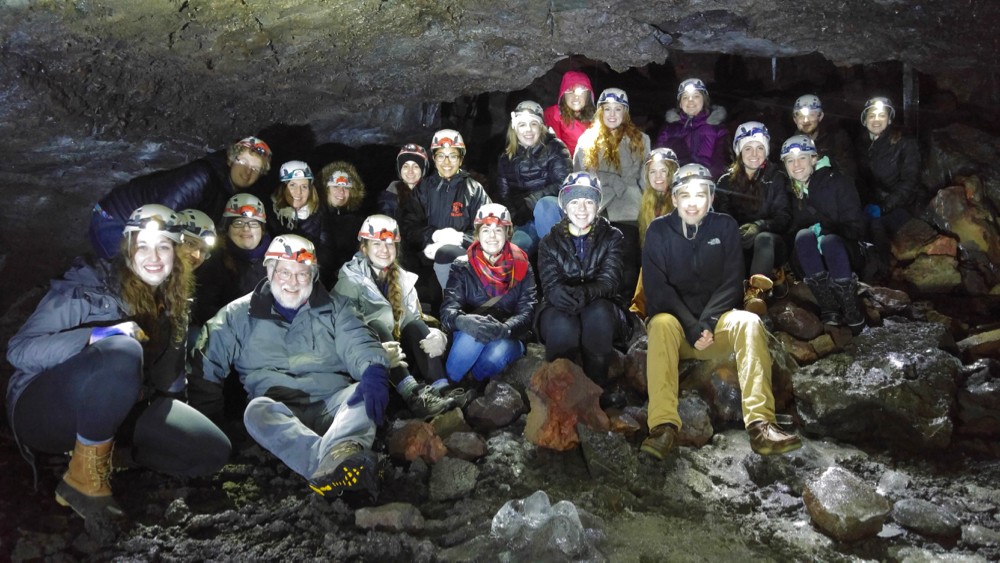 Kevin Grace (second from left) and his University of Cincinnati study-abroad honors students tour an underground lava cave in Iceland.

“From the moment we landed in Iceland, we could see why they still believe in elves, trolls and things like that,” says Natalie Prager, third-year communications student. “The landscapes are nothing like I’ve ever seen before. The icy mountains, steaming hot springs and mossy volcanic rock fields looked like scenes from straight out of a J.R.R. Tolkien novel.”

In gleaning an up-close and personal view for how this culture keeps the pulse of its folklore alive, the study tour mingled with other students from the University of Iceland. Soon after, Grace had them dining on local fare with Alda Sigmundsdottir, an internationally-known Icelandic folktale writer.

The students listened as she detailed the country’s unusual naming custom where parents have to gain approval before they can give a first name to their newborn, and how the unique surnames originate from the father’s (or sometimes mother’s) first name.

“While getting a feel for the land, we explored the beauty of the countryside,” Grace said. “We saw magnificent waterfalls that spilled out onto basalt beaches and toured an underground lava cave. Climbing out of that, we crossed over gnarled volcanic rock fields covered in wild moss hundreds of years old, so we were encouraged to step lightly on the moss to try not to disturb it. 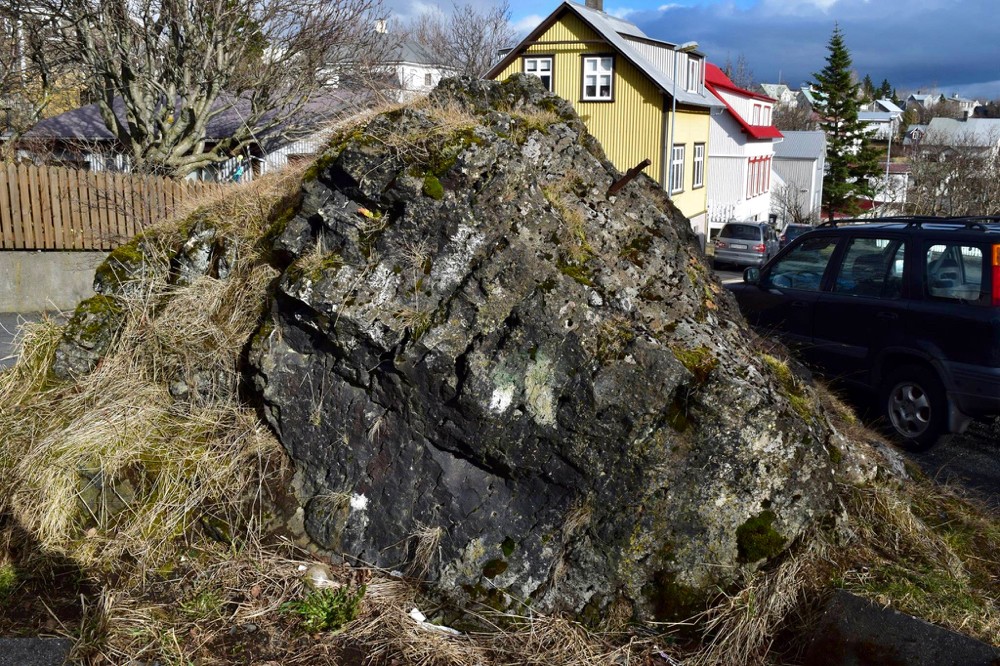 After attempts to move the rock for a construction project resulted in broken equipment, a compromise was reached after an apology was made to the rocks tenants (the hidden folk), which resulted in them staying and the road becoming a one-way street.

“As we toured the village of Hafnafjordur (pronounced Hapnar-fyoerth-ür), –– say that three times –– we were again told to step carefully, but not because of moss –– because we might step on the hidden people.”

Legend has it that elves, or the hidden people as they are often called, still reside among the rocks and countryside, Grace says, and if a person unknowingly steps on an elf or disturbs a rock or mound believed to be their home, that person will have many years of bad luck.

Part of the Iceland story is that it has has one of the highest literacy rates in the world and a centuries-long love affair with books and reading that includes their legends and sagas. According to Grace, officials would rather focus on this aspect of global recognition than on trolls, but business people know what sells.

Still, Grace says, the literary culture of iceland is evident everywhere and it fully complements the folk realm.

“However, in the cases where the elves win, you will sometimes see a road built around a rock or boulder that is known to be inhabited by the little people so as not to disturb them,” says Grace. "Why take a chance?" 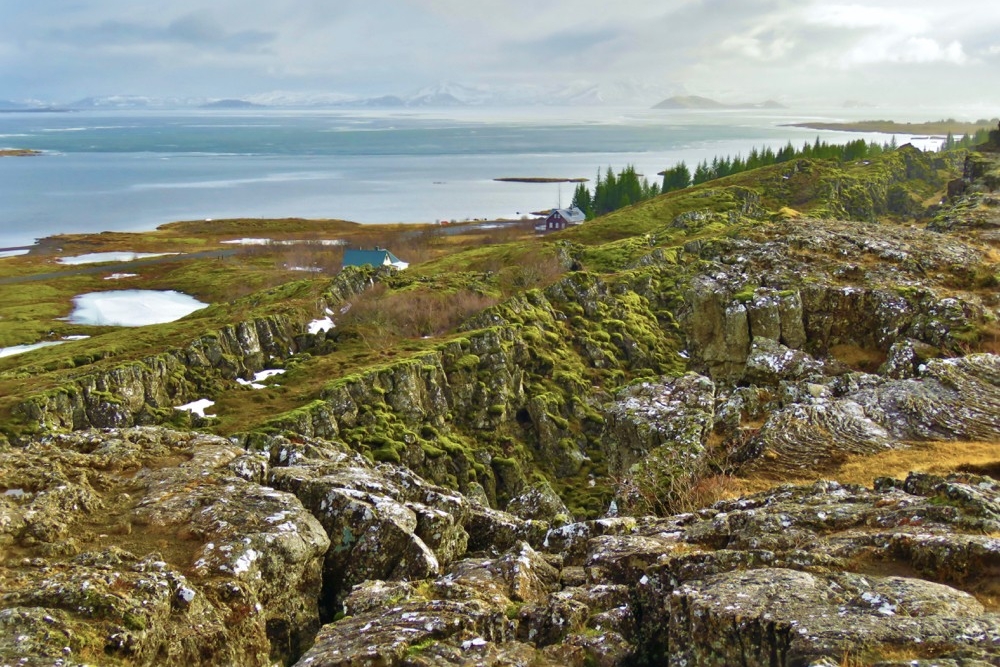 One of the many Icelandic lava fields covered with moss hundreds of years old. 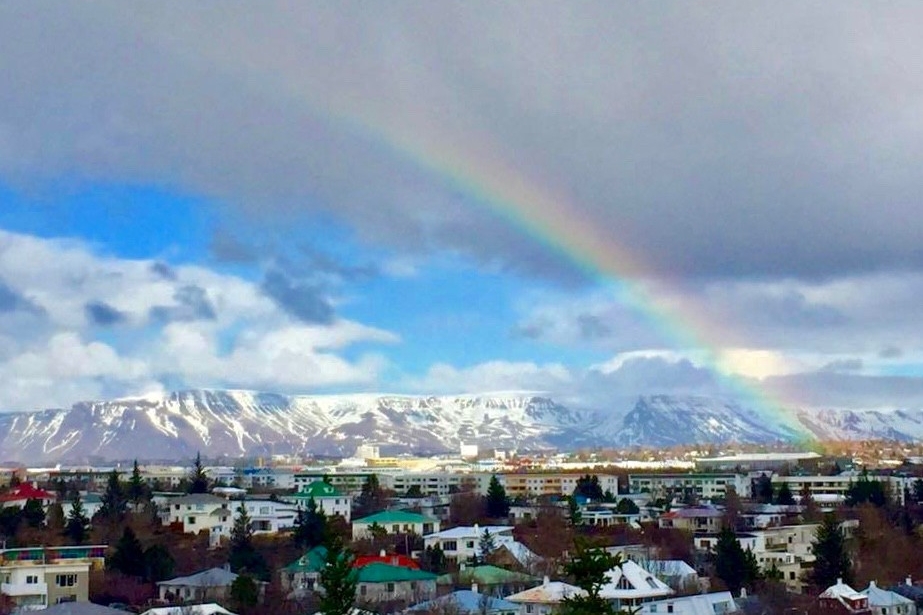 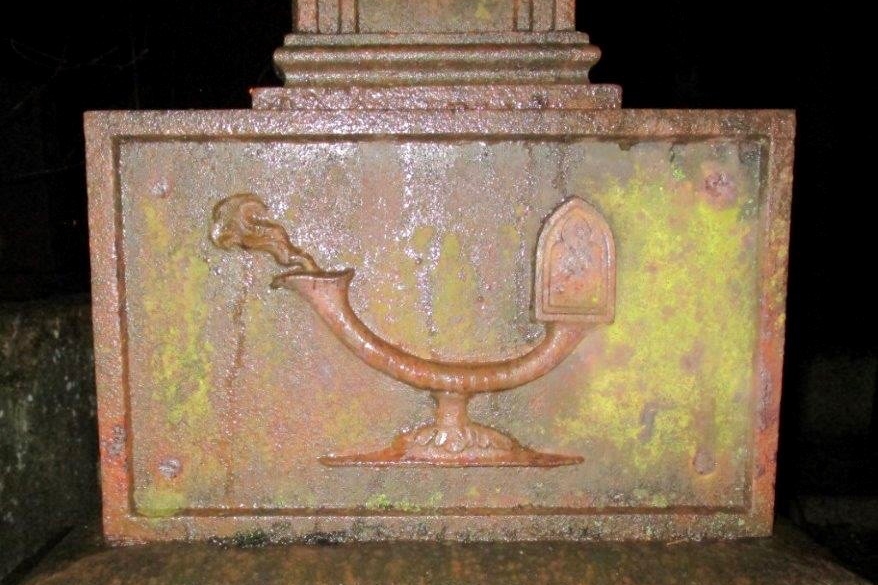 Spirit of the city

Several students describe the capital city Reykjavik (pronounced Ray-ka-vic), as a charming urban center bejeweled in a rainbow of brightly colored roofs. The side streets, they said, all seemed to lead to stunning views of the harbor from almost every vantage point.

While enjoying the bounty of diverse landscapes, the group occassionally experienced an eclectic mix of weather.

The highlight for many students while in the capital city included the old cemetery tour where the guide explained the significance of the bronze cross on one of the gravestones artfully etched with the symbol of an oil lamp (see above).

“This is the grave of the Light Bringer, the first person buried in that cemetery,” Grace explained. “The legend is that the Light Bringer’s body is never corrupted or ascends to another life. It lies uncorrupted and doesn’t decay in the grave, as it is her duty –– for the rest of eternity –– to guide all the newly dead souls into Heaven with her light.”

And no tour of Iceland is complete without a jaunt through the countryside atop the famous Icelandic horses –– the only horses, Grace says, that are permitted to live on the island.

“While we enjoyed the smooth gait of Icelandic horses, the tour guide told us that the farm owner would not move a particular shed in the middle of the farmland because he believes elves live there,” says Selzer. “He does not want to disturb the elf home because he is somewhat superstitious that things will happen to him or his farm if he does.

“This shows how powerful their folklore is in a visceral way even in this day and age.” 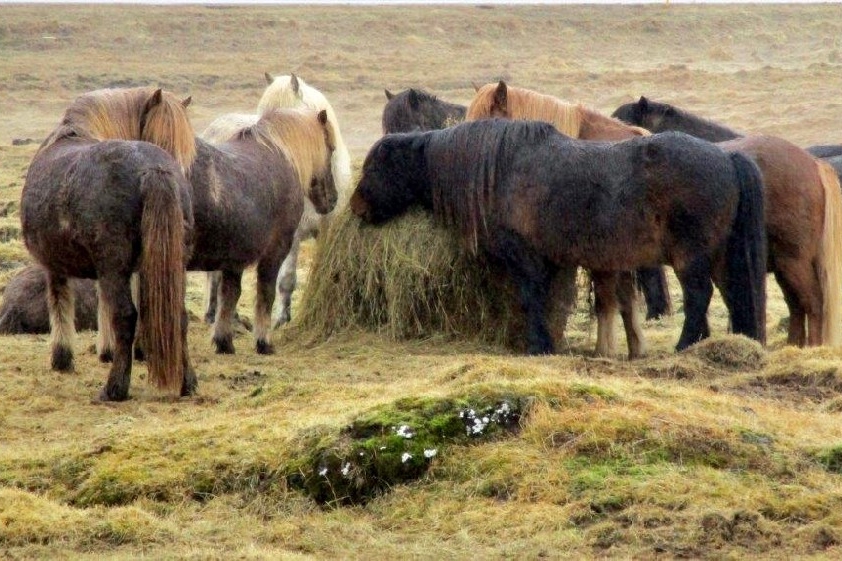 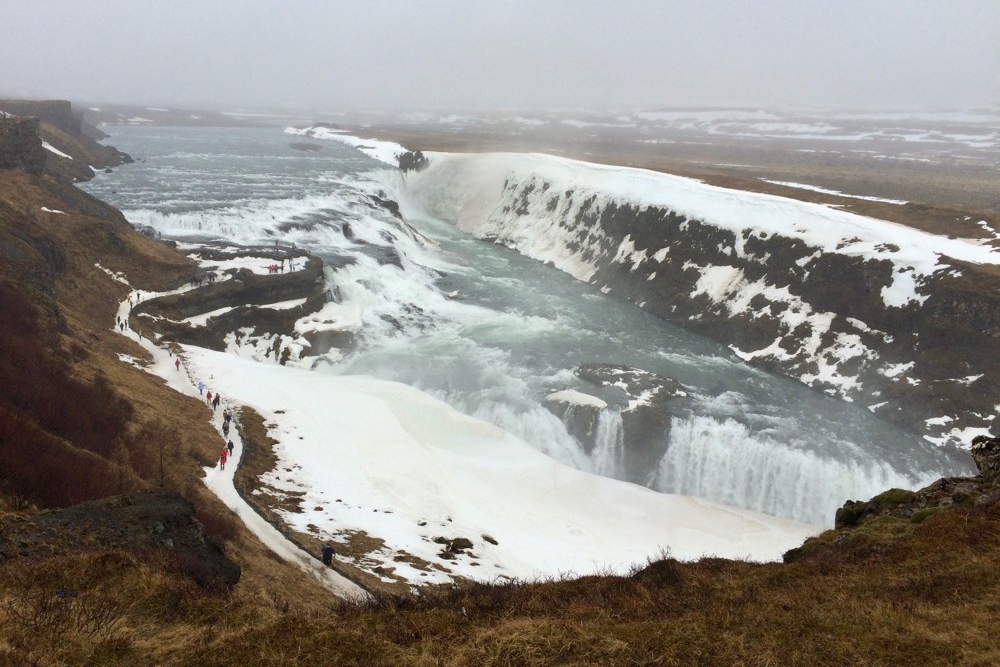 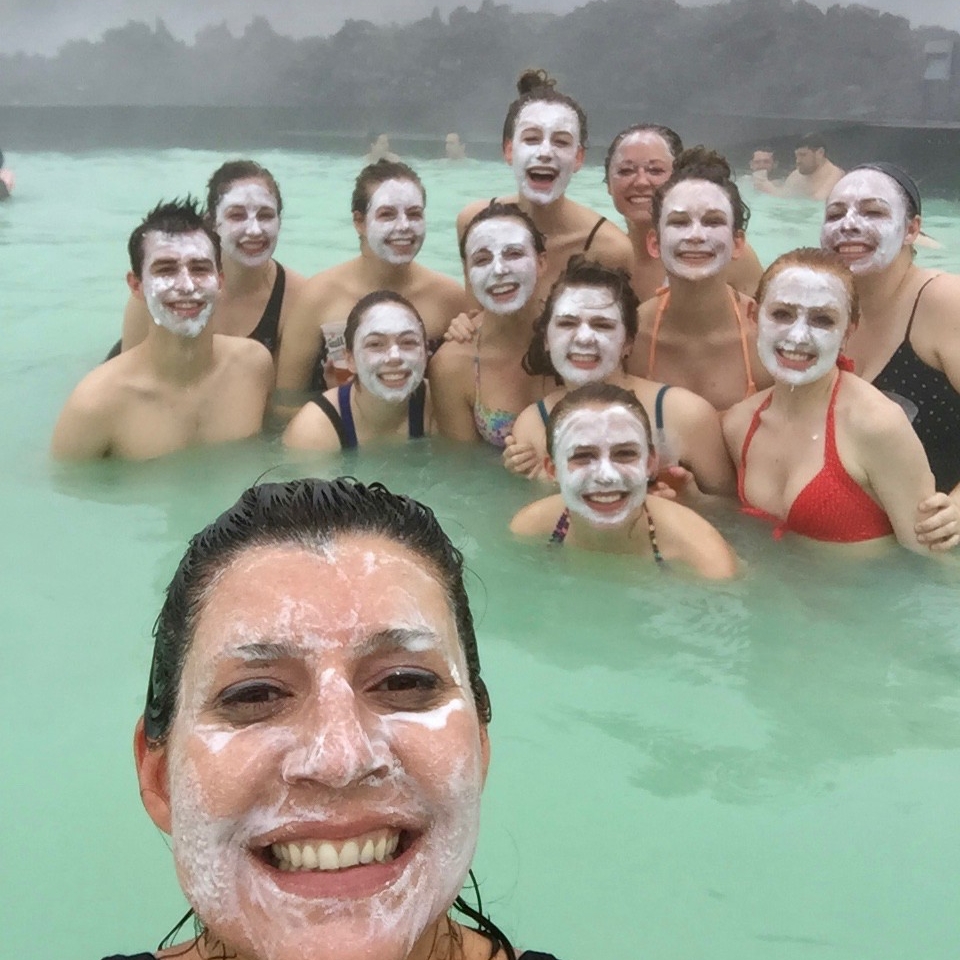 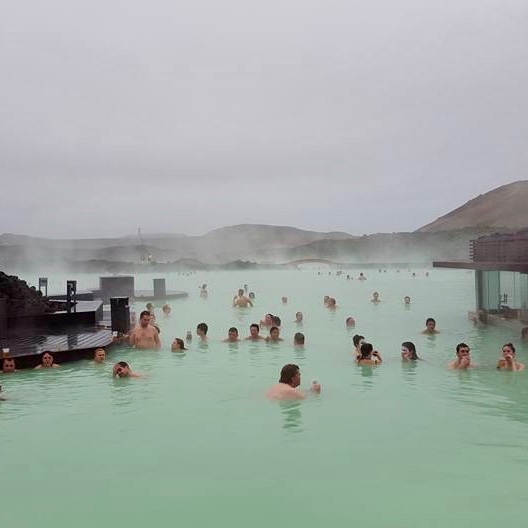 Breaking from the schedule, some of the adventurers loaded their daypacks with binoculars and cameras ready to see new sights. While half the group went off into the countryside to explore the bucolic, treeless landscapes, Selzer tagged along to the Blue Lagoon, one of the most visited attractions in Iceland, for a relaxing day at one of the country's natural geothermal spas.

“I never thought I’d allow someone to photograph me wearing a natural mud-mask on my face while floating around in a natural hot spring,” says Robin Selzer. “But it was so wonderfully liberating and fun, I didn’t care.”

Hoping to catch a glimpse of one of Iceland’s greatest gifts, the Aurora Borealis, the group slipped away from the city lights one night and gazed out under the cloudless rural sky. Grace described a sudden hush sweeping over the wide-eyed students as they stared in awe above the jagged horizon at a swirling emerald glow.

“While some people, including me, saw the shimmering vapors as swirls of white instead of neon green, we all enjoyed a magnificent experience under the sky that night,” he adds.

“The incredible people we met were so welcoming and friendly to us,” says Onnie Middendorf, third-year communications sciences student. “Never before have I seen human society and untouched nature so close together, both beautiful in their own way.” 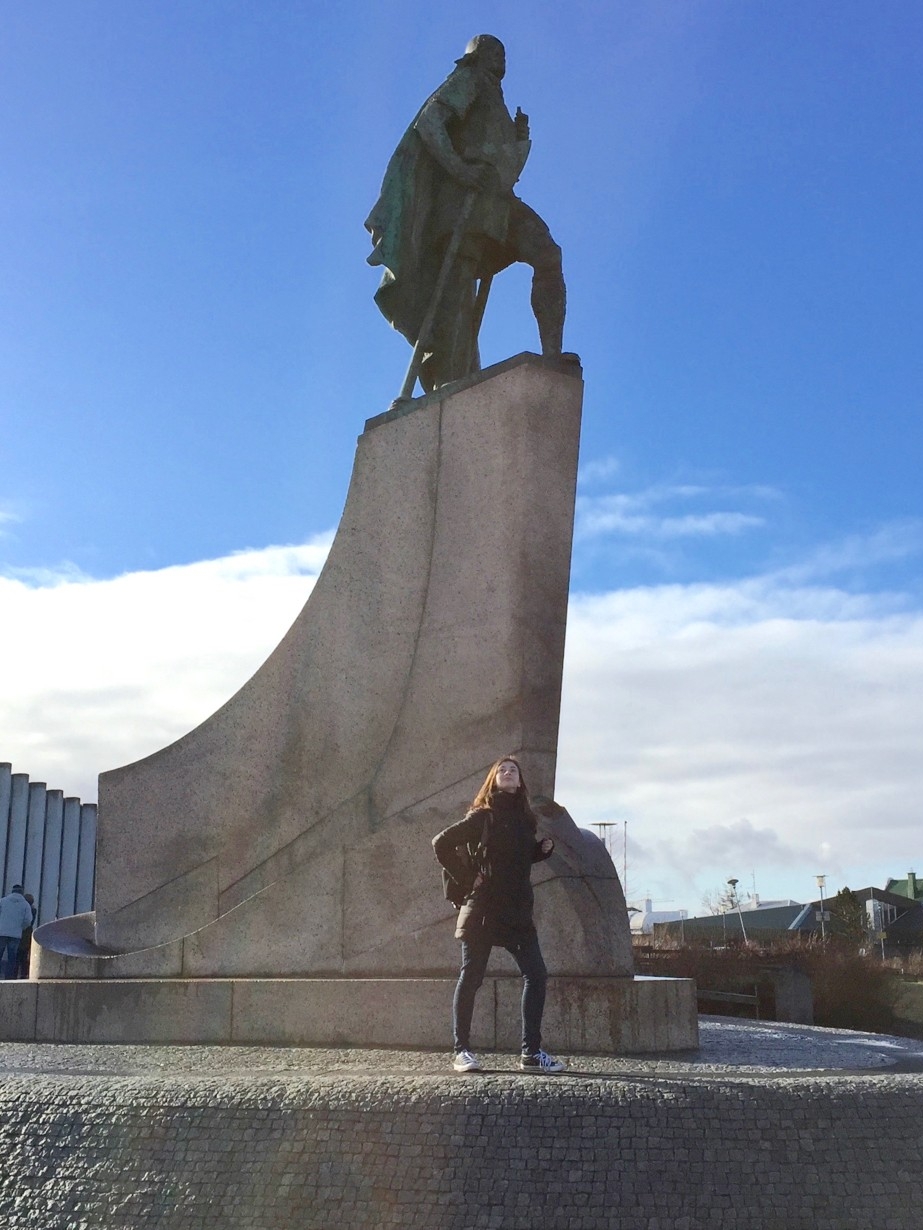 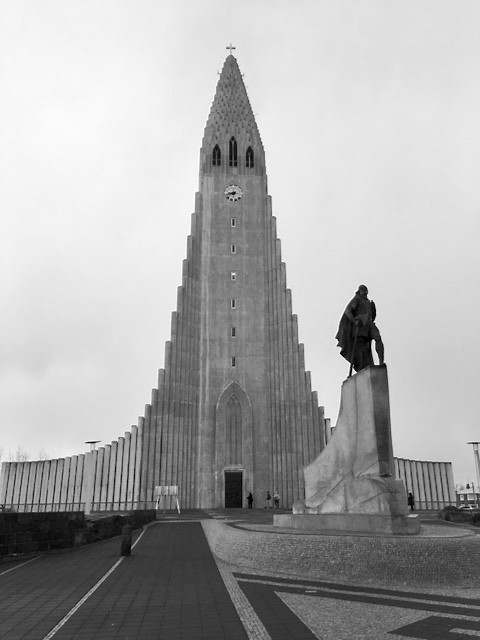 The statue of Leifur Eiríksson (who is known in English as Leif Eriksson) was a gift from the United States to Iceland to commemorate the 1000 year anniversary of Alþingi, the parliament of Iceland. The statue stands in front of Reykjavik's Hallgrímskirkja, Iceland's largest Lutheran parish church. 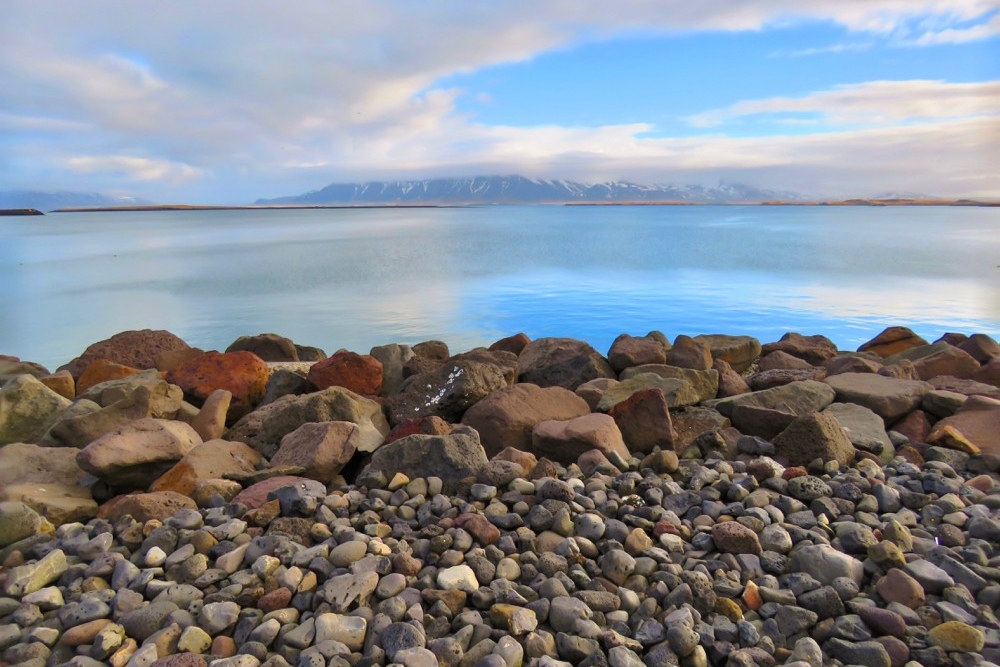 As they departed the island of 330,000 people and an undetermined number of elves and trolls, the students described the wonderland of regional folklore and mythical tales as a place where they found a new respect for the “variety of life.”

Most students expressed a stronger acceptance of new ideas into their own worldview, especially Jacob Orkwis, a second-year biology student. “Learning about folklore in a place like this truly opened my eyes and mind more than any other class I had taken before,” he says.

Recalling their adventures on their blog, the students chatted about eating fermented shark and whale meat, riding tiny horses in the rain and their escape to a natural thermal-heated lagoon with a shimmering aquamarine glow.

Some of them shared the awe of staring up at the tallest Lutheran cathedral in the world that seemed to touch the sky. Others recalled how pesky trolls, elves and monsters can be quickly averted by carrying the evil eye protector in their pockets. And a few discussed how brave they can become in deep, dark places when they are together with people they trust.

A few young scholars talked about imagining their last names as Nicksdottir or Shaunsson as if they were Icelanders, reminisced about smelling the old parchment in the folklore library and about seeing the wonder of so many stars and the swirling Northern Lights. 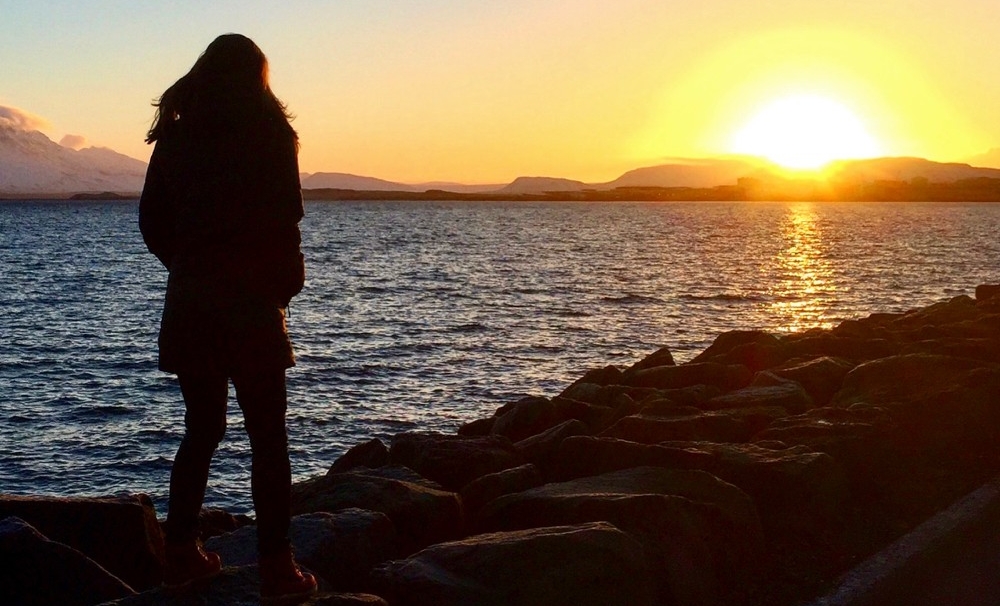 Saying goodbye to the sights but not to the memories.

“All of my travels to other countries, including Iceland, have made me a better person and are an integral part of who I am today," says Sarina Schroeter, third-year accounting and finance student. "With greater awareness and understanding of folklore in other cultures, I can better understand people of culturally different backgrounds, and with each new place that I visit, my global lens is sharpened and made clearer.”

Upon adding a final slide to their photo project, the students summed up their trip in one line,

“Warning, seeing these photos may make one want to go to Iceland.”

“No matter their majors, either engineering or design, when these students go out in the world they will admit that they understand their own discipline a little bit better because of their rich cross-cultural perspective,” says Grace. “And regarding those students who don’t really believe in the hidden people, they will never admit to that for fear that the elves will bring them bad luck.” 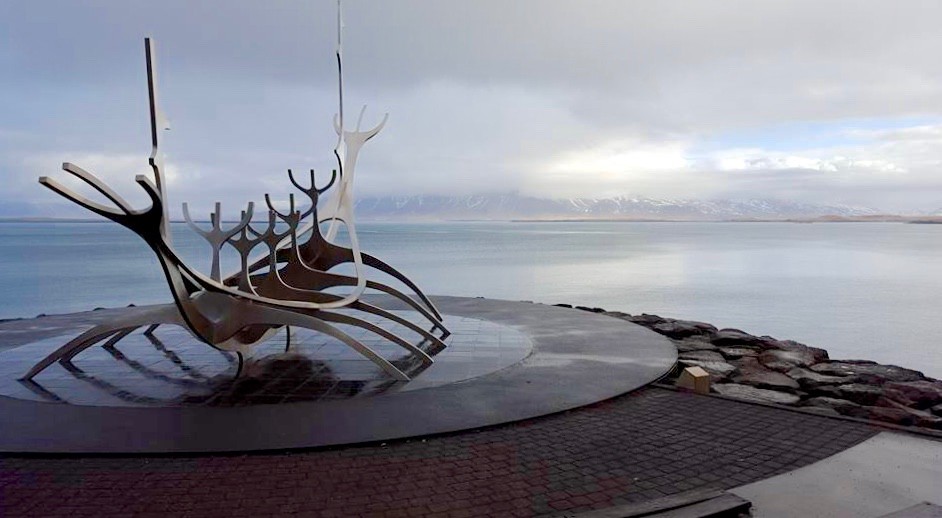 Sun Voyager, a sculpture in Reykjavik by Jón Gunnar Árnason depicts a dreamboat, an ode to the sun. Intrinsically, it contains within itself the promise of undiscovered territory, a dream of hope, progress and freedom.

Iceland by the numbers:

UC International by the numbers: 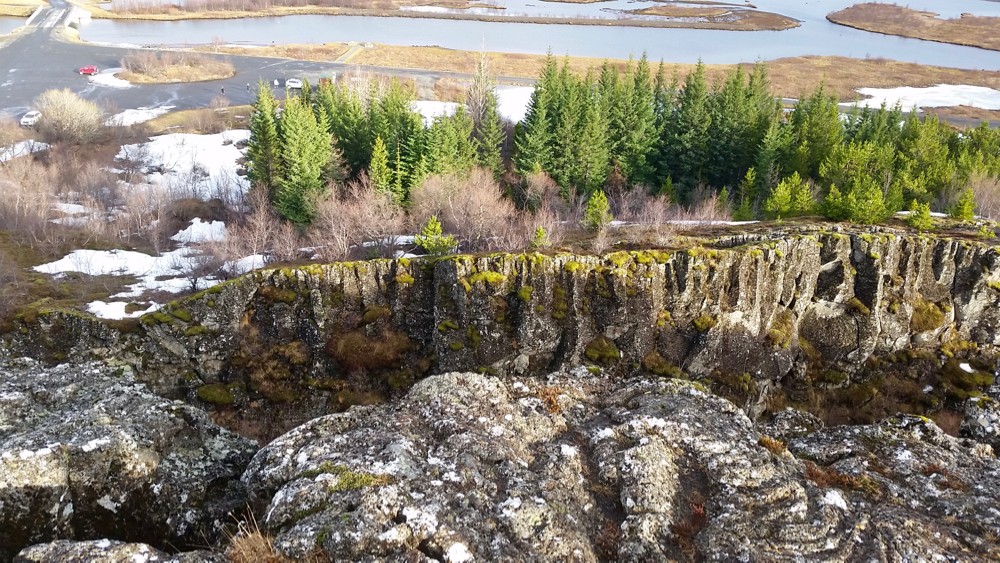 Iceland may be the only place in the world where the effects of two major tectonic plates drifting apart can easily be observed above sea level.