The sequencing of the first genome involving a cockroach species may one day serve as a model system comparable to how research on mice can apply to humans. In this case, the model could hold new revelations about how stress during pregnancy could affect both the mother and her offspring. Emily Jennings, a University of Cincinnati doctoral student in the Department of Biological Sciences, will present a study using RNA-sequencing analysis on a pregnant insect at the annual national meeting of the Society for Integrative and Comparative Biology. The meeting takes place Jan. 3-7, in Portland, Oregon.

The subject of the research does not involve the cockroach that sends us running for the bug spray when we find it in our home. The beetle mimic cockroach, Diploptera punctata, is much smaller and is not considered a pest around human habitats. Native to the Polynesian Islands, it primarily dwells in tropical forests. This is the first study of its kind to be performed on this particular insect.

The study involved extracting Ribonucleic acid or RNA — found in the cells of all living organisms — to develop a transcriptome, the gene readouts in a cell, to examine what occurs during the different developmental stages of the cockroach pregnancy and to explore if those changes hold wider applications for other mammals. The four stages of the reproductive cycle included mated but not pregnant; pre-lactation pregnancy; early lactation pregnancy and late lactation pregnancy, along with a male-female comparison that revealed unique expressed genes corresponding to each stage. 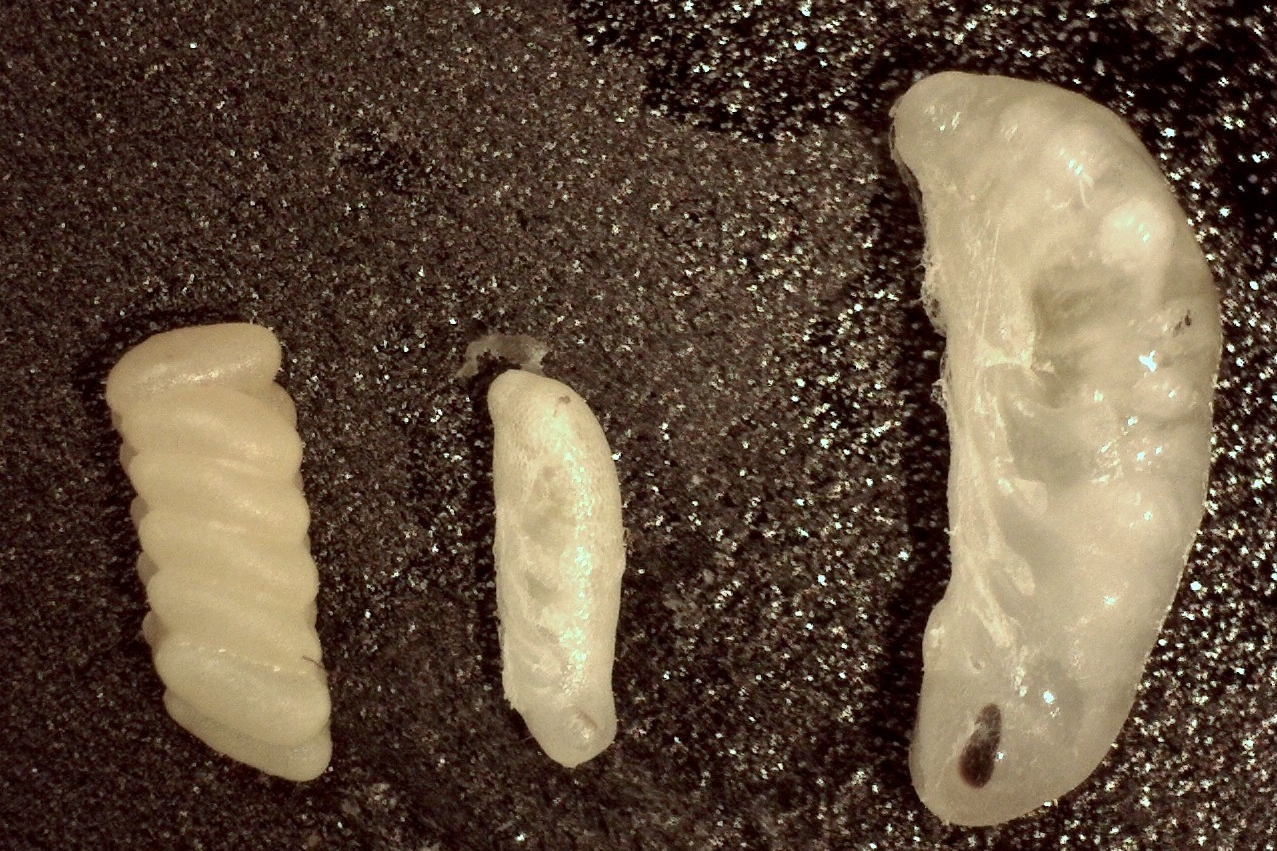 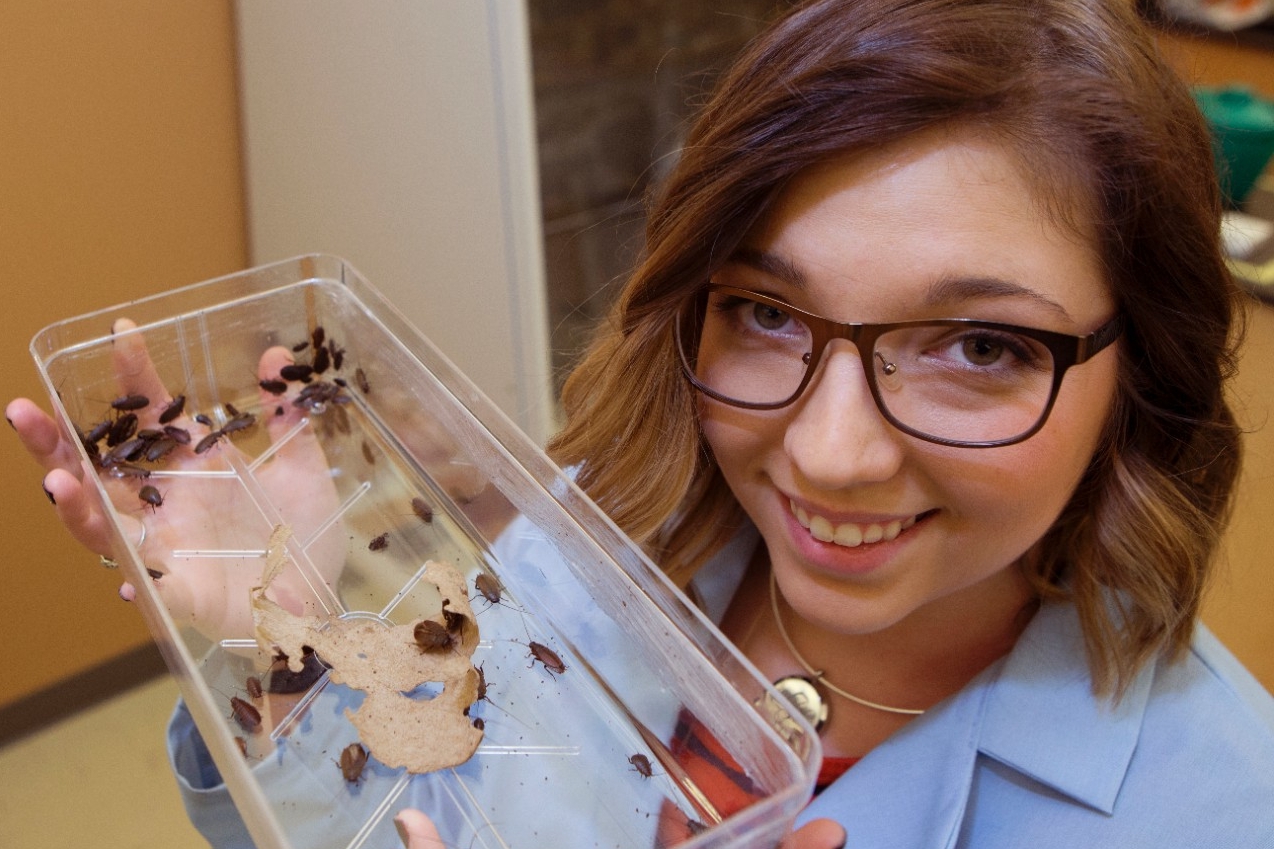 “When I started this project two-and-a-half years ago, we might have had a maximum of 80 sequenced genes for this animal,” says Jennings. “Now, we’ve found as many as 11,000 possible genes. We’re in the process of assigning functions, roles and names by comparing sequences to sequenced genomes, such as that of the fruit fly, stored in the database of the National Center for Biotechnology Information.

“We’re on the edge of creating an exciting new resource for examining how a mother nourishes her babies before birth, a process typically associated with mammals,” says Jennings.

Jennings explains that this particular cockroach generates a type of milky secretion that provides protein, carbohydrates and other necessary nutrients for the embryos — a process that is rather uncommon in insects but comparable with the placentas of pregnant mammals. The pregnancy lasts between 60-70 days while the pregnant cockroach expands and holds 15 developing embryos. The babies are born white, until their exoskeleton hardens and turns to the brown color of their species. 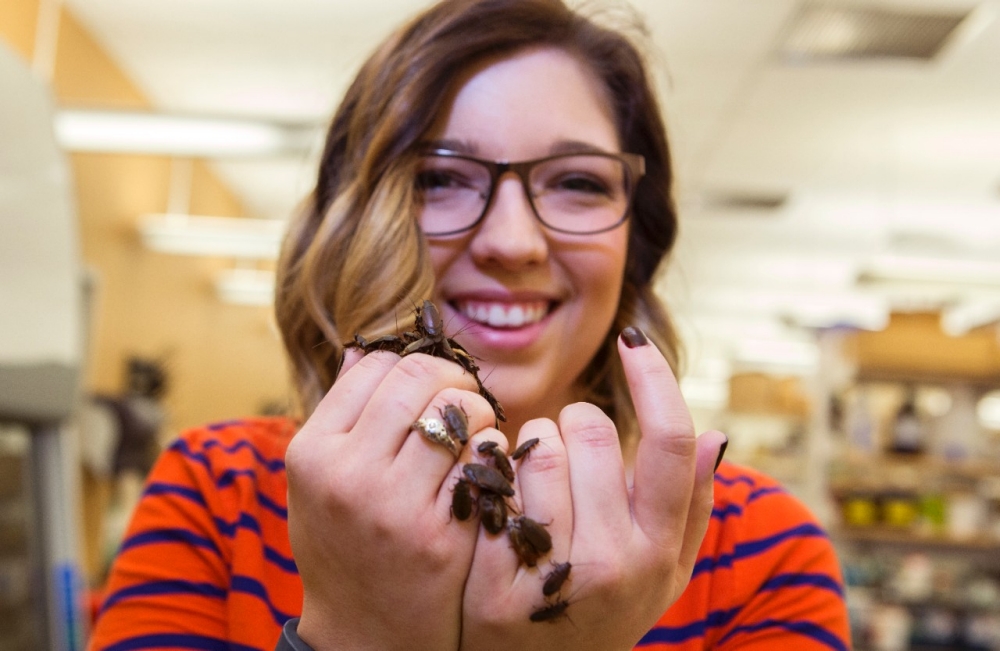 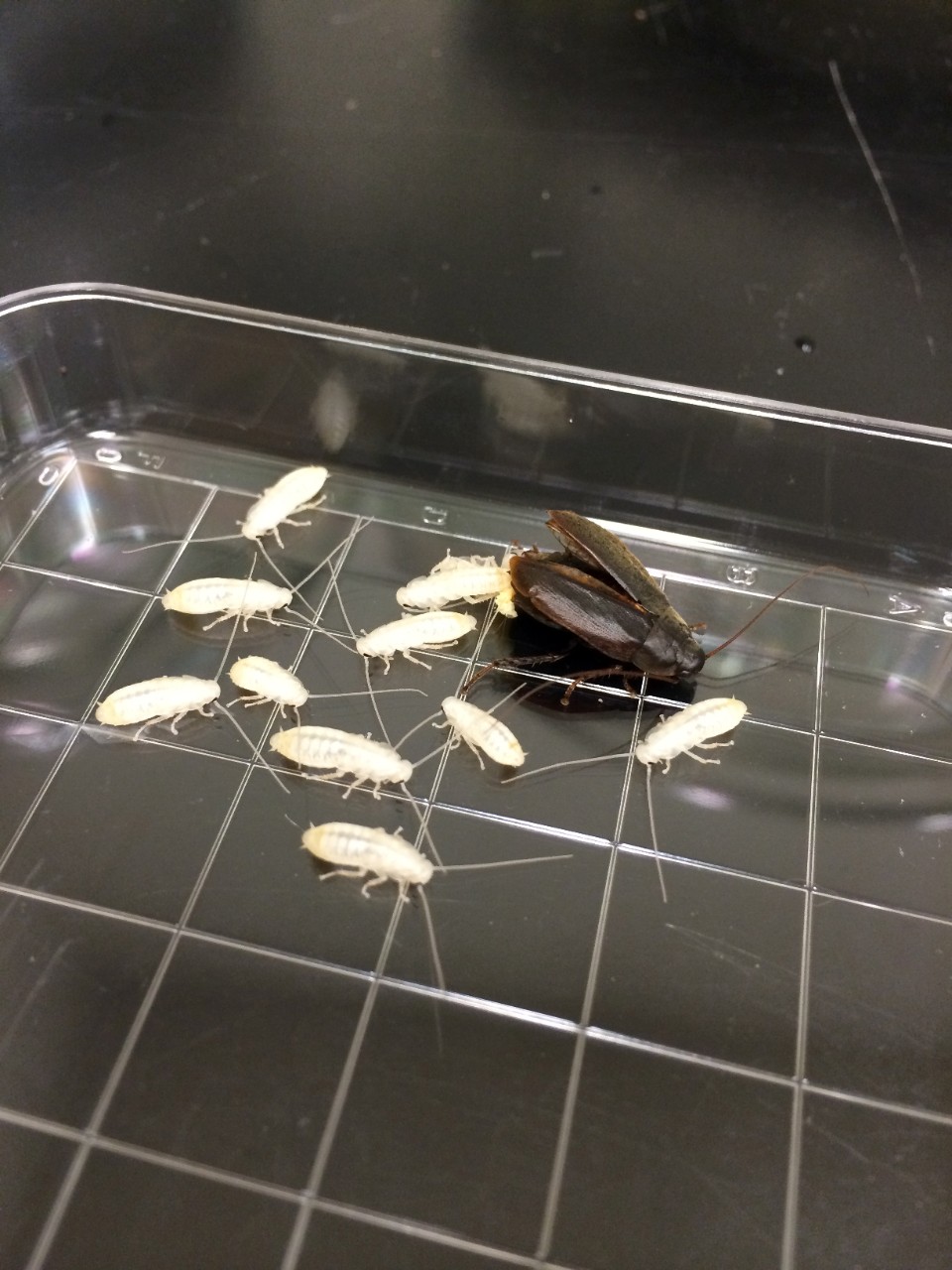 Jennings’ presentation on Jan. 7 will center on the gene expression that occurs during this process and if there are genes responsible for starting or stopping the procedure. The roaches have at least two reproductive cycles during their lifetime. It’s believed their lifespan is between three-to-seven months.

“Ultimately, our next step will be looking at how interaction between the mother and the embryos can be affected, so if the mother is stressed during pregnancy — such as being exposed to a toxin or being deprived of resources such as food and water  — we want to see how that can affect development of the embryos,” says Jennings.

“This would be called the mother-offspring conflict, and one example would be how a pregnant human and her offspring are affected by gestational diabetes,” explains Jennings. “This previously has not been studied in insects that give birth to babies that were nourished during pregnancy.” 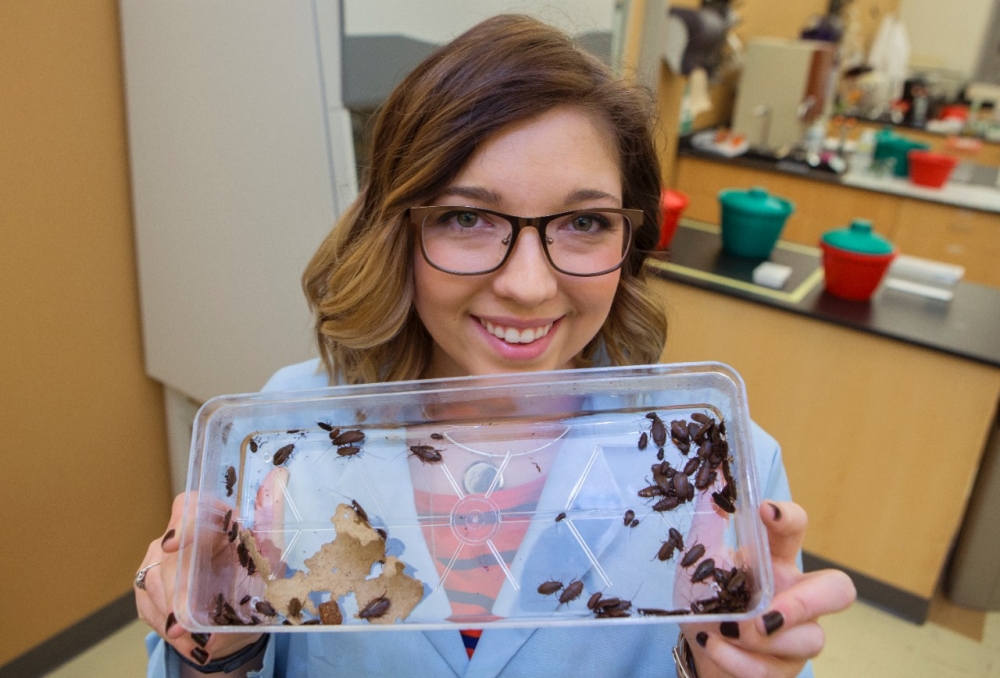 Jennings adds that the housing and feeding of the insects also is considerably less expensive than traditional animal research models such as mice, a savings of hundreds of dollars compared with the care for just one mouse.

“We have over 1,000 cockroaches in a fairly small space, an enormous population compared to what you can keep with mice,” says Jennings. “The feeding regimen of the cockroaches is the cost of a large bag of dog food that can last for years.”

Funding for the research was supported by the UC Weiman/Benedict Award in the Department of Biological Sciences and the UC Chapter of Sigma Xi Grants in Aid of Research (GIAR) Award.

The Society for Integrative and Comparative Biology (SICB) is one of the largest and most prestigious professional associations of its kind. The organization is dedicated to advancing research, education and public awareness in the areas of organisms, functional and evolutionary biology.

UC’s Department of Biological Sciences in the McMicken College of Arts and Sciences emphasizes research in sensory biology, behavior research and evolution and environmental change and biological resilience.