The same campus community that helped Sara Whitestone pay for the power-assist wheels she needed to traverse UC’s hilly campus ultimately helped her find a way to park her wheelchair for good.

As the 22-year-old prepares to cross the stage on her own power as part of summer commencement August 6, she reflects on her four years on campus — a span of time that saw her become completely free of her mobility device while also becoming the face and voice of disability and a powerful advocate for accessibility at the University of Cincinnati.

Whitestone entered UC in 2012, after being diagnosed with myalgic encephalomyelitis, a neurological disease that resulted in chronic fatigue so severe that she needed a wheelchair to leave her home. Whitestone’s medical condition presents a slew of symptoms, most serious among them is Postural Orthostatic Tachycardia Syndrome (POTS), a condition that causes an abnormal heart rate, headaches, nausea and even fainting upon standing.

“It’s like having the worst flu and trying to run a marathon every single day of your life,” says Whitestone.

The summer prior to her first year at UC, friends and family started a campaign they called “Sara Spins,” and the nonprofit with the catchy tagline — “Where there’s a wheel, there’s a way” — funded Whitestone’s power-assist wheels within a couple of weeks.

Sara was off and rolling across campus, but Sara Spins wasn’t finished. Later in 2012, Whitestone met Abbey Hunter, a UC design student who also suffered from POTS and also needed an expensive customized wheelchair. 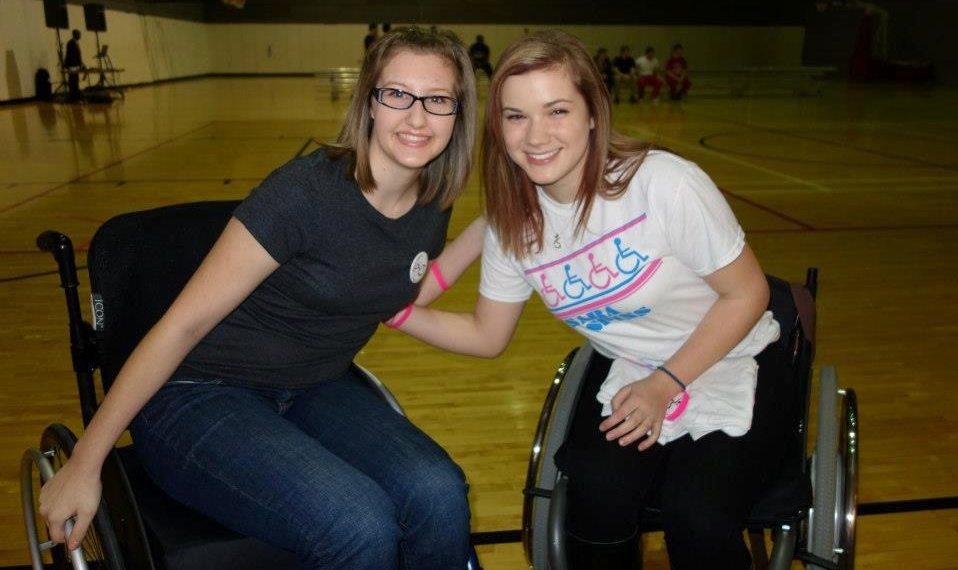 Challenge accepted and achieved. Sara Spins volunteers held fundraisers and bought Hunter’s new wheels and would ultimately even fund a third power-assist chair for another UC student, Taylor Baldauf, who had been in a serious car crash. The nonprofit didn’t stop at mobility devices either, as they also bought new hearing aids for student Tiara Chambers. In all, Sara Spins has raised more than $20,000 since 2012.

During Whitestone’s UC career, it became clear that her platform should extend beyond buying equipment for students. She became an advocate for change on campus, both social change as well as the need to increase accessibility. She and others started the Alliance for Abilities at UC to educate and encourage inclusiveness and community.

“I have a strong voice because of UC,” says Whitestone. “The faculty, staff and administration have supported me to develop my own opinion, my own outlook and then feel empowered enough to speak it.”

When she spoke, her voice resonated.

He explains that it was Whitestone who successfully pushed for all of UC’s shuttles to become wheelchair accessible.

“UC definitely gave me that platform to be an advocate,” says Whitestone. “I’m so grateful for all the programming and student clubs and student organizations and the support from administration that we have had to be able to create sustainable changes here to improve accessibility in all different areas.” 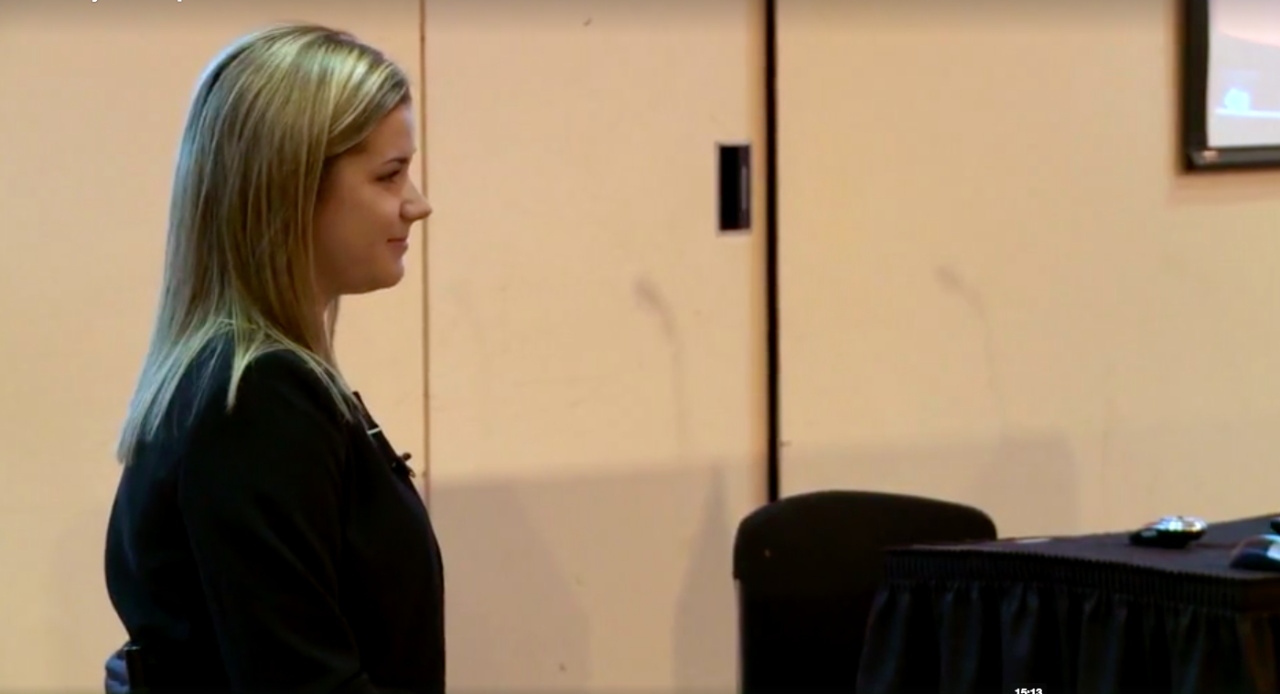 Sara Whitestone spoke during a UC Board of Trustees meeting in 2012 to discuss accessibility on campus.

A path toward healing

A connection Whitestone made with Abbey Hunter, the beneficiary of a Sara Spins motorized chair, eventually led Sara toward her own healing. Hunter discovered the POTS Treatment Center in Dallas, Texas, and through alternative treatments was able to regain her mobility.

It was a path that Whitestone ultimately would follow, but she wouldn’t make the trip to Dallas alone. In a rather cruel twist, her family discovered in 2013 that her younger sister, Hope, then in eighth grade, had also been diagnosed with POTS, which is often hereditary. Sending them both for treatment would cost in excess of $10,000.

“My parents were prepared to take out another mortgage on their house,” says Whitestone. “Instead, we took to the internet to fundraise, and within six days we raised so much that we even got flights for my parents to go with us. It was incredible.”

Strangers heard their story and donated, as did so many she knew across campus. Some put in a few dollars, and others gave hundreds.

“It was overwhelming,” Whitestone recalls. “As I’m thinking about it, I’m getting emotional. This shot in the dark, this chance treatment, to see these people take that chance for me and my sister, it was so humbling. To this day, I carry that with me everyday.” 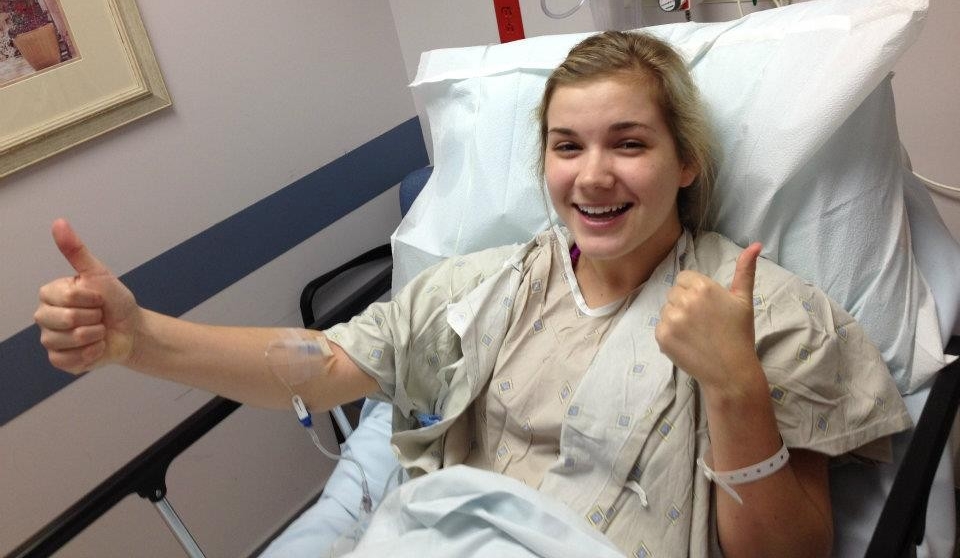 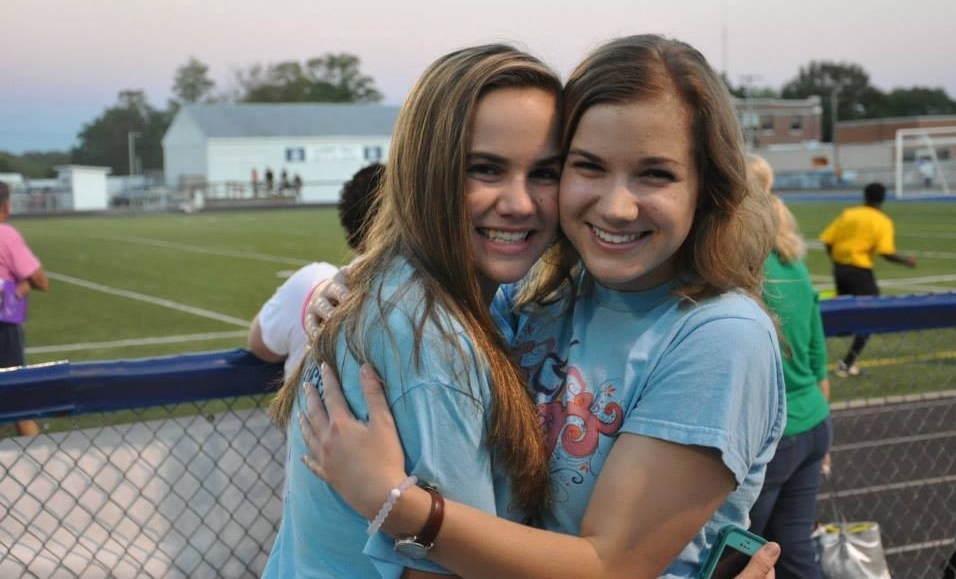 Hope Whitestone, Sara's younger sister, was also diagnosed with POTS, but both sisters are now doing well thanks to biofeedback treatments.

Whitestone (and her sister Hope) saw immediate improvement at the treatment facility using biofeedback treatment methods. It was an alternative to medication that essentially involved training her heart rate and nervous system to behave as it should. Each day she practiced the biofeedback methods and new breathing techniques to “reset” the central nervous system and ultimately alleviate the symptoms of POTS.

“Just breathing changed my life,” laughs Whitestone. “It is crazy. The first thing I did was learn to change my body temperature by visualizing blood getting back to my extremities. It was just so cool for me to see that I now had some autonomy and control over my symptoms. It was my first taste of how powerful the mind-body connection really is. There are a lot of studies on the relaxation waves in the brain and how it actually clicks your body back into a state of homeostasis [physiological stability] and healing.”

Soon, Whitestone saw major improvements and was able to feel well again and begin walking again without fatigue. She recalls her first time walking across campus in 2013 when she parked along McMicken Circle and walked past the fountain to University Pavilion. Her first stop was UC’s Disability Services Office to see Sauer, the man she refers to as her guardian angel.

“It was very emotional,” she says. “The first steps I took on campus were really profound. People were shocked to see me walking. A lot of people didn’t even recognize me out of the wheelchair. I felt almost like I was incognito or something.” 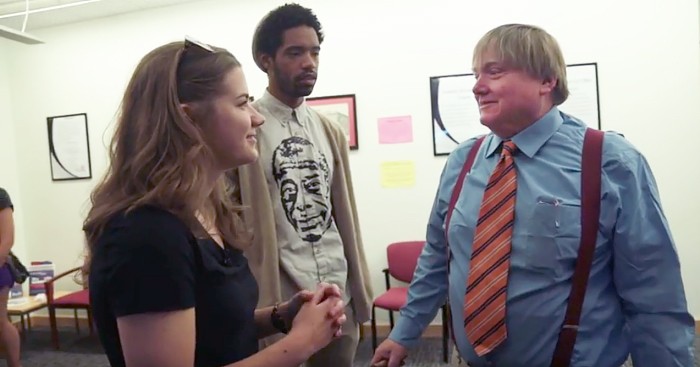 By her senior year, Whitestone had moved a few miles off campus to an apartment with steps. She donated her wheelchair to yet another UC student and bought a new set of wheels for herself — a bike she used on days when she didn’t walk the mile or so up Clifton Avenue to campus. She now practices yoga everyday and is even training to be a yoga teacher.

Whitestone will graduate Saturday as a double major from the McMicken College of Arts and Sciences with one degree in communication and another in neuroscience, both of which she completed within four years despite all the challenges. Her next academic stop will be at the University of Bordeaux in France, where she’s been accepted to pursue her master’s in neuroscience.

“My dream is to become a neuroscientist to research this illness,” she says. “I want to be a patient advocate around this disease and other neurodegenerative diseases.”

Meanwhile, many on campus will miss her.

“I’m very proud of her,” says Sauer. “She’s thought through her disability. She’s also put together a plan that allows her to continue to move forward.”

He intends to attend graduation to witness her moment in person.

“I’m going to be sad,” he says. “There will not be, anytime soon, another Sara Whitestone.”

As for Sara, she can’t wait to walk across the stage during commencement.

“I think I’m going to cartwheel across the stage,” she says. “Just kidding, I don’t actually know how to do a cartwheel. Maybe I’ll learn by then.”