In September 2019, the University of Cincinnati was again named in the Top Tier of the country's "Best National Universities," placing at 139 in the special issue carrying the 2020 rankings. UC is ranked at 64 among top public universities.

UC ranks at No. 3 among the nation's elite institutions for co-op and internships for 2020, and comes in No. 1 in the nation among public universities in this category, beating out the Massachusetts Institute of Technology, Duke University, Stanford Univerity and many more.

As the global founder of cooperative education, UC houses the world’s third-largest co-op program where each year, students earn a collective $75 million annually working for about for about 1,300 international employers. The program allows UC students to sequentially alternate academic semesters with professional, paid work directly tied to their majors with employers like Apple, Boeing, Disney, Fisher Price, HBO, NASA, Nike, P&G, Toyota and hundreds more, including non-profits and start-ups too.

In addition, UC has numerous programs ranked among the top 100 public universities in the nation. And UC is listed among national universities with substantial economic diversity as measured by the percentage of undergraduates (44 percent) receiving federal Pell Grants for low-income students.

Importantly, UC is also listed among those national universities with a healthy retention rate (87 percent) for the four-year period tracked by these rankings.

It's important to note that for Fall 2019, UC’s first-year retention rate has hit a new record of 88.4 percent.

These retention and graduation rates are especially impressive due to the university’s role as a Carnegie Classified Research 1 university where 28 percent of the university’s first-year, degree-seeking students are eligible for Pell grants. (Federal Pell grants are provided to students who demonstrate exceptional financial need.)

In the U.S. News global rankings, UC placed at No. 196 globally. The ranking is based on the institution's global and regional research reputation, publications, books, conferences and more. 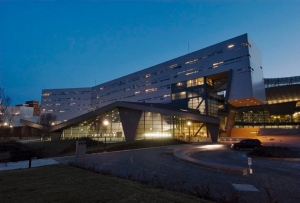 Note: Most rankings do not occur yearly.

Top in the world and the nation

Carnegie Foundation for the Advancement of Teaching

DesignIntelligence Survey of the Nation's Employers Who Hire Design Grads

No. 10 best online MBA in the country, based on tuition, accreditation, acceptance rate, student suport and engagement. (2019)