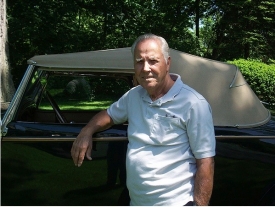 Jim Mariol designed countless toys for Little Tikes. In 2009, his Cozy Coupe toy car, one of the most popular children's toys in history, turned 30. Photo/Sarah Fasce

Like many born during the Great Depression, Jim Mariol rarely rode in a car as a child.

His father, trying to make ends meet, had to sell the family vehicle before Jim was even born. Still, the youngster was so fascinated by the cars motoring past his home in Canton, Ohio, that he knew he wanted to design them someday. Little did he know, that his car design would one day be in millions of driveways around the world.

Mariol, a retired toy designer who received his only formal training at UC's College of Design, Architecture, Art, and Planning in the late '40s, became best known for Little Tikes' Cozy Coupe, the bright red and yellow foot-powered kid car that last year outsold both the Toyota Camry and Honda Accord.

On June 6, 2009, to commemorate the 30th anniversary of Mariol's car, the first Cozy Coupe off of the line from 1979 will be accompanied by a special 30th Anniversary Edition and inducted into the Crawford Auto-Aviation Museum in Cleveland. 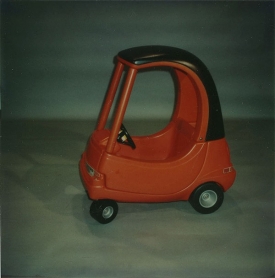 Jim Mariol's model of the Cozy Coupe was originally red with a black roof. He added the back end and the bigger back wheels not only to add trunk space, but to keep the car from tipping backward. Photo courtesy of Jim Mariol

With more than 10 million of his colorful compacts on the market, Cozy Coupes seemingly dot every neighborhood.

"I get a kick out of seeing Cozy Coupes all over the place," says Mariol, recalling a particular sighting on a vacation trip to Belize. "There were little clearings around the huts , and there was a Cozy Coupe in one of those clearings."

"When I was a kid, I always wanted a pedal car, "says Mariol. "I remember seeing them in the department store, but Mom and Pop could never really afford one of those. So I thought this is the time to design one."

In 1979, Mariol approached Little Tikes with the idea for a toy car, which the company later named the Cozy Coupe. He had gotten the original idea from a moveable toy box he had made for his son and from pushing himself around in an office chair. Little Tikes immediately began to make molds off of the model that he presented. "I really did the engineering, the whole works," says Mariol, "I felt really good that I could accomplish that end of the business."

Mariol has albums full of polaroids of the dozens of toys that he has designed for Little Tikes over the years. He bears a big grin as he thumbs through the scrapbook filled with ads, photographs of his early work and of him as a young designer. Images of his popular kitchen sets, trains and toy people are a gallery of childhood play things for practically anyone who grew up in the last few decades.

Mariol points to a picture of a train he designed, which he says was his first really successful toy. Every store wanted one because it was such a nice display.

"I'd have never thought that I'd wind up designing a toy car, let alone one that turned out to be as famous as that Cozy Coupe," he says, pointing to a miniature model on top of his office bookshelf in his three-story home in the Cincinnati suburb of Wyoming.

Next to the miniature version of his big hit are two cars that he designed when he was in his teens. That early ingenuity won him a $4,000 scholarship in a 1947 contest sponsored by the Fischer Body Craftsman's Guild. Mariol enrolled at UC to study industrial design and co-oped at Crysler, where he designed hubcaps, steering wheels and hood ornaments.

Three years into college, Mariol's education was sidelined when he was drafted into the Army to fight in the Korean War. Sadly, he wouldn't return to complete his degree. "I can recall being at a dinner someplace, and somebody asked me point blank if I graduated, and I had to tell them I didn't," says Mariol in a gravelly voice, "I thought it would have been nice if I could have said, ‘1953.'"

After the war, Mariol was bartending near UC when a former classmate asked if he wanted to start a design company with him. When the company and partnership soured, he and another worker from the firm started Design Alliance. After a rocky start, the new company began designing everything from shop vacs to radios to campers. He had clients like Procter & Gamble, the Crosley Corp. and Emerson Electric. "I always found the design business kind of hard to make a living," Mariol remarks, pointing out that he had an entire staff to pay. He knew early on that the ticket to his success would be designing something that would yield royalties based on sales.

He got to prove that point after Little Tikes became his client around 1976.

Mariol says that a lot of the credit for the success of his toys should go to Little Tikes founder Tom Murdough. "His motto was ‘keep it simple'. He had a great personality, and anything he believed in he could sell."

Little Tikes was Design Alliance's biggest account and the company began to flourish. During one year in the late '80s, Mariol made more than a million dollars in royalties alone.

Though Little Tikes eventually hired its own designers, they maintained their business relationship with Mariol. "I wasn't an engineer [and] I wasn't necessarily clever. But I could take something like a toy and make it work," Mariol says.

Mariol, who retired from the toy business in the early '90s, says toys have been important to him his whole life ."Maybe it's because of growing up during the Great Depression. I didn't have many toys. I had them in my head."

Nowadays he spends his time pulling weeds around his house in Cincinnati and at his winter home in Florida. In the driveway is something nicer than a cozy coupe- a '36 Packard Convertible Coupe. He didn't design it, and there aren't millions of them around. But perhaps it's a car his dad always dreamed of for the family. 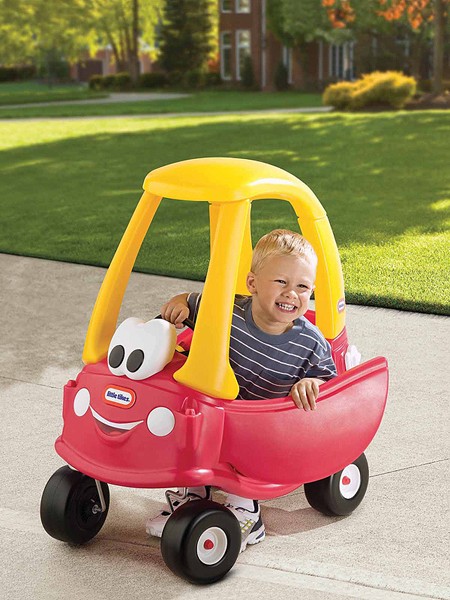 The Party Kitchen made in the early '80s was the first on the market to be a combined structure. Mariol later helped to create the Country Kitchen. Photo courtesy of Jim Mariol 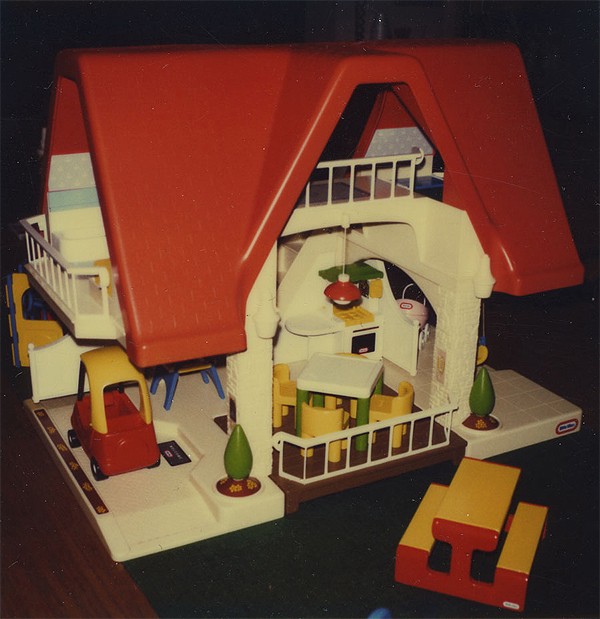 The Little Tikes Place, a dollhouse created in the late 1980s, consisted of some miniature versions of Mariol's creations such as the cozy coupe. In his original design, the roof was blue. Photo Courtesy of Jim Mariol 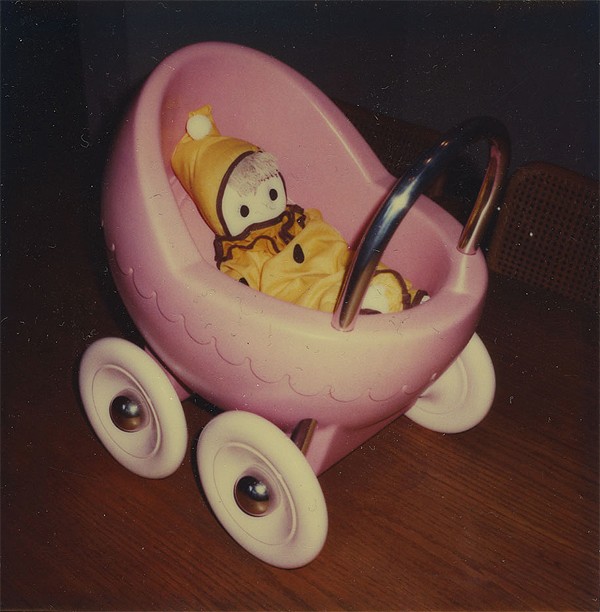 Mariol recalls shopping one day and seeing a pregnant woman looking at this baby buggy. She said 'This is almost worth getting pregnant for.' Photo Courtesy of Jim Mariol 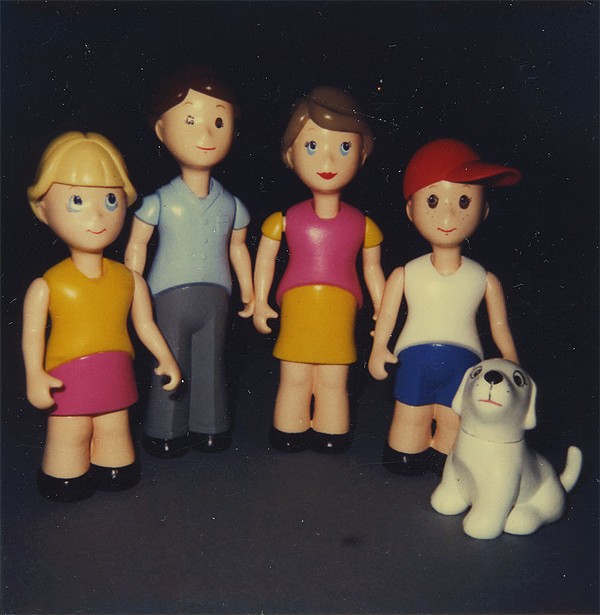 Mariol created these dolls with a pivoting torso to allow the dolls to move in other directions than side to side. He is particularly proud of the dolls although he said that they didn't sell very well. Photo Courtesy of Jim Mariol 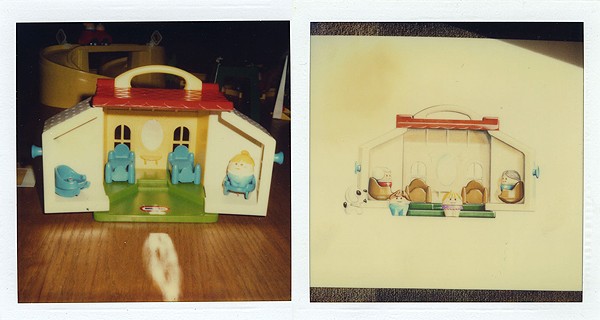 A Toddle Tots House and sketch. Mariol created many Toddle Tots toys, such as the Toddle Tots Loader. Photo Courtesy of Jim Mariol 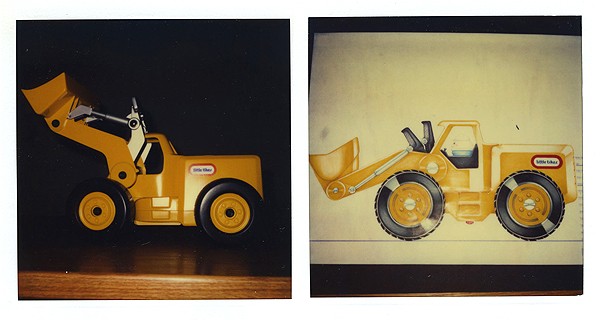 A loader and sketch. Mariol's company also created a number of construction toys, including dump trucks and diggers. Photo Courtesy of Jim Mariol