AY 7, 1993, dawned like any other in the city of Lorain, Ohio, a suburban Rust Belt city on Lake Erie about 30 miles west of Cleveland.

Nancy Smith, a single mother of four children, reported to her morning job as a bus driver ferrying preschoolers for Lorain Head Start, then headed to her second job, driving for the YMCA Meals on Wheels program. The days could often be long—Smith’s three part-time jobs often kept her away from her family for 12 hours at a stretch—but there was much to look forward to. Her oldest son, Adam, was getting married soon, and her teenage daughter, Amber, a roller-skating phenom who’d already nabbed one national championship, was skating her way to additional titles. Smith also enjoyed spending time with her aging parents and six siblings, all of whom were extremely close. And in recent years, she had become excited to rediscover her Catholic faith.

Little did Smith (pictured above) know that a sinister accusation had unfurled that day, one that would soon explode her world and reveal the shocking fallibility of a criminal justice system she once believed sided with the innocent: A parent had accused her, a mother, of the unthinkable: molestation of the very children she drove to preschool.

Even today, nearly 25 years later, Smith still struggles to find words to capture the overwhelming and wildly conflicting emotions jolting through her when, a year later in 1994, a judge sentenced her to 30 to 90 years in prison for gross sexual imposition, rape and attempted rape. She remembers the prosecutor smirking and laughing at her from across the courtroom, still so blindly confident in a case riddled with an appalling lack of evidence, clearly coached statements and witnesses with credibility issues.

“I believed they had to find you guilty beyond a reasonable doubt. And I knew, this isn’t going to go anywhere. It did not happen. And yet, I went to prison,” Smith said in a choked voice of the 15 years she spent behind bars before being freed in 2009 with the help of the Ohio Innocence Project (OIP) at the University of Cincinnati College of Law.

“I was just in a state of shock. I couldn’t believe it. It was a nightmare.”

It is, indeed, one of the worst nightmares imaginable: to be convicted of a crime you did not commit, to spend years in prison with the possibility of dying behind bars, innocent but believed by no one. Yet it happens. Just ask Rickey Jackson. Or Clarence Elkins. Or Derrick Wheatt, Laurese Glover or Eugene Johnson, the trio collectively known as the East Cleveland 3. All share Smith’s Kafkaesque nightmare of being tried, convicted and wrongfully imprisoned before becoming ultimately freed by attorneys and second-year law students working with the OIP.

Photo above: Nancy Smith has spent the last decade since her release from prison reconnecting with her family and getting to know her grandchildren. She says she will always be grateful to the OIP for helping secure her freedom: “God puts people in the places at the right time when we need them. When I started losing my hope is when He brought Mark and the Innocence Project into it.”

Now the remarkably true stories of these exonerees—just six of the 28 people freed by the work of the OIP—will be brought to life in the world premiere opera “Blind Injustice,” debuting July 22–27 at Cincinnati Music Hall’s Wilks Studio. A collaboration between the OIP, Cincinnati Opera, the Young Professionals Choral Collective (YPCC) and the UC College-Conservatory of Music (CCM) opera department, the work is based on casework by the OIP and the book “Blind Injustice” by UC law professor and OIP Director Mark Godsey, as well as interviews with the six exonerees. The production features a small cast, chorus composed of YPCC members and a 12-piece orchestra.

“This is what art should be doing,” said Godsey. “It works because the words are the exonerees.’ Although the stories are inspirational in their own right, the music exponentially magnifies their emotional impact.”

The idea for the opera emerged when the OIP’s young professionals committee approached the YPCC in search of some good old-fashioned networking. When KellyAnn Nelson, the YPCC’s artistic director, heard the exonerees’ stories, she immediately recognized the potential for something bigger than an after-work social event and reached out to Marcus Küchle, the Cincinnati Opera’s then-director of artistic operations and new work development.

The astute arts manager and practicing pianist also saw something far greater in the stories of those who have survived the crucible of wrongful incarceration. In them, he saw the elements of a true operatic tragedy: love, grief, rage, sorrow, anguish, reckoning, justice, forgiveness.

Eric Shane, who will perform the role of exoneree Rickey Jackson in the opera, considers the lines of Jackson’s songs at an opera workshop held last fall. Jackson served 39 years before being released in 2014.

“Amazing is too little a word to describe the stories of all the exonerees,” says Küchle, who oversaw development of the opera before stepping down from his post in December 2018 to accept a top position at the Tyrolean Festival in Erl, Austria.

Küchle reached out to Godsey, a former federal prosecutor turned innocence champion. Godsey put Küchle through an innocence “boot camp.” He learned, for instance, that nationally, more than 2,300 people have been identified as victims of wrongful conviction since 1989, according to the National Registry of Exonerations—a number that continues to grow weekly.

“I think I was just like every other average Joe who thinks of wrongful convictions as something that statistically probably occurs … but that it happens in different parts of the world in places you can’t even pronounce,” said Küchle. His education, he said, “was absolutely eye-opening. [Godsey] is so passionate about the work he does and he’s such a dynamic guy that it just felt like, of course we’ll do something together. Why would you not?”

When Küchle pitched the idea of an opera, Godsey didn’t hesitate. “It made perfect sense,” he said. “Operas are trying to create these incredible stories of perseverance, victory and defeat. These are real-life operas, every one of these cases.”

“Blind Injustice” is being presented as part of Cincinnati Opera’s CO Next: Diverse Voices initiative, which seeks to showcase works that expand the diversity of the company. Küchle says the project is also ideal for combating the widely lampooned Wagnerian caricature many still hold of opera.

“We need to make sure that people don’t just think of opera as ladies with chest plates and horned helmets,” he said with a laugh. “Opera has to catch up to where film and theater has already arrived. That’s our charge."

“
This is what art
should be doing.”
- Mark Godsey

As exonerations of the wrongfully convicted continue to mount in courts across the nation—last year, there were 159, according to the registry—so, too, are they captivating mass media audiences, with docuseries like Netflix’s “The Innocent Man” to documentary films like “The Central Park Five.”

But there hasn’t been, at least not until now, an opera dedicated to communicating the shared trauma, suffering and injustices experienced by exonerees, or their sheer determination to move beyond their shackles, both physical and mental.

With such an “untested” project looming, it was only natural, Küchle said, that he would tap a seasoned professional to direct it: Robin Guarino, the J. Ralph Corbett Distinguished Chair of Opera at CCM.

In 2011, Küchle and Guarino teamed up to create Opera Fusion: New Works, a dynamic partnership between Cincinnati Opera and CCM to foster the development of new American operas while offering experience-based learning opportunities for students. The successful partnership has since produced nine operas that have gone on to world premieres.

It was after the team began interviewing the exonerees in the summer of 2017 that Guarino, who worked with New York-based librettist David Cote and composer Scott Davenport Richards to shape “Blind Injustice,” quickly realized how profound her new project would be.

“When Marcus gave this project to me, I did not know what a gift it was,” Guarino added. “And now I know. The profound gift of meeting these people. The whole thing has expanded my life.”

Exoneree Smith admits she was skeptical when Godsey first suggested the idea of turning her story into an opera. But after hearing her aria, “Nancy’s Song,” and other “Blind Injustice” pieces performed at a workshop last fall, she and her fellow exonerees have all become true believers in the overwhelming power of the operatic form.

Her hope now is that the audience will also be swayed by the voices of the unjustly accused, whose stories, she says, too often go unheard and ignored.

“It’s emotional to hear someone singing your pain, your tragedy. Because that’s what it was. It was a tragedy for all of us,” said Smith. “The hope is that people see innocent people really do go to prison all the time. And if somebody is telling you they are innocent, listen to them.”

Due to demand, all shows are sold out 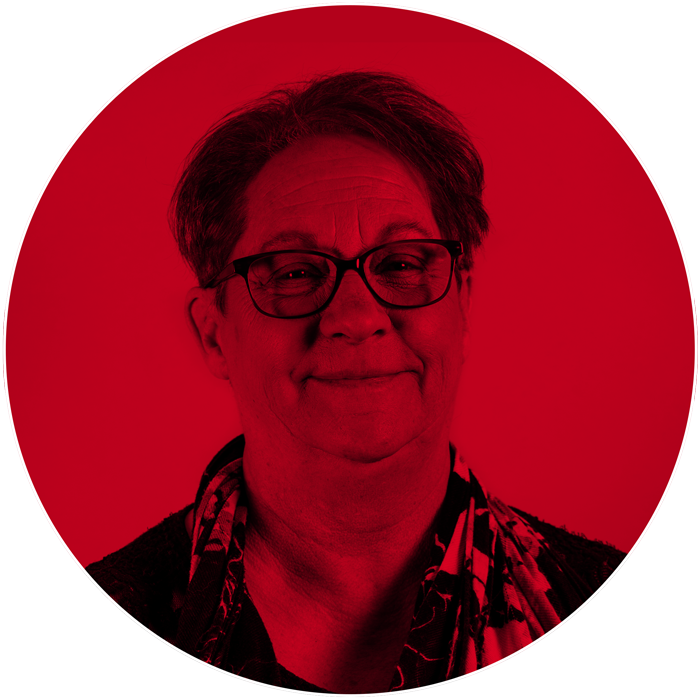 NAME: Nancy Smith
CHARGED: Gross sexual imposition, rape and attempted rape
CONVICTED: July 1994
RELEASED: Feb. 4, 2009. Nancy Smith served nearly 15 years in prison after a jury convicted her and co-defendant Joseph Allen of conspiring to molest preschoolers. In 2009, a judge granted her a new trial based on a technical problem in her original hearing. Prosecutors appealed. Smith then accepted a plea deal that allowed her not to have to return to prison. 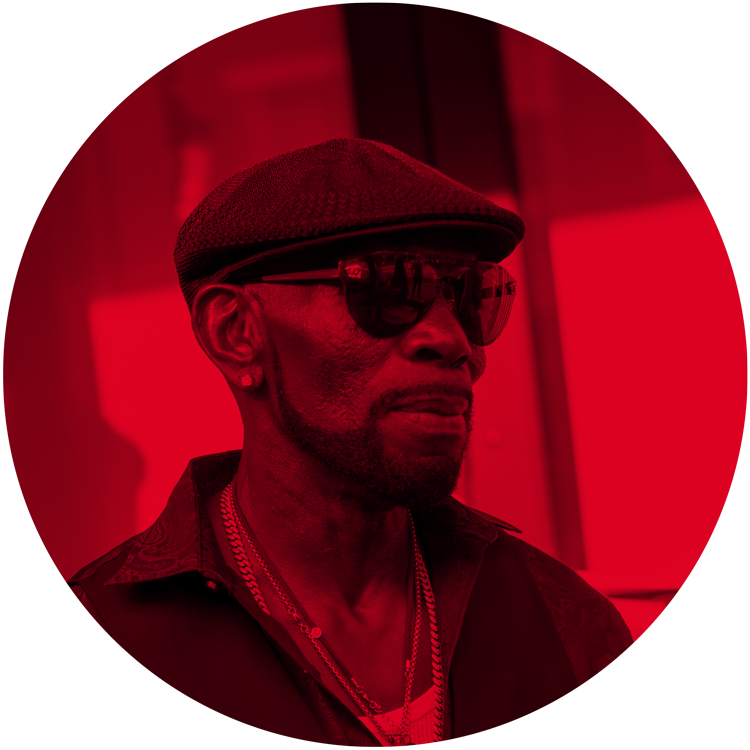 NAME: Rickey Jackson
CHARGED: Murder
CONVICTED: September 1975
RELEASED: Nov. 21, 2014. Jackson, who entered prison at the age of 18 after being convicted of murder during a robbery, served 39 years in prison—the longest prison term for an exonerated defendant in American history. His conviction was based on the state’s key witness, a 12-year-old boy who four decades later recanted his story, explaining that police intimidated him into testifying. 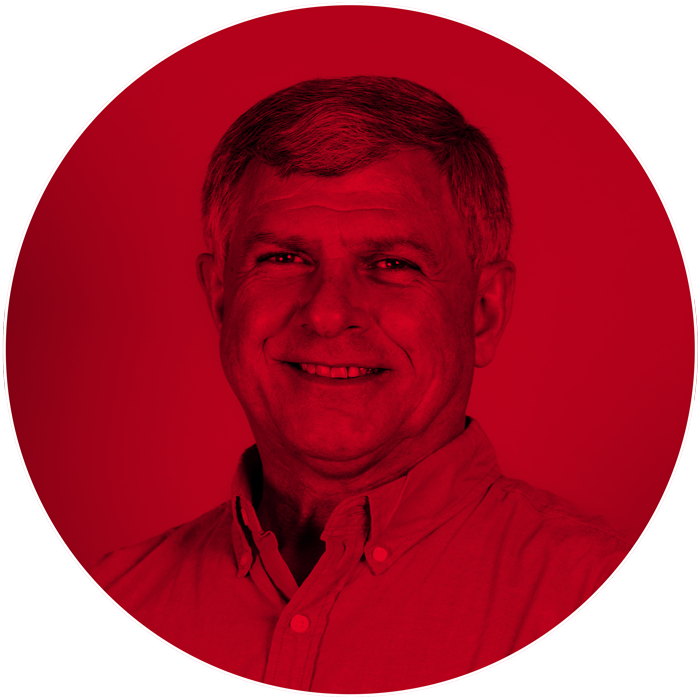 NAME: Clarence Elkins
CHARGED: Murder
CONVICTED: June 1999
RELEASED: Dec. 15, 2005. Clarence Elkins served more than six years in prison after he was convicted of murder in the tragic beating death of his 68-year-old mother-in-law, Judith Johnson, and the beating and rape of his 6-year-old niece. He was released from prison after new DNA evidence revealed another inmate to be the perpetrator. 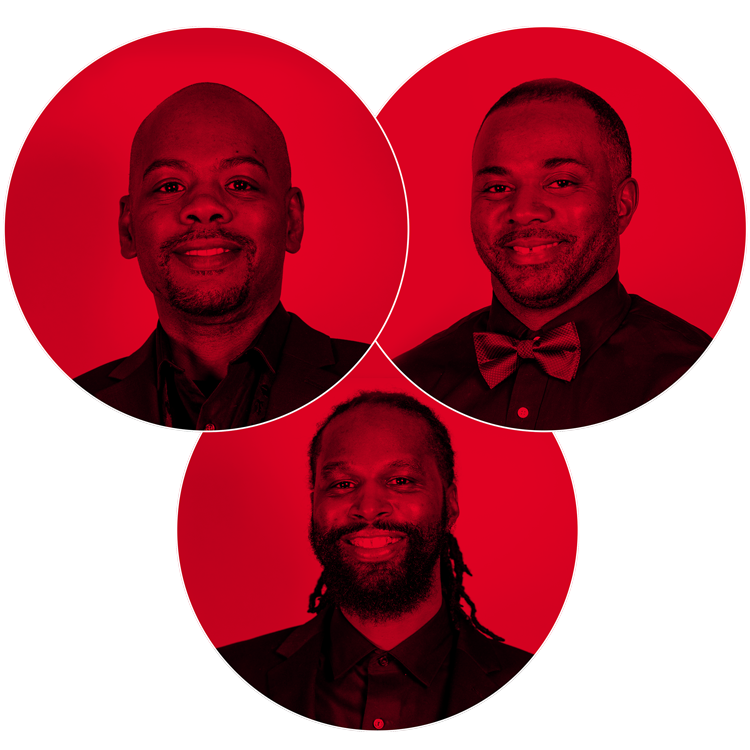 NAME: East Cleveland 3: Laurese Glover, Eugene Johnson and Derrick Wheatt
CHARGED: Murder
CONVICTED: January 1996
RELEASED: March 26, 2015. The then-teenagers were sentenced to between 15 and 18 years to life in the shooting death of a man largely on the basis of the testimony of a teenage witness who later recanted her story, saying she was coerced by police. A judge overturned their convictions in 2015, and in 2018, they were awarded $5 million each by an Ohio jury who found that East Cleveland police officers violated their civil rights. In January 2019 they were declared innocent by a Cleveland court.

Home to a new hub that fast-tracks marketplace breakthrough ideas and stokes creativity in teaching and basic research, the University of Cincinnati is proving that innovation is a mindset, not a major

As UC’s Gen-1 program celebrates its 10th anniversary, students, alumni and staff reflect on the impact and success of the first-of-its-kind initiative

The new UC Gardner Neuroscience Institute building is sensitive to the needs of patients who helped inform its design.

From prison to center stage

The world premiere opera “Blind Injustice” will explore the true stories of six people who were tried, convicted and imprisoned, but then ultimately freed by UC’s Ohio Innocence Project

Studying the life and legacy of Charles McMicken