President's farewell: Together, we excelled 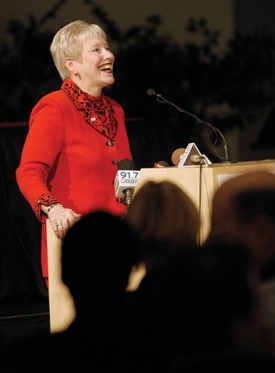 A good first start is critical to success, and I have benefited over the years from a well-developed personal strategy for new beginnings. Farewells, on the other hand, are another matter. No matter how you plan and prepare for them, they can be tough or at best bittersweet, mixed with a sense of loss and anticipation for a new beginning.

As my tenure at the University of Cincinnati draws to a close, one factor makes my impending departure much more manageable, personally and institutionally -- the simple fact that teamwork brought about the tremendous progress UC has experienced in recent years, not the labors of any one individual. Together, we achieved great strides, which today provide a rock-solid pathway to the many accomplishments yet to come.

I was privileged to be selected as UC's 25th president five and a half years ago and set to work immediately on the chief assignment the UC Board of Trustees outlined to me during the selection process -- to chart a strategic vision that would propel UC to premier institutional stature. This vision, ultimately called UC|21, was crafted at the hands of many and with help from UC's myriad stakeholder groups. More than 240 people attended our academic-planning town hall meetings, and another 2,400 took part in input sessions, while thousands more weighed in via the Web.

Thus UC|21, our mutual vision to lead in the 21st century, became the scaffolding for the achievements to follow -- all brought to fruition by the hard work and dedication of the entire university community, from students, faculty and staff, to alumni, donors and partners.

So together, let us look back on some of our collective accomplishments:

Reflecting on this list, I think back to the end of my inaugural speech. We have come a long way; undoubtedly we have a long way to go. I recall, as well, someone saying very early in my term here, "Don't be talking about UC going from 'good to great'!" I so agree. UC is already great. What together we have done is to move ever closer from great to premier!

I look forward to even greater momentum as UC, under the leadership of its next president, builds on our great and shared success. And I thank you, one and all, for the great privilege of being "Proudly Cincinnati."

Zimpher to take helm at SUNY

On June 1, 2009, Nancy Zimpher will become the next chancellor of the State University of New York, the nation's largest public university system with 64 campuses, more than 425,000 students and a $10 billion annual operating budget. She was selected from among nearly 300 candidates.

"The University of Cincinnati is a better place today, thanks to President Zimpher's leadership," says UC Board of Trustees Chair H.C. "Buck" Niehoff, JD '72. "We must remember that our current success is built on the efforts of all of us, and we will all be working together in this transition to our next president. We expect that, because of UC's stature and recent progress, our search will attract top-caliber talent that will continue to advance the university's greatness."

"Many of the changes we have made are now so much a part of the university that they are much bigger than one person or one leader," Zimpher said before her May 31 departure. "I can say with unwavering confidence that the University of Cincinnati, as a major research institution and the largest employer in this region, stands in an excellent position to build on its achievements and will continue to make a transformative impact on the world."

Zimpher's achievements were saluted in a Cincinnati Enquirer editorial in February: "She has raised UC's profile nationally and has brought it a new level of prestige. UC has become known nationally as a major research university under her watch, and admissions and academic standards have been raised. …

"Whoever replaces Zimpher at UC will have a huge job to tackle. But because of Zimpher's accomplishments during the past few years, that person will be in a better position to succeed."

In March 2009, UC trustees appointed Monica Rimai, senior vice president for administration and finance, to serve as interim president beginning June 1. Rimai will serve in the university's top spot during the transition period as UC officials hunt for a permanent replacement for Zimpher. 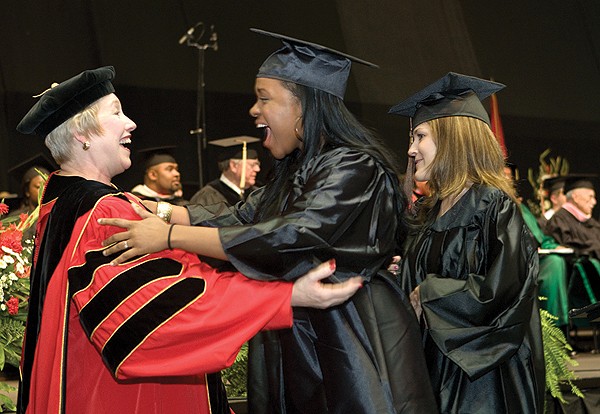 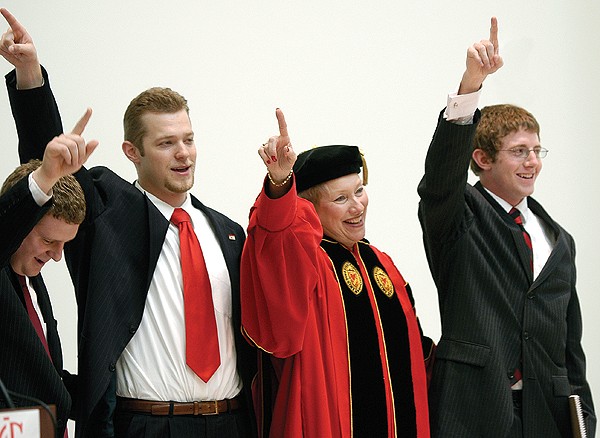 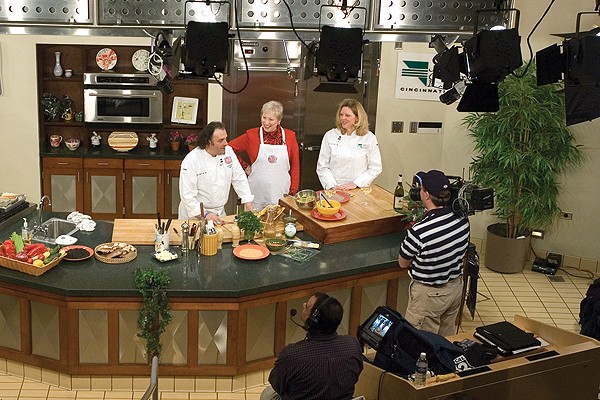 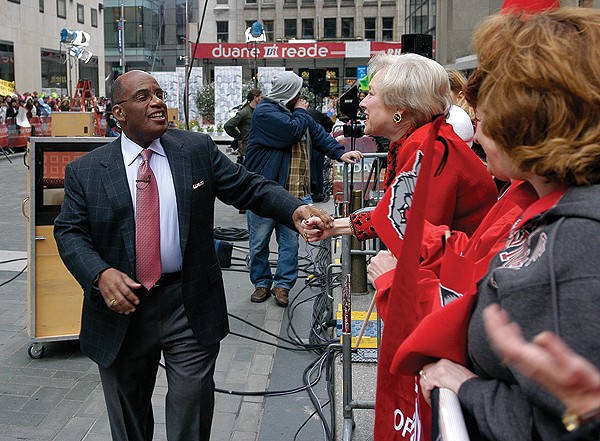 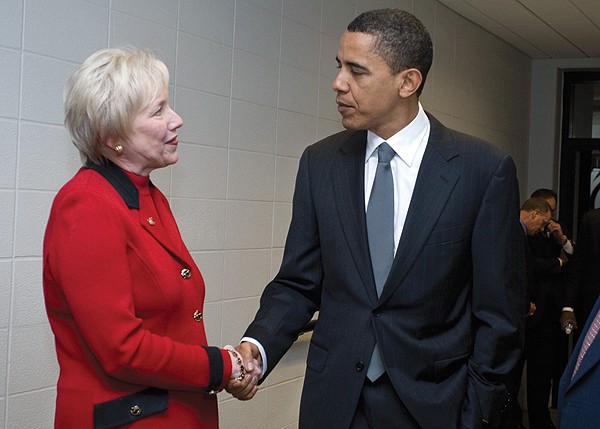 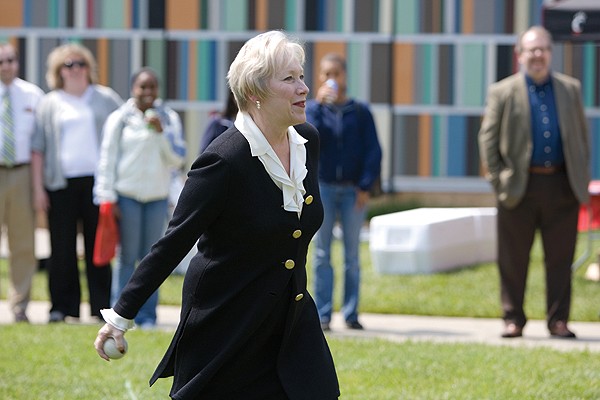 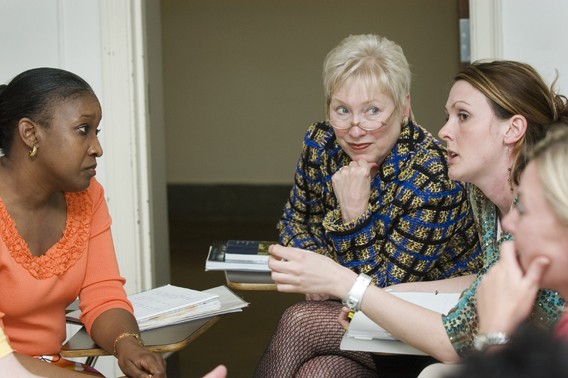 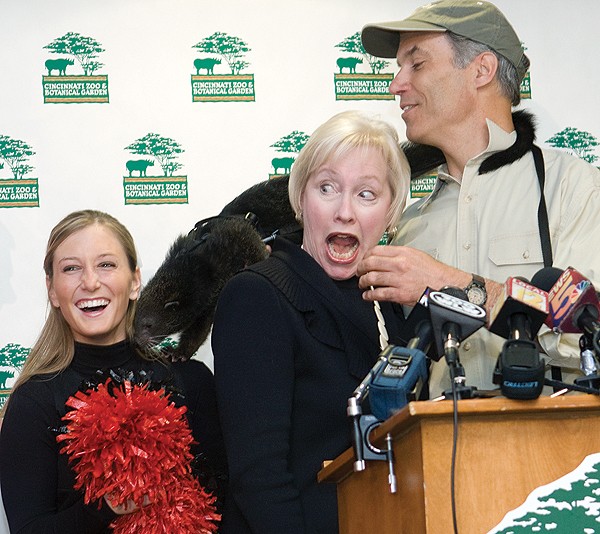 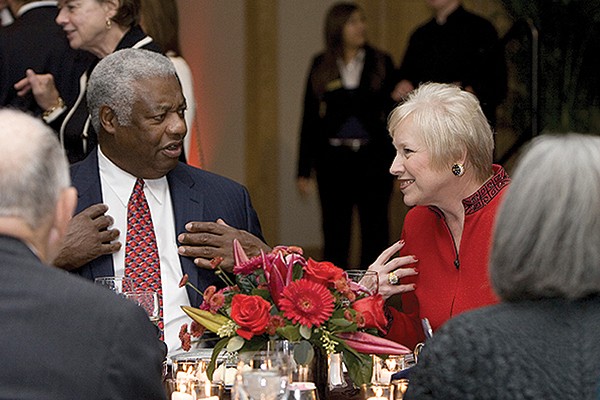