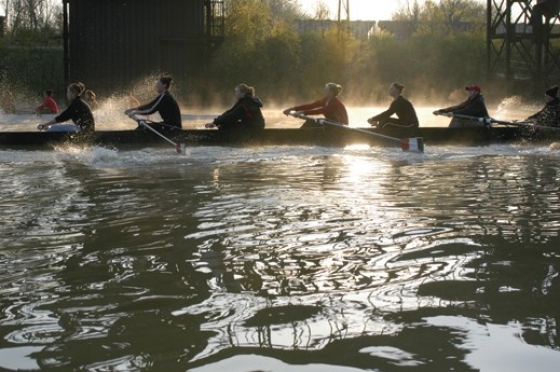 Sunrise workouts along the Licking River give the University of Cincinnati's rowing team a chance to synchronize their stroke. The women's team completed their fourth season as a varsity squad this year. Both the men's and women's crew teams started as club sports more than 20 years ago. The women's club team won a national championship in 1994 and even turned out an Olympic rower, Kelly Salchow, in 2000 and 2004.

Construction is set to begin soon on a boathouse planned for the banks of the Licking, an Ohio-River tributary in Wilder, Ky. Athletics is raising funds for the $4 million facility as part of Varsity Village. Rowing's 18,000-square-foot home will include five boat bays, offices, locker rooms and a multi-purpose room.