Tale of the tape 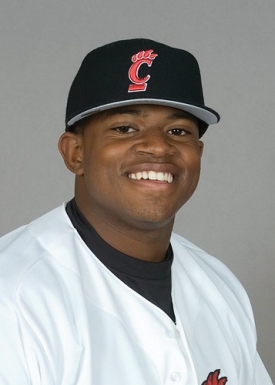 Lance Durham hit a baseball so far, it landed on professor Bob Rost's desk in the College of Engineering. OK, so the ball didn't exactly make it that far out of Marge Schott Stadium.

Durham's blast earlier this year did, however, become the first game-hit home run to land atop Fifth Third Arena since the ballpark opened in 2004, prompting baseball coach Brian Cleary to ask Rost, Eng '79, MS (Eng) '80, PhD Eng '85, a mechanical engineer, to estimate the distance of the towering shot.

To begin with, the right-field fence where the ball sailed over is roughly 360 feet from home plate, and Fifth Third Arena is another 25 feet beyond the fence and about 70 feet tall.

"Using standard equations for projectile motion, I have estimated that the ball would have traveled 550 to 560 feet," says Rost. "Projectile motion is dependent on how fast the ball came off the bat and at what angle it comes off the bat. I assumed the ball left the bat at 100 mph, and then I played around until I felt I had matched the flight path described by Coach Cleary."

Durham, the son of former major-leaguer Leon Durham (on hand to witness the record poke), admits he often tried to park one on the roof during batting practice, a feat only accomplished once before by former Bearcat (and current Reds minor-leaguer) Logan Parker, Ed '07.

Durham's fourth-inning solo bomb was part of a 19-3 pounding of Xavier on April 29, a day when the UC baseball program honored its all-time winningest coach, Glenn Sample, Ed '53, who passed away last year.

"I got a 3-0 count from Coach, and they gave me the green light to swing," says Durham. "When I hit it, I knew it was gone, but I had no idea it was going to go on top of the roof. I was pretty excited about it."

Though he won't be returning for his senior year, the story of his home run will undoubtedly live on at UC for years to come.

Others sports stories in this issue: