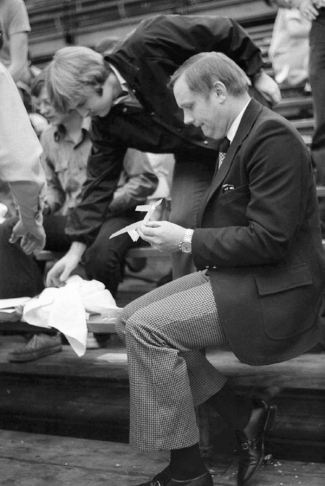 Ralph Spitzen happened to be snapping pictures for his aero engineering club in 1974 when Neil Armstrong made a surprise appearance.

One of UC's aerospace engineering professors and the first man to ever walk on the moon, Armstrong stopped by to try his hand at the paper airplane contest that UC's student chapter of the American Institute of Aeronautics and Astronautics hosted every year. The contest, in the Armory Fieldhouse that year, had simple rules: Fold your best plane, step up to the rail and launch it across the gym.

"Because of the variety of his flight experiences, he was able to relate different engineering problems and help us appreciate the translation of concepts into the real world," says Spitzen, Eng '74, MBA '76, who took four classes with Armstrong, including aerospace design, but never quite got used to the idea of sitting in class with such a heroic figure.

So how did the famous astronaut's designs fly? We'll never know. "He chose not to test-fly them," Spitzen recalls.

"I was in the right place at the right time to capture a photo of Armstrong doing something you wouldn't expect an individual like him to be doing. It shows you that he was as down to earth as any of the rest of us." 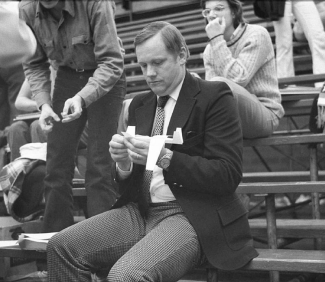