May 2002
Expert Advice From Alumni

Tips from the top 'Pragmatists' 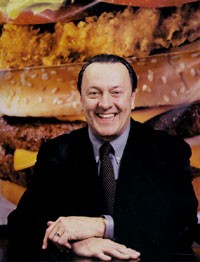 Photo/courtesy of Jack in the Box

How to recover from a PR nightmare

Editor's note: When hundreds of people became ill and four children died from a major foodborne-illness outbreak linked to Jack in the Box restaurants in 1993, sales immediately dropped 40 percent and the stock price plummeted. Since then, the company has rebounded as an emerging national chain with nearly 1,800 restaurants, about 600 more than before the crisis. Here is the two-step formula Jack in the Box adopted to recover:

Step 1: Commit all resources to regaining the public's trust. We committed to doing everything possible to ensure the safety of our food, from farm to fork. We developed the industry's premier food safety system, strengthened requirements for meat suppliers, carried out microbiological testing on meat, worked with legislators to develop stronger food safety laws and created a customer-relations department.

Step 2: Spread the word. We launched a national public relations campaign that told our story through the news media. At the same time, we informed investors, financial analysts and bankers about our strategy to regain our footing.

Quoted in major newspapers after the 1993 E. coli outbreaks, UC alum Robert Nugent, CEO of Jack in the Box, said his company would help its customers with medical bills "immediately, with no strings attached." Today, the hamburger giant's annual sales are about $2 billion.

Jack in the Box Web site 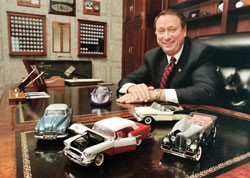 Making a decision on a car:
Buy or lease?

1. Take a look at the people who are driving the really expensive cars in this country. Ninety percent of these folks, who are likely to be pretty smart when it comes to using their money well, are leasing. They don't want to tie up any of their cash in something that's going down in value every month. They prefer to put their money in something that's likely to go up.

2. How's your credit rating? For credit-worthy customers, leasing a new car is probably the best way to go. The only difference between leasing and buying is how much of that payment goes into the equity of the car, but of course the car devalues every month. It's not like buying a home, where you might expect to have appreciation. Once you buy any car, you're guaranteed it will be worth less than when you started. As far as I'm concerned, that's just a waste of money.

3. All things considered, under normal business conditions, leasing is generally the smart thing to do.

Jeff Wyler is the founder, president and CEO of Jeff Wyler Dealer Group, one of the Tristate's largest dealerships. Annual sales of 17 brands of domestic and imported cars exceed $550 million. Among numerous honors Wyler has earned is the College of Business Administration Award for Entrepreneurial Excellence, 2000. The UC grad was appointed by Gov. Bob Taft to serve as a member of the University of Cincinnati Board of Trustees in 2001. 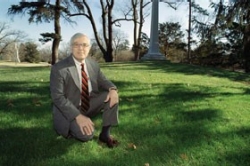 How to grow greener grass

Start with proper fertilization. Add one pound of nitrogen per thousand square feet of lawn every year. October is the best month. That is the minimum for having an outstanding looking lawn. Think about this: There is no other plant in the plant kingdom that we cut off a third of its growth and tell the plant to "be happy and grow again so we can do the same thing to you next week." Imagine doing that to your African violets.

Allow the clippings to fall. Grass clippings contain 38 percent protein. That's an agriculturalist's dream. Putting them in a bag for the trash is like skipping the fertilizer and putting that bag out by the curb.

Mow frequently. Remove only one third of the leaf's surface per cutting. Don't go from seven inches to two or three inches. That is very damaging.

Water with precision. Certainly there are dry years and seasons, particularly in July and August, when supplemental irrigation helps bridge the gap. I'm opposed to sprinkler systems that just come on and pay no regard to natural rainfall. The main thing is that you put down a half to one inch of water in a given area. And I'm not concerned with timing. Day or night is fine.

Reseed at the right time. There is no better time to reseed your lawn than late August or September. That is the time the turf regenerates. It also doesn't hurt to give it a second shot around March. The freezing and thawing allows the seed to melt into the soil, creating a honeycomb effect.

Tom Smith is senior vice president of Spring Grove Cemetery and Arboretum, Cincinnati's 750-acre park-like nature preserve that he refers to as "a wonderful garden for the living." Smith completed his master's degree at Yale University in Forest Science and has spent the last 30 years looking after plant life at Spring Grove. He is a frequent lecturer at UC and even won approval from the Ohio Board of Regents for the bachelor's degree program in horticulture at the College of Evening and Continuing Education.

How to jazz up your child's math skills

Sign up for music lessons. Several studies suggest that there are distinct differences in math ability between musically trained students and musically naive ones. Children also tend to score higher in math in cultures where the study of music and the arts is addressed more seriously.

Turn music into a counting game. Formal music training includes a number of things that force a child to think in a mathematical way. For instance, music written in four-fourths time has one whole note in each measure. To play correctly, the student has to understand that one whole note equals two half notes, four quarter notes, eight eighth notes or a combination of these.

Explore the technicalities of the sounds of music. Musical notes themselves have a mathematical basis, being produced by vibrations at specific frequencies. Middle C is the sound we hear when something vibrates 256 times a second. Double that frequency to 512 and you have C above middle C, a note exactly one octave higher.

Know the proof is out there. Some argue that children who study music at an early age are just more intelligent, and that's the reason they do better in math. In an investigation now under way at Children's Hospital in Cincinnati, however, we are using functional magnetic resonance imaging to look at the differences in brain function between musically trained subjects and musically naive subjects. After we complete our study, we may be able to prove objectively how early music study changes brain function.

Vince Schmithorst, not one to brag about his accomplishments, won his first piano competition at age 7, performed with the Cincinnati Symphony at 11 and became UC's second youngest degree earner with dual bachelor's degrees in piano performance and physics by age 17. Today, the father of six is a research associate at Cincinnati Children's Hospital, where he investigates child development and disease diagnostics and has authored image processing software for functional magnetic resonance imaging.

A guide to understanding today's news 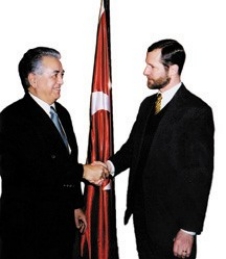 Remember the "Afghanistan Effect." Coined by the British 100 years ago, this expression means that the further something is from people's lives, the more they are inclined to believe what is written about it. It's a natural tendency, even among people skeptical of what they read in the press.

Look beyond the headlines. Water, for example, doesn't get a lot of play in the press in stories about Israel and Palestine. Yet, Israel depends on the West Bank for a large share of its water and on the Golan Heights for part of it, too. It's not surprising that the Israelis have held on to those areas and are reluctant to give up control, especially in times of drought. Also, the demographics of the area are changing. Because of higher Arab birthrates, the population of Jews in Israel is gradually decreasing. Those are the kinds of things I consider when I try to analyze the meaning of the news for our readers.

Don't get carried away by "herd" journalism. Once a story is cast by the major media -- usually television -- as being a story of good guys vs. bad guys, it's very hard to change readers' perceptions. That was a serious problem when we were reporting in the Balkans. The Serbs were "bad," and everybody else was a victim. As a result, there was a lot that happened that was not reported, and more that was not reported accurately.

Brian Mitchell works for Investor's Business Daily and is author of "The National Issue," a regular feature that often requires interviewing diplomats such as Turkish ambassador Faruk Logoglu. The UC alumnus says he had two ambitions as a youngster -- to be a soldier and a writer -- and he has accomplished both. An ROTC distinguished military graduate and Army veteran, he wrote two books in the '90s about gender integration of the U.S. Armed Forces.