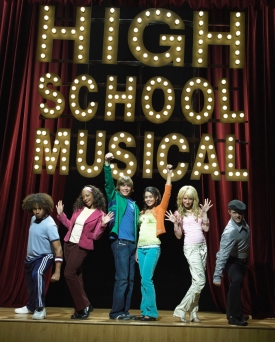 Disney shows like ''High School Musical'' have changed the music scene for adolescents and teens today. ''Kids media is the future,'' says alumna Jill Casagrande, ''Yet a fine line exits between what's appropriate for each age group.''


No one just strolls into Jill Casagrande's office. Of course, no outsider simply saunters into any office at the Disney high-rise in Burbank, Calif., much less the office of Radio Disney's general manager. Security is tight, and the building is not easily identified, considering it's devoid of giant mouse ears or any obvious sign announcing the tenant.

Despite the sleek seriousness of the building's exterior and the professional demeanor of the security guard in the lobby, the atmosphere quickly changes once a guest steps off the elevator. Cartoons decorate the walls, TV monitors broadcast Disney shows in the hallways, and offices are smartly decorated with toys.

Casagrande's office is almost comical in its polarity. Facing her desk is a wall of windows offering a breathtaking view of the bustling city below, creating an atmosphere fitting of her position. Yet an opposite wall contains a bookcase crowded with toys -- not corporate props for appearance's sake, but playthings hand-picked by the University of Cincinnati grad, including "Kim Possible" action figures, a Pete Rose bobblehead and her favorite battery-operated Chihuahua, an item she picked up during the nine months she spent in Tokyo launching Disney Channel Japan in 2003-04.

On her desk sits a "That's So Raven" Magic 8 Ball. She swears she never uses the fortune-telling contraption to make corporate decisions, but it is a reminder that she means business. After all, entertaining children is her business.

As senior vice president and general manager of the Radio Disney Network, the 1983 graduate of the UC College-Conservatory of Music's electronic media division handles the day-to-day operations of Disney's 24-hour radio network devoted to kids and families. Formerly senior vice president of the Disney Channel cable TV network, where she had worked for 10 years, she received the promotion the summer of '06 to broaden operations. 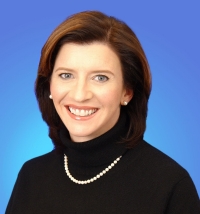 She admits her job is both delightful and daunting. "Working in the entertainment industry is way better than working for a living," she jokes. "What we do is such fun. My family would laugh if they could hear our meetings -- how we talk about seemingly childish things as if they are of great importance."

Of course, those issues are very important, especially to parents who have certain expectations of the Disney brand. "This company has a tremendous positive image around the world," she says, "and it's a challenge to live up to the trust factor. Knowing parents trust you that much can be a bit daunting."

Programming music can be more challenging than people realize when it has to appeal to both grade-schoolers and adolescents, yet keep parents happy at the same time. "We're not playing a lot of Nine Inch Nails," she says with a grin, "but if you listen to Radio Disney, you'll hear some oldies. Moms and dads listen to us, so we believe parents should feel welcomed."

Those without youngsters in their lives might be surprised to learn that a whole new pop-music market exists -- children in elementary schools. The pint-sized consumers hungrily watch musical peers on TV, carry their tunes around in their personal MP3 players and attend concerts.

"This is a great moment in terms of pop music being at a peak," Casagrande notes. "The Disney Channel has been really instrumental in building some of those pop stars."

In October '06, for instance, when Disney released the soundtrack to its cable TV show "Hannah Montana," the CD nabbed the No. 1 Billboard slot within a week, the first TV soundtrack to ever do so. By Nov. 1, it had gone platinum.

That was the third Disney TV soundtrack to break the Billboard Top Five last year. "The Cheetah Girls" stayed in the top five for three weeks in August, and the triple-platinum "High School Musical" soundtrack made it to No. 1 twice. 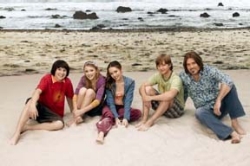 Disney Radio was a factor in the popularity of the Hannah Montana productions.

Due to her networking with colleagues across the country, Disney started recruiting her in the mid-90s from a job at channel 64 in Cincinnati. She was impressed, yet she had some doubts. "I grew up in North College Hill, so I'm a true Cincinnatian. I had never even seen the Disney channel, and I really didn't think I wanted to move to L.A."

Nevertheless, she believed commercial talk shows were at an all-time low, cable channels like Nickelodeon were at an all-time high, and the future of broadcasting probably resided in the latter. "I thought this was a good opportunity, and obviously for me, it was. I got to be part of the dramatic growth of Disney Channel."

One of those areas of expansion relates to her tenure overseeing global kids' programming in Japan as senior VP of programming strategy for Disney Channel Worldwide in 2003. It was then she realized how universal children really are.

"Kids are not that different around the world. They are all inquisitive. They all go out and adopt new technology easily and early. They are always multi-tasking -- listening to the radio while they watch TV while they surf the Web.

"Plus, they are so smart. Australian kids, for example, will go online, find a Disney program in New York, then call Disney in Australia looking for the show. They have far less respect for the geographic boundaries than we put on ourselves as businesses." music, and I actually like the music we play. I really know more about pop music than I really should at my age, but it keeps me young."

Furthermore, she finds value in her work. "Music is part of how kids learn to express themselves and how they identify themselves. Radio Disney is one national service out there that's kid-appropriate and kid-trusted.

"There's something to be said about going home every night and saying, 'I feel good about what I've done on TV or radio today.' That's not always the case in the field. At Disney, you feel great about everything."

How to find Radio Disney on your listening dial, computer screen

Radio Disney reaches 90 million homes and is available to 97 percent of the U.S. on more than 50 radio stations. Although Cincinnati is not one of the markets, the music can be heard on digital cable television’s Music Choice channel, XM/DIRECTV, XM and Sirius satellite radio, an on-demand music channel on Verizon/VOD and online at RadioDisney.com. It is also internationally available in the United Kingdom, Japan and most of South America.