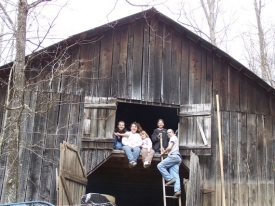 PHOTO GALLERY -- New "perch" for the Byrd Family is a rustic Kentucky barn on land that is fast becoming home to (from left) Nathan, Karin, Abigail, Megan and Bryan.

Instead of working his way to the top of the corporate ladder, University of Cincinnati College of Applied Science grad Bryan Byrd decided to jump off.

After spending 17 years at a career he genuinely enjoyed, the '89 grad had everything he had dreamed of -- a nice house and a comfortable life in the suburbs with his wife and three children. To say he "wanted more" reflects not upon his lifestyle, but on his desire to do more with his life.

So last summer, the Byrds gave it all up and moved to a remote community in the Appalachian Mountains.

Bryan left behind a career as manager of design for Cincinnati's Al Neyer -- "a great company" -- for a modestly paid job as housing manager for the nonprofit Christian Appalachian Project (CAP) in eastern Kentucky. His wife, Karin, and their children Nathan, Megan and Abigail came along; they admire what he wants to accomplish.

"I had been looking at my life and career, examining where I was directing my energy," he explains. "I felt that the Lord had blessed me, and it was time to give back." All that remained was to decide how to respond, keeping in mind the practical needs of a young family.

Byrd's inspiration came from a high school friend who has spent the last several years coordinating volunteers for the interdenominational Christian organization. "When we would get together, I heard a lot about the ways CAP serves people in need," he says.

Before long, the UC alumnus, who has a bachelor's degree in construction management with an associate's in civil engineering, had decided he wanted to work for CAP, assisting residents in several counties near the West Virginia border.

"We take a lot of substandard shacks, trailers and houses, improving them if we can," the building expert explains. "If that isn't possible, we are sometimes able to build new housing." The nonprofit has access to some government grants and a "good donor base" that supports new construction.

"Repair jobs come to us by referral from other CAP programs, such as the volunteers who visit with the elderly," Byrd says. "They are frequently in a person's home and they see the needs. There's not much that we cannot do to make an improvement.

"I haven't had anyone turn us away," the manager grins, "even when they hear my Ohio foreign accent. We have had elderly people tell us, 'Oh, if you just paint the walls, that's enough. That will brighten things up. That's all I need.'

"But we can't help noticing that the floorboards look rotted, that rain or cold air is coming in through broken windows or that water pipes are leaking. We do try to make the repairs that are most urgent.

"Moving was a sacrifice for us," he admits, "leaving a very stable, comfortable life where both our families lived close by. Everything we knew was in Cincinnati.

"There was a kind of culture shock, at first. We didn't have any idea that the needs here were so great."

Although the family's Cincinnati roots run deep, the Byrds seem to be thriving in Appalachia. They are considering rehabilitating a farm that could become their future home in the area. Bryan and Karin have agreed to help out at a small church that their old friends from CAP are forming, and their youngsters are attending Johnson County schools, which are some of the state's best.

"Our children have adjusted extremely well," the proud father says. "That was our greatest worry. All three have blended in and are making new friends.

"We feel blessed to be here."

CAP is an interdenominational, non-profit 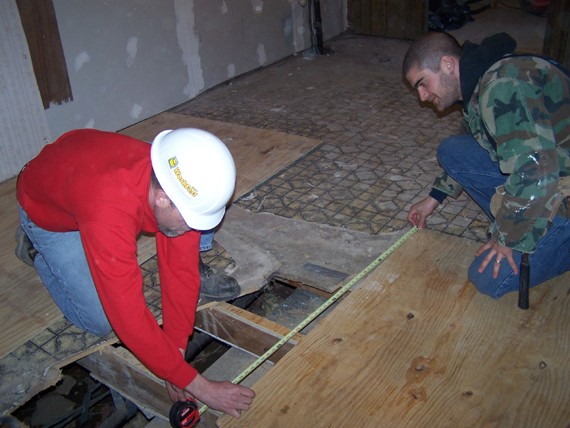 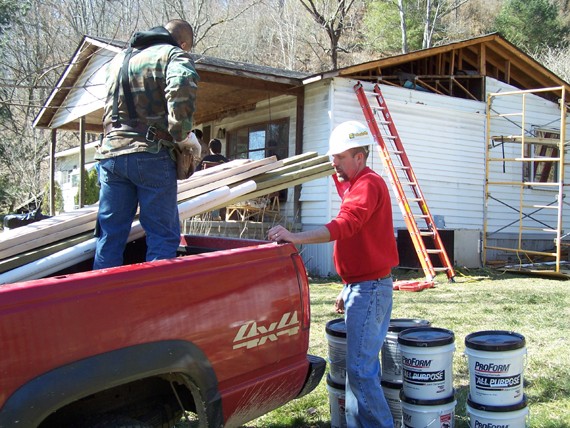 CAP housing volunteers sometimes need to rebuild part of a home that has been damaged by weather or other mishaps. 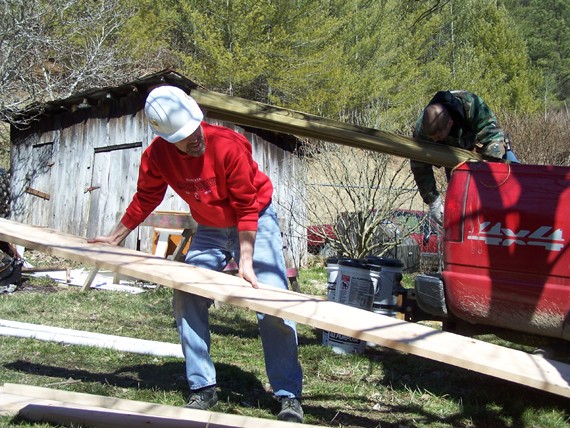 After 17 years in construction management and related design, the CAP housing manager knows more than one way to get the job done. 'There's not much that we cannot do to make an improvement,' Byrd says. 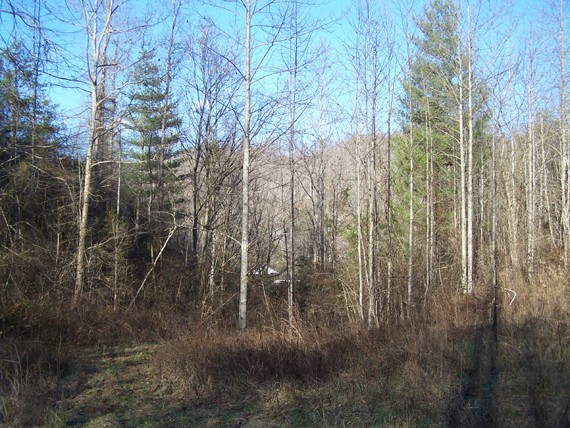 The beauty of the eastern Kentucky landscape delights the former Cincinnatians. The Byrds have found a farm they'd like to rehab for their home here. 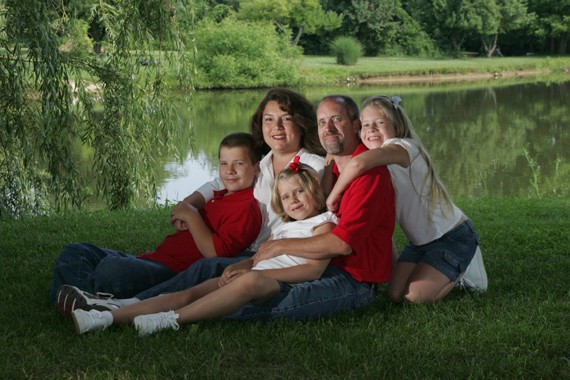 Taken in the Cincinnati area before their Appalachian project began, this family portrait shows (from left) Nathan, Karin, Abigail, Bryan and Megan Byrd.