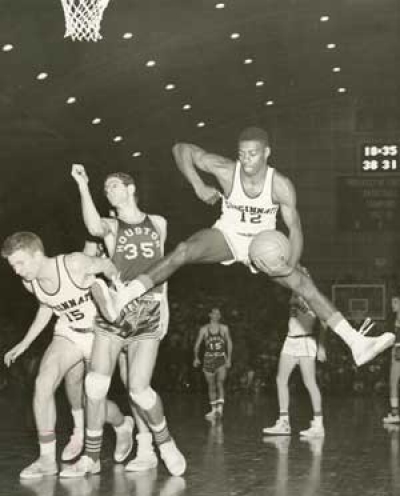 Former Bearcats currently in the NBA 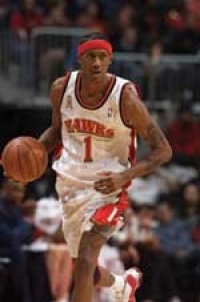 Former Bearcats currently in the NFL

Winners in the classroom

UC's 18 different varsity athletic teams are made up of about 500 student-athletes, who currently compete in Conference USA. Together, the teams wrapped up another impressive year in 2002-03 as UC won the women's C-USA soccer tournament and was co-champ of C-USA football. The football squad also competed in its third straight bowl game. Nevertheless, even those accomplishments were not on par with the previous season when Bearcat athletes brought home seven conference championship trophies.

Perhaps the biggest disappointment was UC Men's Basketball, which finished 17-12, breaking a streak of seven 25-win seasons and seven straight years as conference champs. There is good reason, however, to expect the nationally renowned program to return to its winning ways. The men's recruiting class has been rated as high as No. 3 nationally. 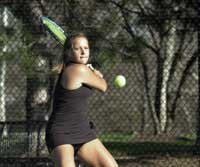 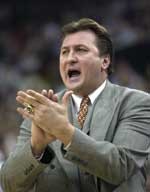 Huggins, 49, has compiled a 349-112 record (.757) in his 14 years at UC, making him the winningest coach in terms of victories and percentage in the school’s rich basketball history. Huggins’ accomplishments rank him with the nation’s top major university coaches. His 517-184 record (.738) amassed during 22 seasons as a head coach ranks him sixth in winning percentage and 18th in victories among active Division 1 mentors. His string of 12 consecutive NCAA tournament appearances is the third-longest active streak.

His teams have won 20 or more games in all but four of 22 campaigns, and he has averaged 26.3 wins over the past eight years. (Basketball seasons typically involve 29-35 games.) Huggins has directed Cincinnati to nine conference regular season titles and seven league tournament titles. The Bearcats have been to postseason play in each of Huggins’ 14 seasons at UC, advancing to the Elite Eight of the NCAA tournament three times and appearing in the Final Four once in 1992.

His ’01-02 Bearcats, unranked when the season began, posted a school-record 31-4 season, winning C-USA season and tournament titles and claiming its first No. 1 seed in the NCAA tournament.

The UC athletics complex is undergoing an $80 million enhancement that will include an eight-story athletics center, a sports museum, a relocated baseball stadium, a tennis center, a renovated track and soccer venue, and a new boathouse for rowing on the Licking River. 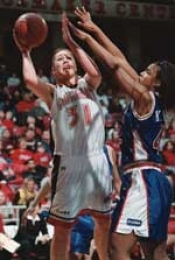 Debbie Merrill is an inside threat for the Bearcats. Photo/Andrew Higley

The Myrl Shoemaker Center is the hub of UC athletics facilities. The 14-year-old structure is a mecca for athletes and fans alike with its electric atmosphere and versatility. The focal point of Shoemaker Center is the Fifth Third Arena, the 13,176-seat basketball and volleyball venue, which includes an expansive score/video board and a restaurant overlooking the court.

Cincinnati teams have been playing here since the turn of the century, making Nippert the fourth-oldest playing site and sixth-oldest stadium in college football. The rich history and tradition of the Bearcats’ football home has been updated with a state-of-the-art video screen, a modern press box and a luxury VIP area. About 10,000 seats between the 20-yard lines have also been upgraded with chair backs. FieldTurf, a new artificial playing surface that has the properties of natural grass, was added in 2000.

Visit www.gobearcats.com for complete schedules of all athletic events or to purchase tickets for men’s football and basketball. The athletics ticket office has moved out of the Shoemaker Center and has been relocated to One Edwards Center, Suite 1100 (the building on the corner of Jefferson Avenue and Corry Boulevard). For customer convenience, metered parking spaces are in front of the building, and there is an adjacent parking garage. Fans can also purchase tickets from 9 a.m.-5 p.m. daily at the office or by phone (513) 556-2287. On game days, tickets will be sold at the ticket pods and ticket booths at Nippert Stadium and Shoemaker Center.