Hospital Stays: How do you make one better?

Ways to reduce the risk of violence 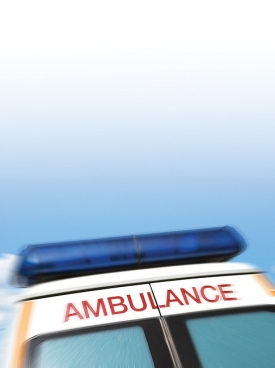 What do emergency-room personnel and prizefighters have in common? Somebody's likely to get hit.

"Violence against health-care providers is an established fact and on the rise," says UC nursing professor Donna Gates, Nur '75, MSN '75. According to the Emergency Nurses Association's 2009 report, more than half of emergency nurses had been assaulted at work.

Emotions run high when loved ones are hospitalized, and calm reasoning can get left in the parking lot. Mothers often throw tantrums, like Shirley MacLaine's scene in "Terms of Endearment." And worst-case scenarios turn into incidents like the Johns Hopkins Hospital shooting in September, in which a Virginia man shot a faculty physician, then fatally shot his own mother, who was a patient, and himself.

"It is unlikely that you are going to be able to get workplace violence to zero in these high-risk settings, but it can be reduced, and it should certainly never be tolerated and accepted as part of the job," says Gates, who is principal investigator in a $1.3 million study to curb violence against direct-care providers in emergency departments.

Physical assaults and threats most often come from patients, but can come from visitors, as well, says assistant professor of nursing Gordon Gillespie, co-investigator on the study, which is funded by the National Institute for Occupational Safety and Health. "Ironically, the perpetrator is often the person most strongly advocating for the patient's care," he adds.

Violent behaviors, the researchers say, not only interfere with treatment but also have residual effects on health-care providers, who experience acute stress disorder or who need time off work to heal from physical assaults. They offer tips for patients and their visitors to make hospital stays more pleasant and productive:

Obey visiting hours. These hours are set for the safety of both patients and employees.

Limit the number of visitors. Most hospitals allow two. Any more can overwhelm a patient. Plus, should the patient's condition drastically change, personnel should not have to push through a crowd when seconds matter.

Never yell. It's counterproductive. State the facts and your expectations in a calm manner. If that doesn't work, ask for the nurse in charge.

Follow the hospital's "no smoking" policy. Strong odors of smoke can cause asthma attacks or severe nausea in some patients. Odors of strong perfumes or alcohol can have the same effect.

Try to be patient. In most emergency departments, standard procedure is to triage patients before seeing a physician, and the sickest people are treated first.