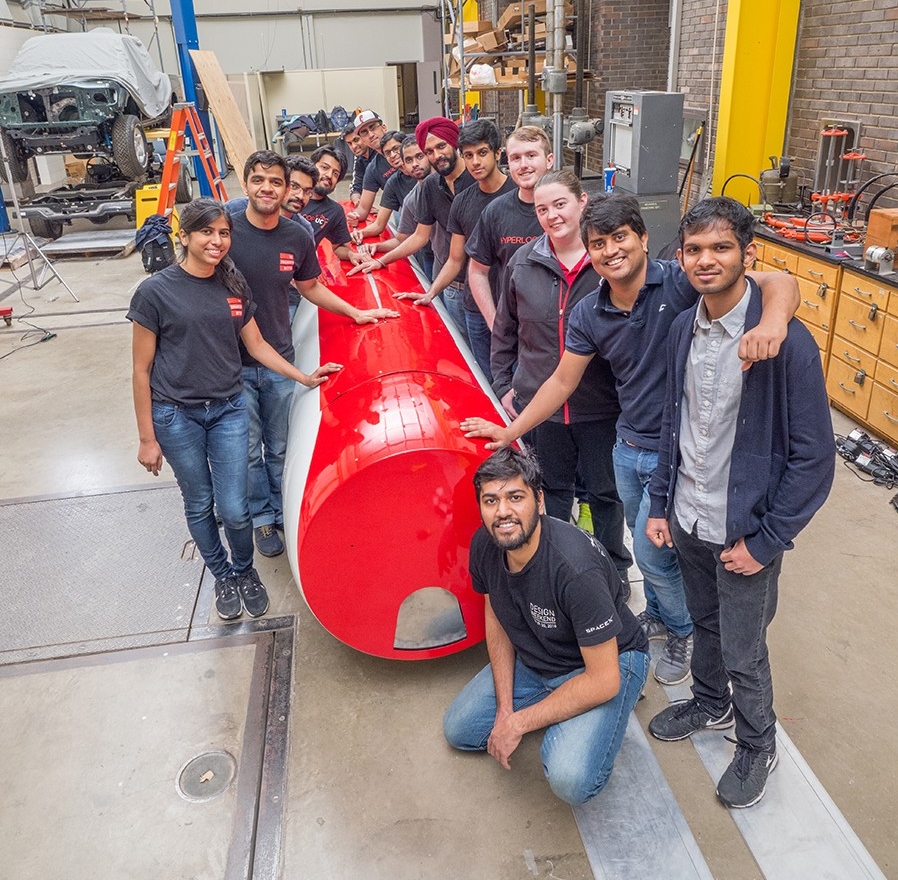 Some of the Hyperloop UC team members with their pod in the Rhodes Hall High Bay at UC.

The Hyperloop UC team was happy to pause for team photos. Many had worked day and night to reassemble their prototype since it had returned to campus after a custom paint job the previous week near Indianapolis.

About 60 UC students — most of them international graduate students from India — have contributed to the team over the last 18 months. Some have graduated while others joined in recent semesters. Throughout that time, engineering graduate student Dhaval Shiyani, kneeling at the back of the pod, has led the group. 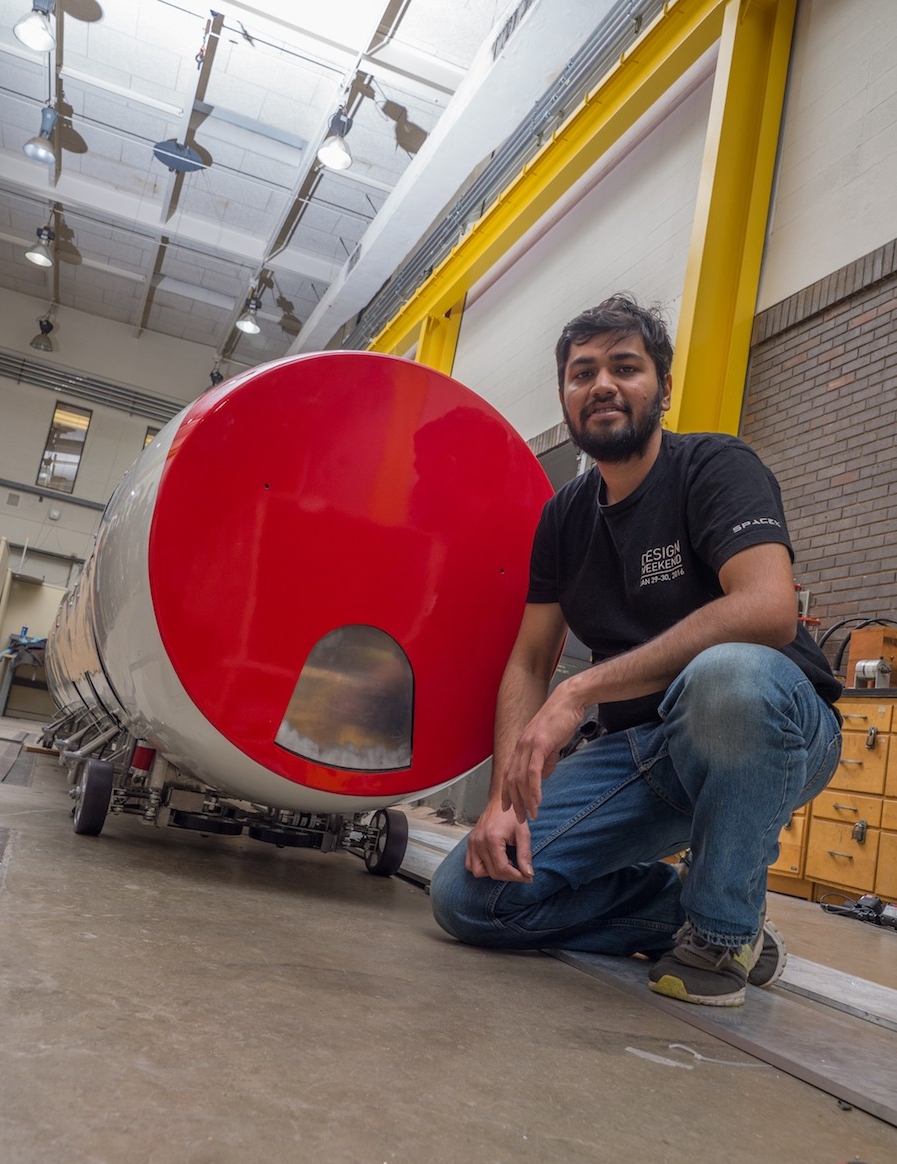 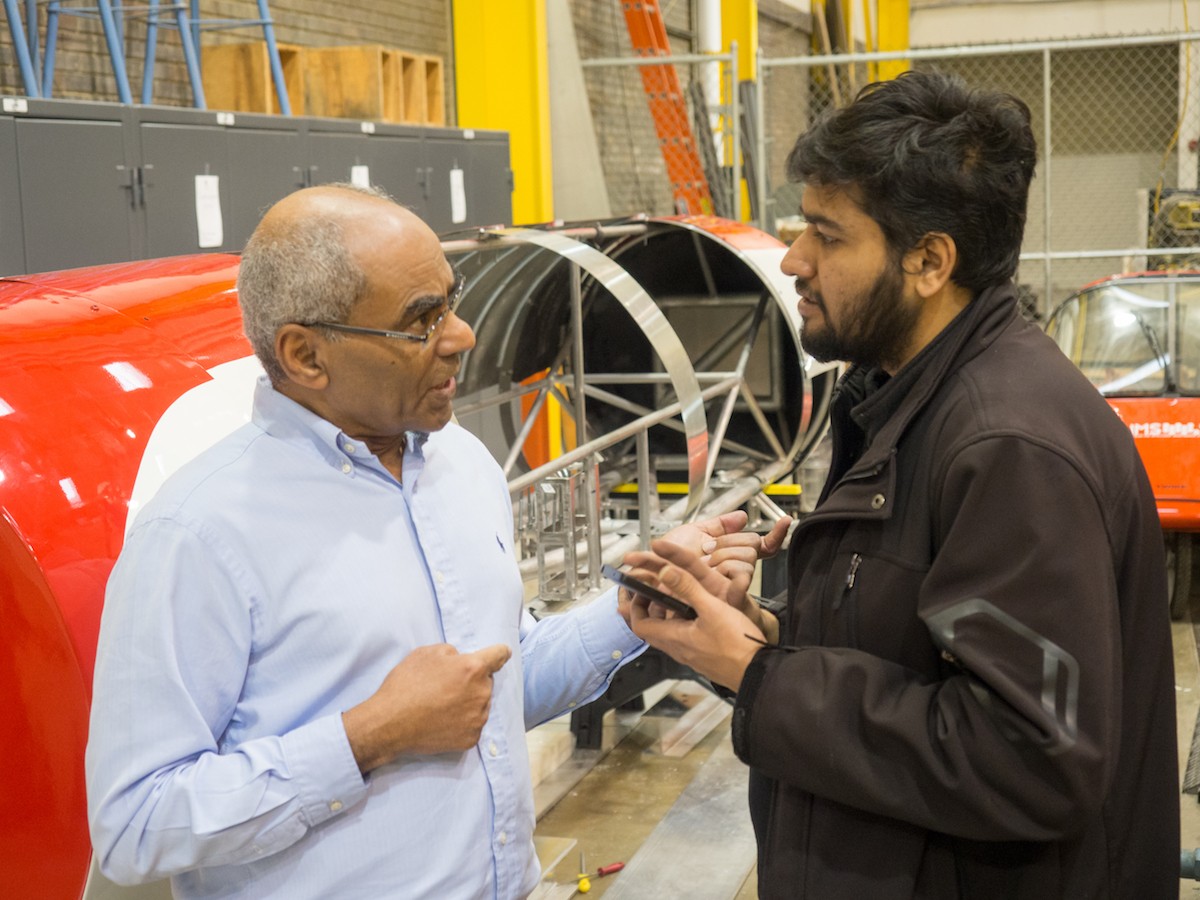 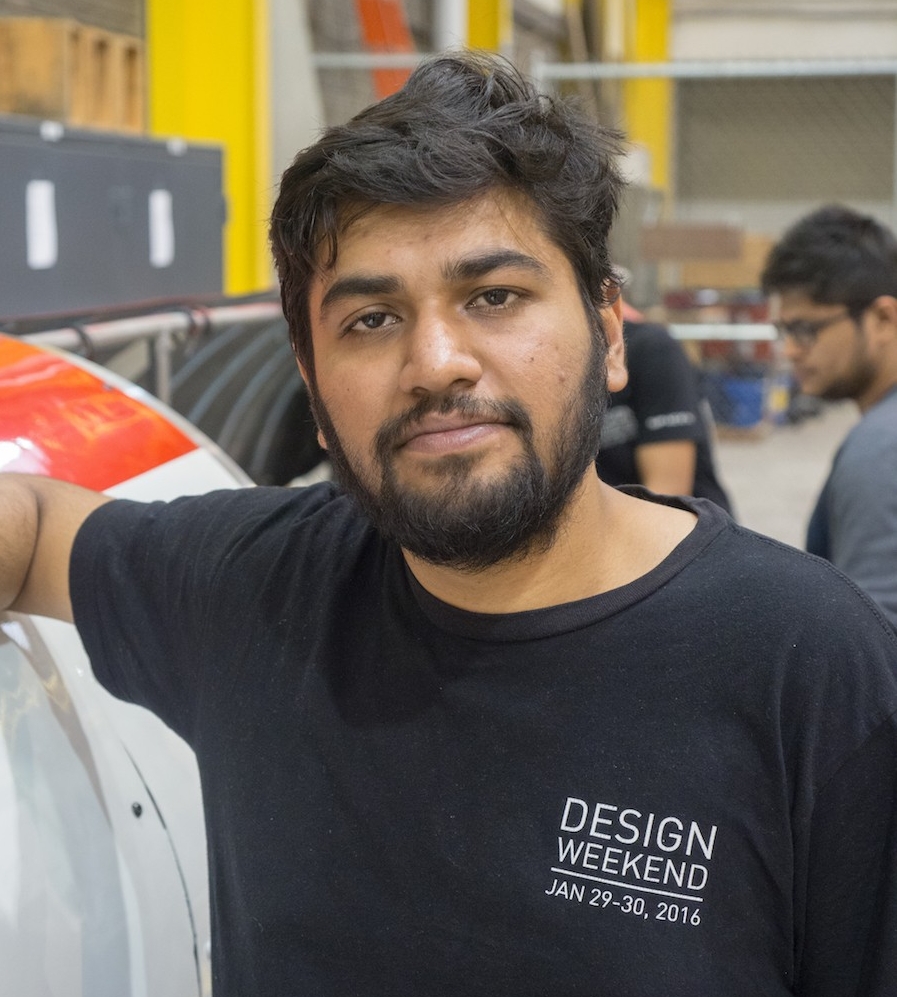 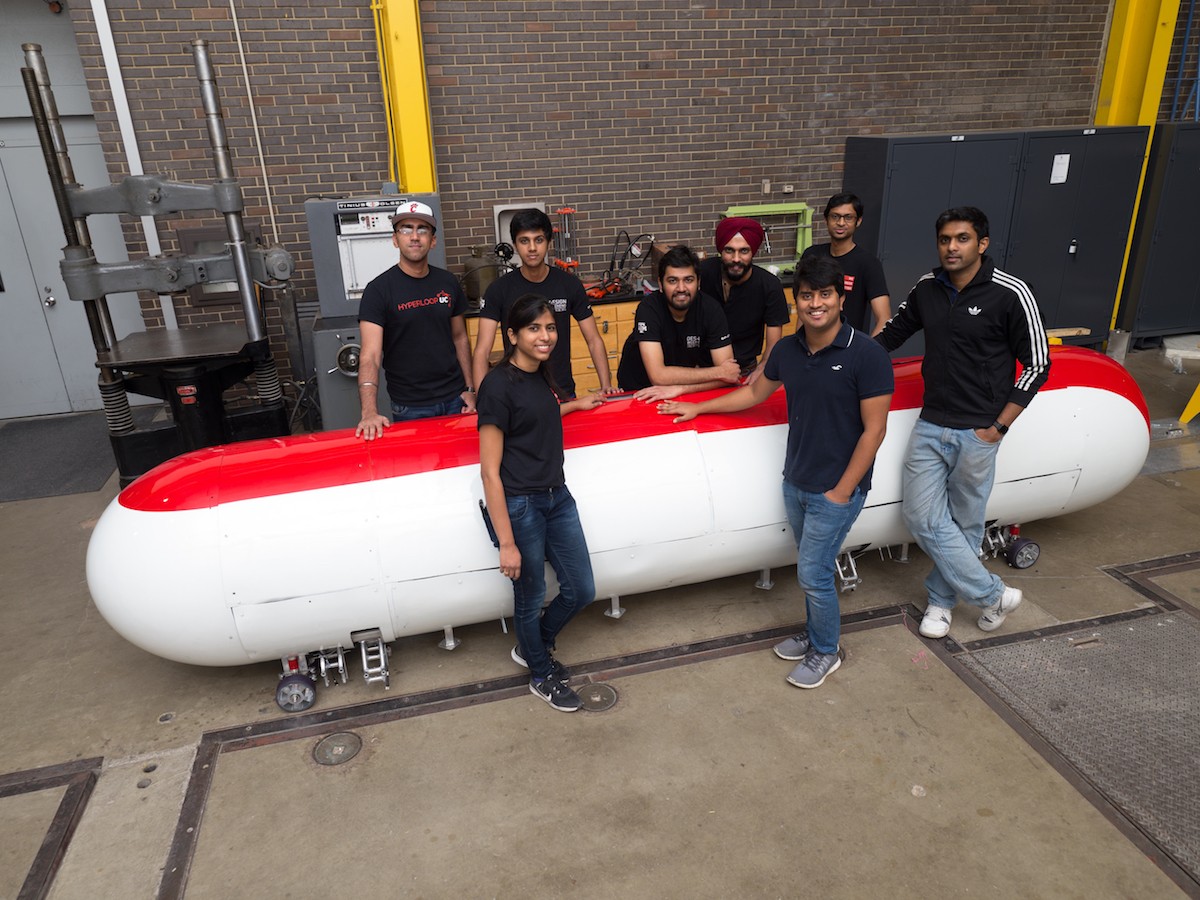 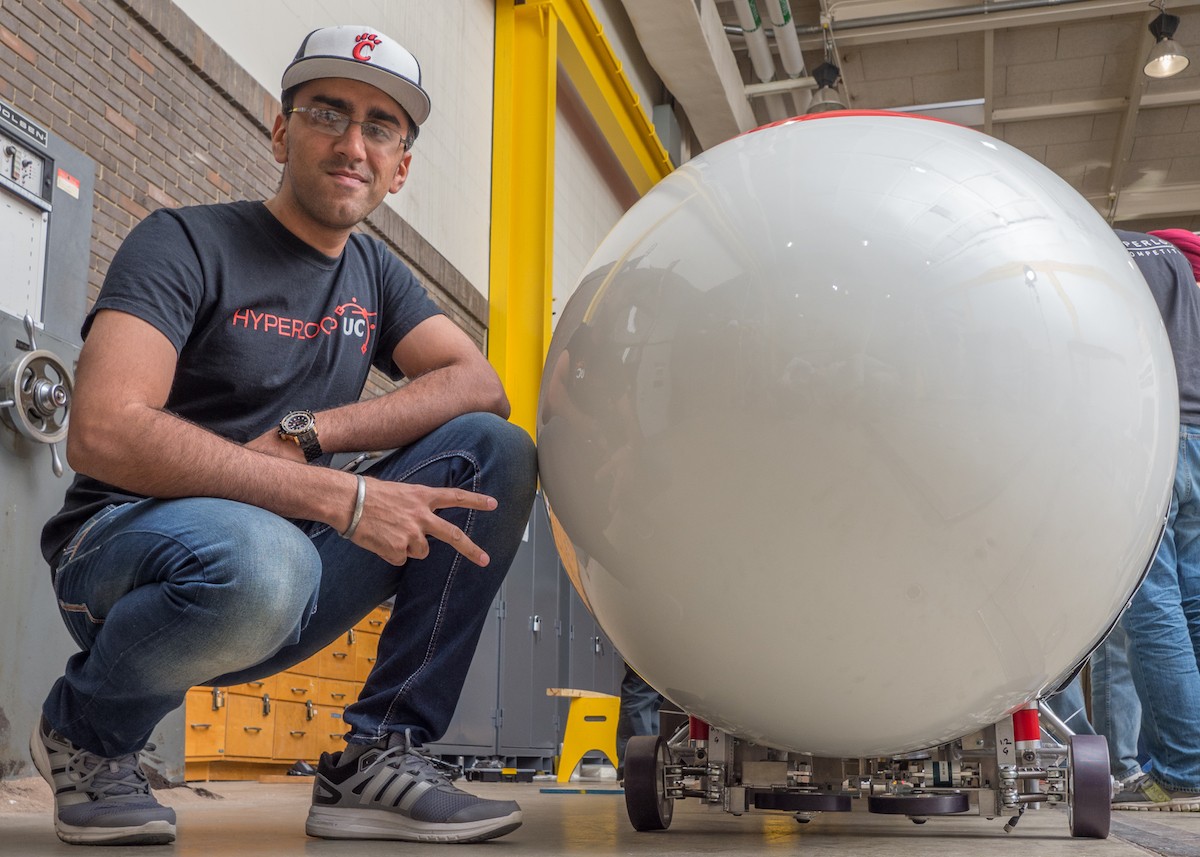 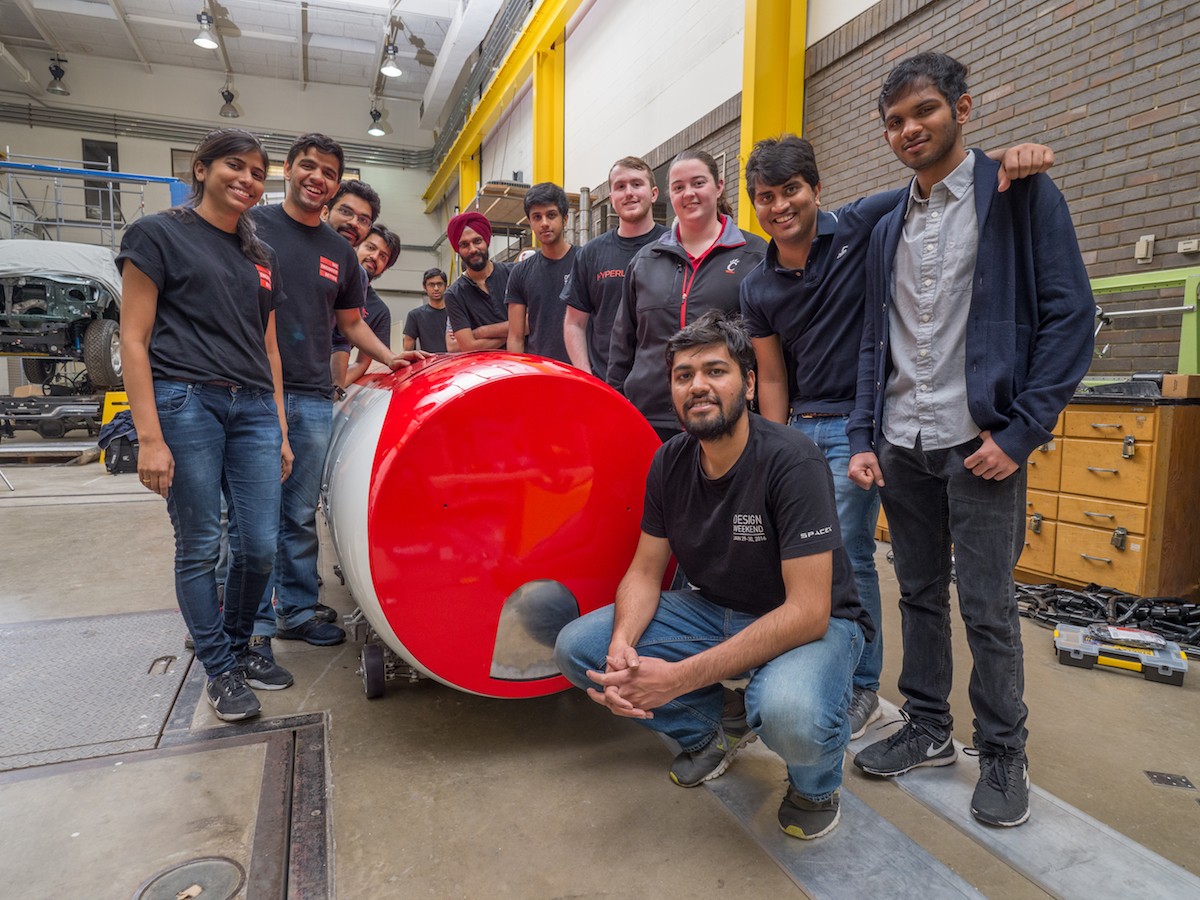