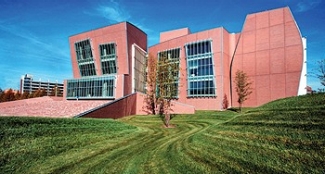 Perhaps nothing has attracted more attention to the University of Cincinnati's campus renewal than its impressive collection of modern architecture by internationally known designers. Over the years, many of the world's top "signature" architects have added the University of Cincinnati to their portfolio. Below is a list of their UC accomplishments along with some other well-known projects from their careers.

University Pavilion -- Andrea Leers and Jane Weinzapfel are recognized for their architecture at both Harvard and MIT.

Center for Academic and Research Excellence (CARE)/Crawley Building -- Erik Sueberkrop, DAAP '72, is principal at Studios Architecture, a firm that's designed for MTV Headquarters and the Pentagon.