The invite of a lifetime. That's what it felt like when UC received an offer to join the Big East in November. The move, scheduled for the 2005-06 season, begs many questions, and "Cincinnati Horizons" sat down with athletics director Bob Goin to discuss what may well become his legacy.

1. A good deal of behind-the-scenes maneuvering occurred to get this done. How close did UC come to getting left out of the Big East?

What scared me was that when this thing (the Big-East expansion) first broke, the University of Cincinnati wasn't on their radar screen. My job was to have the Big East do due diligence on this university.

And they did that. They took a look at our research, at our academics and at our comprehensive program. They saw that we are complying with Title IX. They saw that we are making a commitment to new facilities, and all of a sudden, we became more and more logical. There was no question that I had some indigestion when this thing first started. I sure didn't want us to be left out.

2. UC fans have gotten used to the idea that the men's basketball program is a near shoo-in as C-USA champions. With this move to the Big East, a conference title is no longer a lock for UC. Are Bearcat fans ready for that?

They better get ready for arguably the best basketball conference in college -- game in and game out. There are going to be very few years where teams run the table, I'll tell you that. When you've got to go to Syracuse, Connecticut, West Virginia, Pitt, Georgetown, Villanova, Providence, Marquette and Louisville -- whoa, you better buckle up every night. In this league, it will not be a disgrace to finish second or third or fourth on occasion because you are still going to go to the NCAA Tournament.

3. Coach Huggins has said this move won't have an enormous impact on UC basketball because the program is already of national prominence. Do you agree?

For Bobby and our basketball program, I think it will widen our recruiting base. You are playing Big East basketball, and once the media starts telling everybody about the best basketball league in the country, that is going to get even more attention.

4. UC football obviously stands to gain the most from this jump, but is it also facing the biggest challenge? 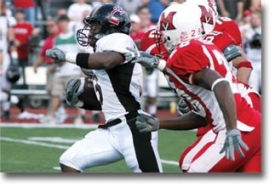 5. Any talk of expanding the seating capacity at Nippert Stadium?

I think there could be a few more seats added, but that is the sixth-oldest stadium in the country. It has a charm to it. I would encourage the university to never do too much to damage that or try to modernize it any more than it is because it is a beautiful on-campus stadium.

6. Talk about the financial implications of this move.

The television contract is better in the Big East, so we are going to get some money. But I think the real advantage is going to come with our football stadium, which is going to have 35,000 fans most every time when Pitt, West Virginia, Syracuse and Louisville come here.

And if it gets to the point where we are going to play one of those schools for a conference championship and a chance to go to the BCS, then we have got (the Bengals') Paul Brown Stadium down there and can go to 65,000. So that wouldn't be bad to do that once or twice a year. I see a couple more million dollars easily coming in just from ticket sales.

And I don't want to fail to mention what it is going to mean to women's basketball when you start bringing in Connecticut and Rutgers. I see some crowds really starting to file in to Fifth Third Arena to watch our women play.

7. Should fans expect to pay more to see the Big East Bearcats?

That's a possibility. That just goes with the territory. It is a supply and demand story. Actually our ticket prices are doggone good bargains. We are not a profit-making organization. Everything we take in, we put back in. All of our revenue goes back to make our program stronger, and if down the road it would mean some increase and we would be able to do more things for our other sports, then people are going to have to pay that price.

8. Pundits in Big East markets have already taken shots at UC for its perceived problems. 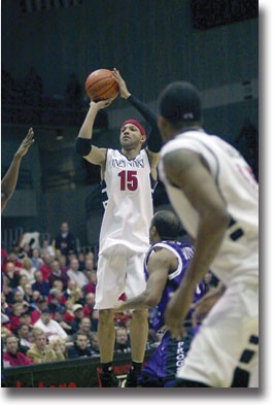 Everybody in this department talks to our student athletes about going to class. And they are responding. Our graduation rate is higher than the general student body. Seven (out of 11) of our last basketball players who completed their eligibility have degrees.

I really think the media has been tremendously fair here in this city. I think our cheap shots come from some guy in Philadelphia who is going to write an article without getting the facts.

9. Respond to those who have called UC an "outlaw program."

The reason that I know there is not a whole lot of water in that is because the Big East did their due diligence (and still chose to invite UC). Our kids get into trouble. We are never going to be a perfect society. I wish we were. But our young men are in a fishbowl, and they are baited.

We mirror society. You take 500 from the general population and see how many have misdemeanors and how many drive too fast and how many get into a fight in a bar.

We mirror society. Does that make it right? No. We want to be perfect, and we strive for that. Our young men and women know what's right, and sometimes they make mistakes.

10. Where does this move to the Big East rank on the historical timeline of UC athletics?

How big? Only time will tell. Based on the reactions of the people who have been here 45 years, they view this as one of the premier moves in the overall development of the intercollegiate athletics program.

This takes us into markets that we have never been in. Obviously that is good for recruiting, both of students and outstanding researchers.