The elderly woman was enjoying her leisurely stroll through the shopping mall when she noticed a new boutique. Shuffling a bit closer, she heard rap music blaring from inside. Turning immediately to rejoin her companion, she declared, "Not for me!"

Her son, University of Cincinnati marketing professor James Kellaris, was impressed by how immediately his mother understood. "Here is a woman who is attendant to reality. The music told her: 'Don't bother to come in here; we're not selling to you.'"

Kellaris, who is also a musician, has done research on the commercial uses of music for nearly 15 years. He explains that the boutique was using music as an "audience-sorting device," much as a Saks Fifth Avenue might play soft, elegant background music or a teen shop play lively MTV tunes.

"Playing the right music has a lot of commercially beneficial effects," he says, "not necessarily for the customer, but for the seller. For example, it tends to pull the customers' attention, distracting them in a way that lowers their sales resistance."

In other words, the brain can do only so much at one time. As part of the brain is busy processing the music, and part is working to understand what the salesperson is saying, there may be less brainpower available to critically evaluate a salesperson's remarks.

Kellaris points out that music also can subtly encourage shoppers to linger in a store. "We've found that lively music can shrink shoppers' perception of time passage, so that they think they've been in a store for less time than they actually have," he says. "And the more time they spend there, of course, the more likely they are to make unplanned or impulse purchases."

Even people put "on hold" on the telephone have thought they were waiting for a shorter time when they listened to faster tempo music, according to the marketer's research. If relaxing (i.e., boring) music was played, clients believed their time on hold was longer than it really was.

The professor explains how a restaurant could make good use of these findings about perceived time. Where customers have to wait for a table, the restaurateur might make them more comfortable by playing lively music (so the wait will seem shorter). In the dining area, playing slower music would seemingly lengthen the time for customers and allow better table turnover, without making people feel rushed.

"One principle of music psychology is that faster tempos are more stimulating and cause heart rates to go up," Kellaris points out. "That's true whether you're measuring the pace of disco music and the pulse rates of college students who are dancing, or whether you measure the pace of Tibetan chant and the pulse rates of the monks. Some effects of music are universal."

Music also has been proven to make a difference in a person's perception of whether a store is crowded, a situation most shoppers consider negative, according to Karen Machleit, another UC marketing professor. She says that even when only two customers are in a store, it is possible for one to perceive the place as crowded and the other to think the opposite.

"If someone is under a lot of time pressure, or is shopping for an expensive item with lots of features to consider, then they will perceive the store to be more crowded than someone who's not shopping for such a product," the professor notes. "Also, some people just naturally tolerate crowds better than others." 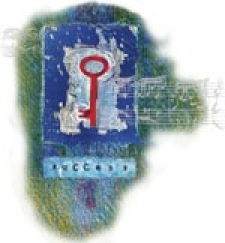 "One of the things we found in our research is that spatial crowding has a much stronger effect on shopping satisfaction than human crowding does," Machleit says. "So retailers need to be concerned about how much space people have to move about in a store. People perceive that to be under the merchant's control, and will blame them if they don't have enough."

Human crowding is one circumstance where adjusting ambient music seems to make a difference, according to the researcher. Combine a lot of shoppers with very loud music -- think "Jingle Bell Rock" during the Christmas shopping crunch -- and the store will seem even more crowded than it is. But playing slow music when just a few customers are in a store also makes shoppers uncomfortable.

"We found that people evaluate a store most positively -- and this is a little bit different than their perceptions of crowding -- when there is either fast tempo music and not a lot of people shopping, or where there are a lot of people and slower tempo music," the professor points out.

While crowding is not an issue for e-commerce, Machleit has studied the way Web site design affects shoppers. There are people for whom the appearance of a Web site is always very important. For browsers, who are there to explore, site design has a strong influence on their satisfaction with that particular shopping site. For those who visit a Web site single-mindedly, to accomplish a specific task, the site's appearance is not as relevant.

What about sites with lots of "bells and whistles?" The researcher cautions designers to keep in mind the business's target customers, the kind of computers they have, the speed of their Internet access and so on. Because Web shopping may be seen as more risky, she emphasizes that the design should convey to the prospective buyer the retailer's trustworthiness and legitimacy.

One of the surprises revealed by research, according to the professor, is that business competition on the Internet is not based on the best price, as many had originally predicted. Trust and a familiar experience rank high with shoppers.

"Customer service is very important to people," Machleit says. "That's why so many of them continue to buy items at Amazon.com, even though it doesn't always have the lowest prices. You shop a site like Amazon because you know it's going to work, it's easy and it's convenient. Convenience is the primary factor for shopping on the Web."

What about music on a Web site? "Not that many Internet retailers use music," the professor confides. "The reason? I can't give you exact numbers, but research shows that a lot of people Web shop at work. You don't want to be shopping and have a bit of melody give you away!"

Kellaris investigates why certain tunes get stuck in our heads (2001)