by John Bach
Photos and video by Jay Yocis

The grounds of SpaceX were abuzz in nervous excitement on Friday as Hyperloop teams from across the globe began preliminary rounds of testing of their pods.

For the University of Cincinnati’s Hyperloop UC team, it was a stress-filled day in which they passed several technical hurdles yet also suffered some mechanical failures that will require a quick fix prior to Sunday’s finale.

A controller for an actuator, which is part of the braking system, broke during testing. Fortunately, engineers were able to pull parts from the pod — an actuator and part of the central computing system — to work on overnight prior to Saturday’s testing. Since it's too late to purchase the part, they'll attempt to build/repair a new controller.

Acres of SpaceX blacktop were dotted by 29 total teams who travelled to Hawthorne, California with both their pods and their hopes in tow. Each is now counting down the hours until full-scale testing. On Sunday, they’ll get a shot at the mile-long Hypertube that runs along Northrop Avenue in the shadow of the aerospace behemoth founded by Elon Musk, the inventor and entrepreneur securely elevated to rockstar status by today’s crowd. 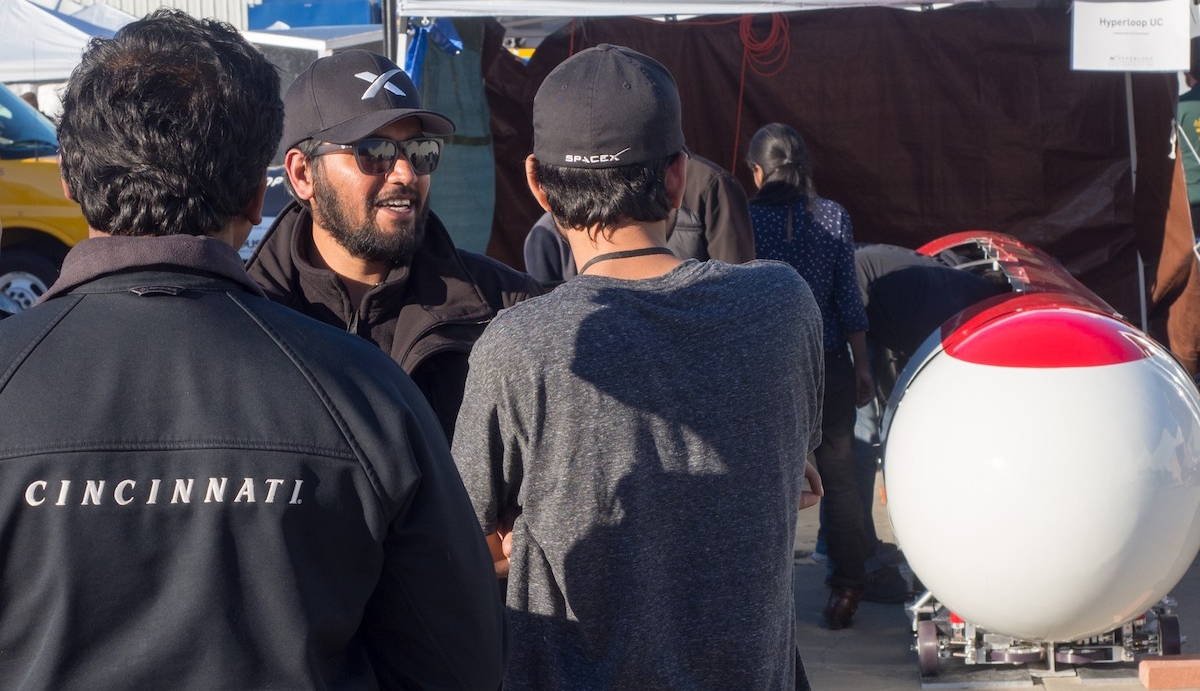 Next up for UC on Saturday, however, will be the vacuum test.

“The vac chamber is crucial,” said UC team captain Dhaval Shiyani. “It has to perform at 1,000 pascals.” For the non-engineer, that means all the pod’s moving parts and electronics will need to operate despite the squeeze of extremely low atmospheric pressure.

Throughout the day, some groups relaxed and waited for their check—ins with SpaceX engineers, while others debated technical matters, tweaked code and made last-minute mechanical adjustments.

In the end, they need to be certain their prototype would pass the ultimate muster, a push through the vacuum test tube at more than 200 mph. Not to mention, each will need to bring their pod to a stop before the tube terminates or plow into the foam pit. 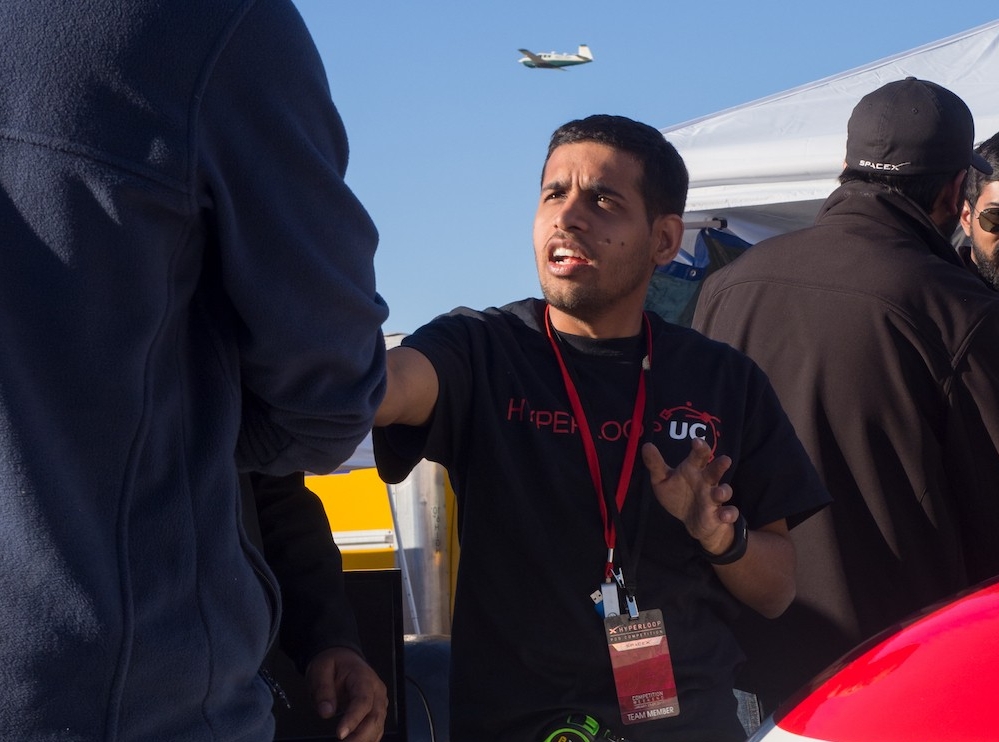 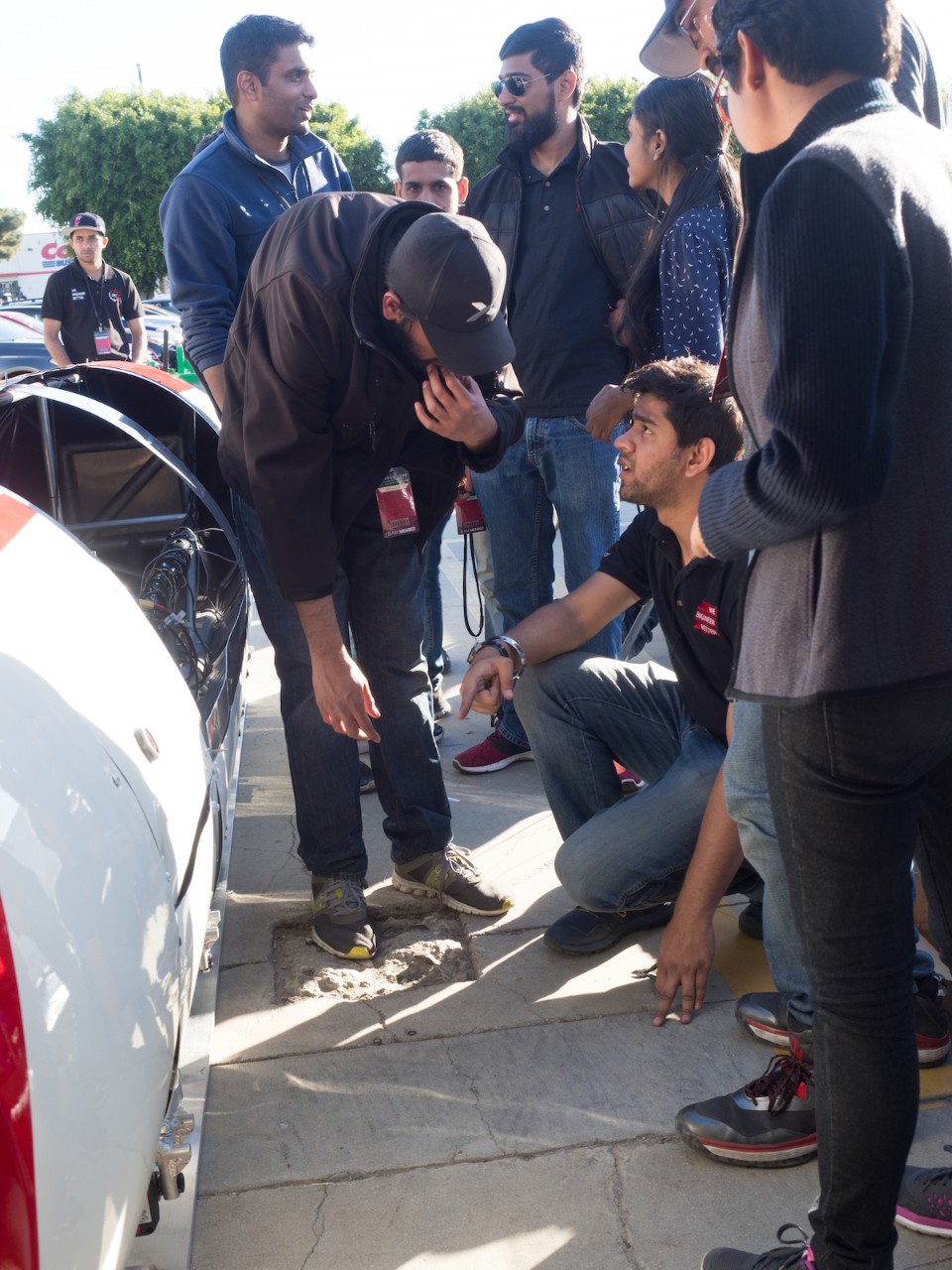 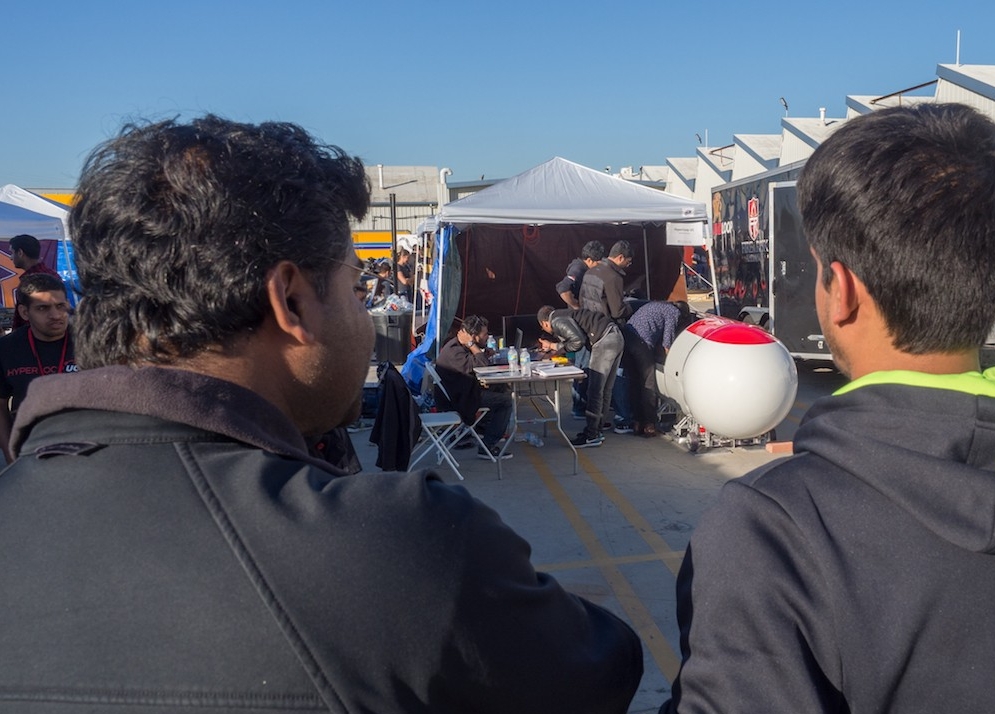 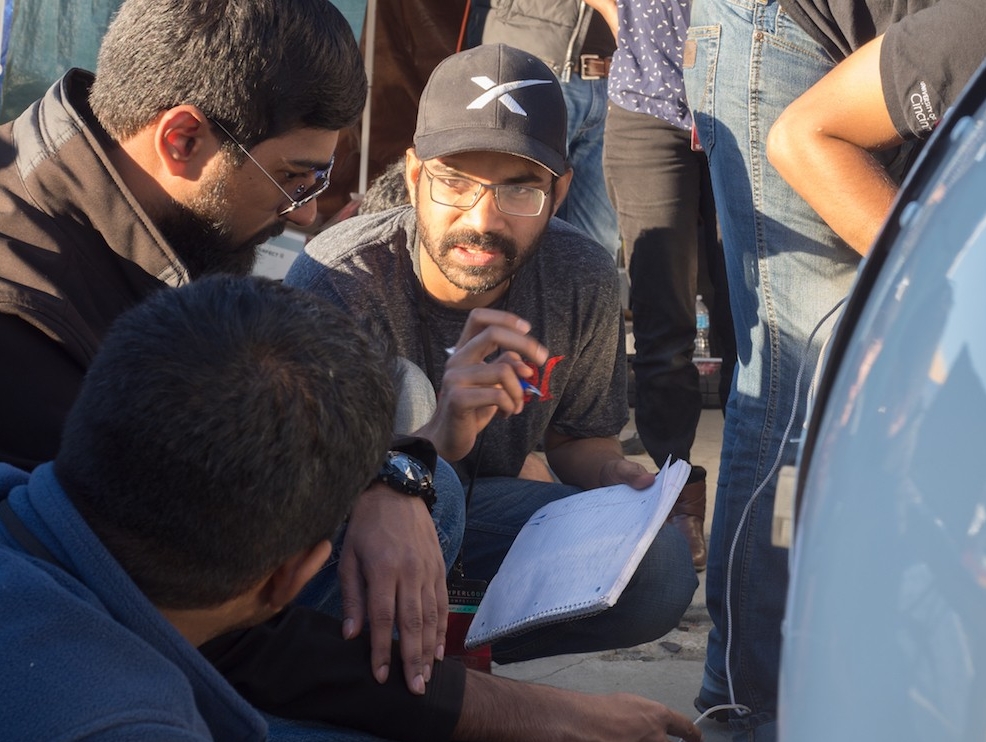 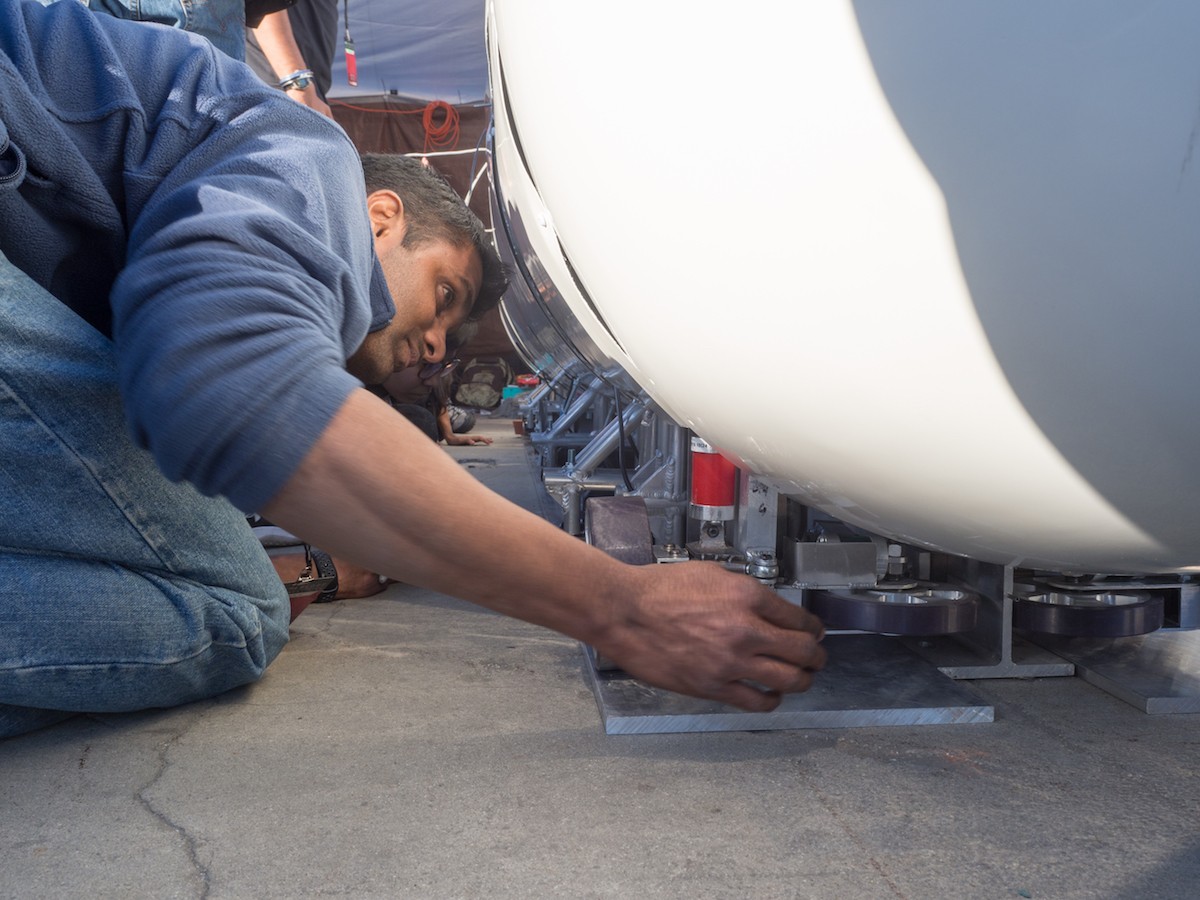 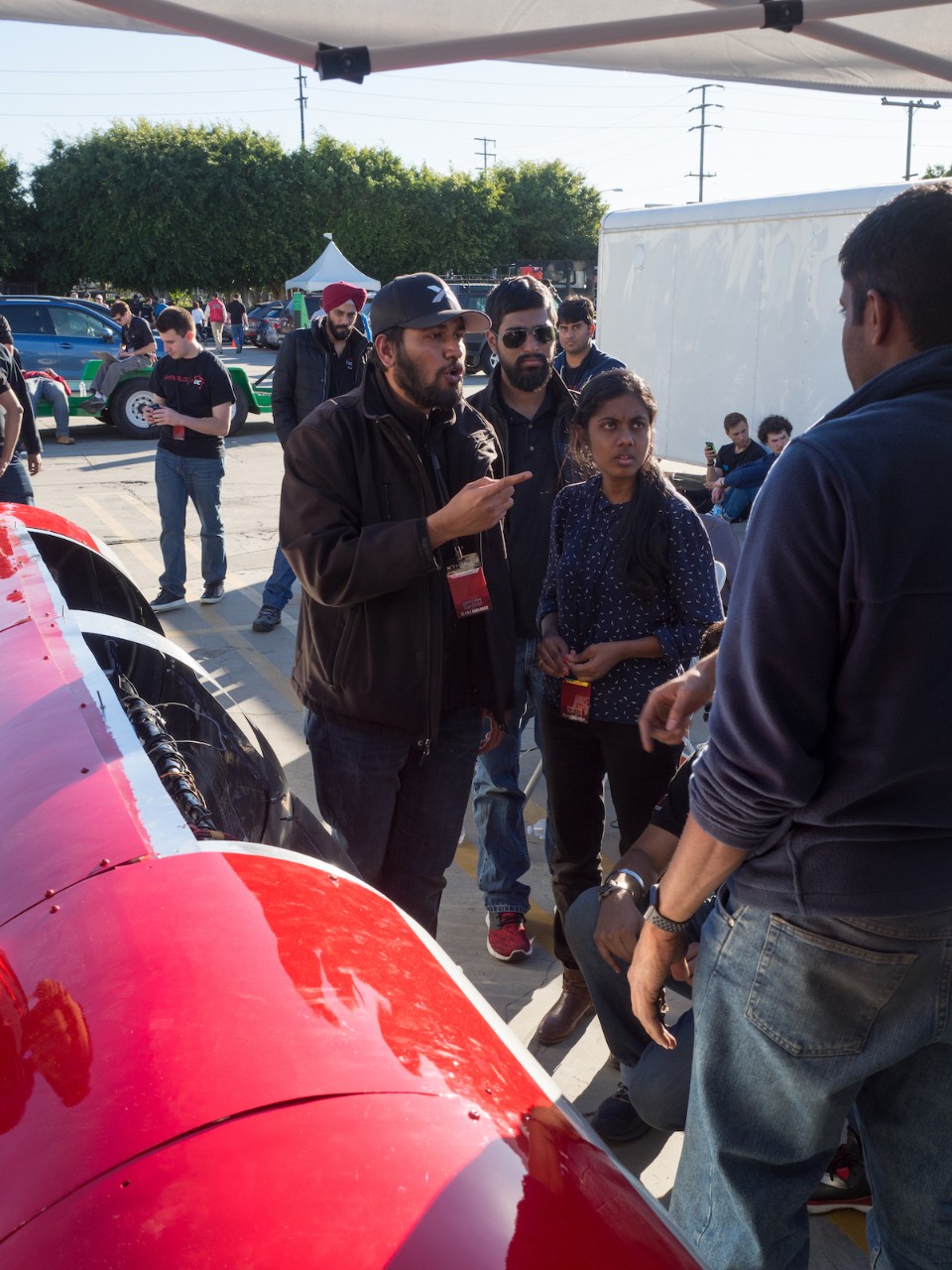 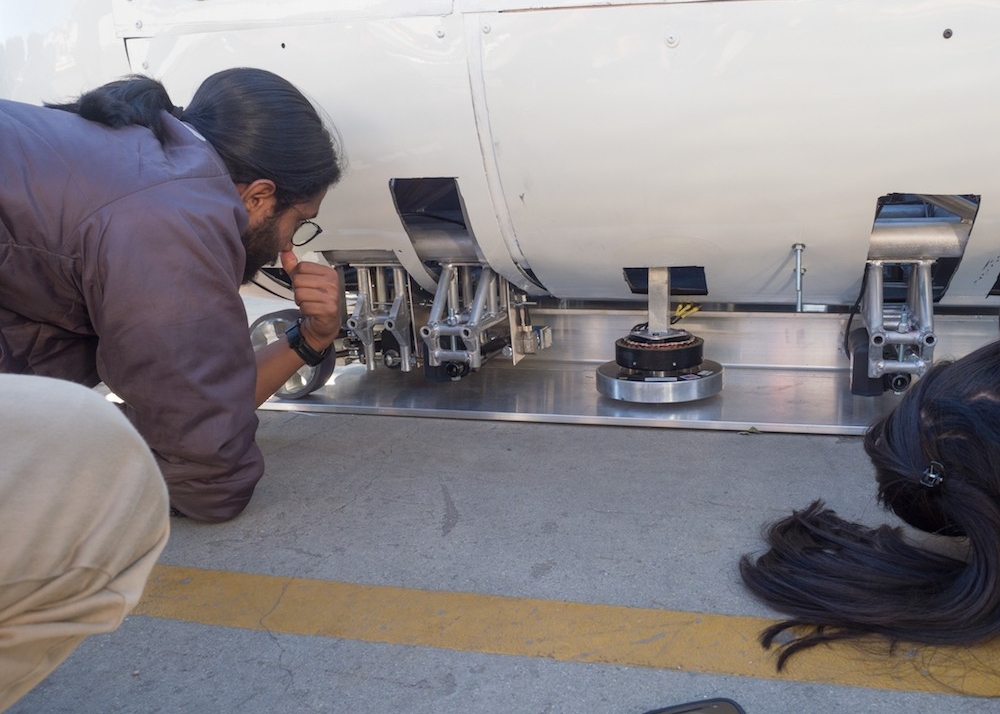 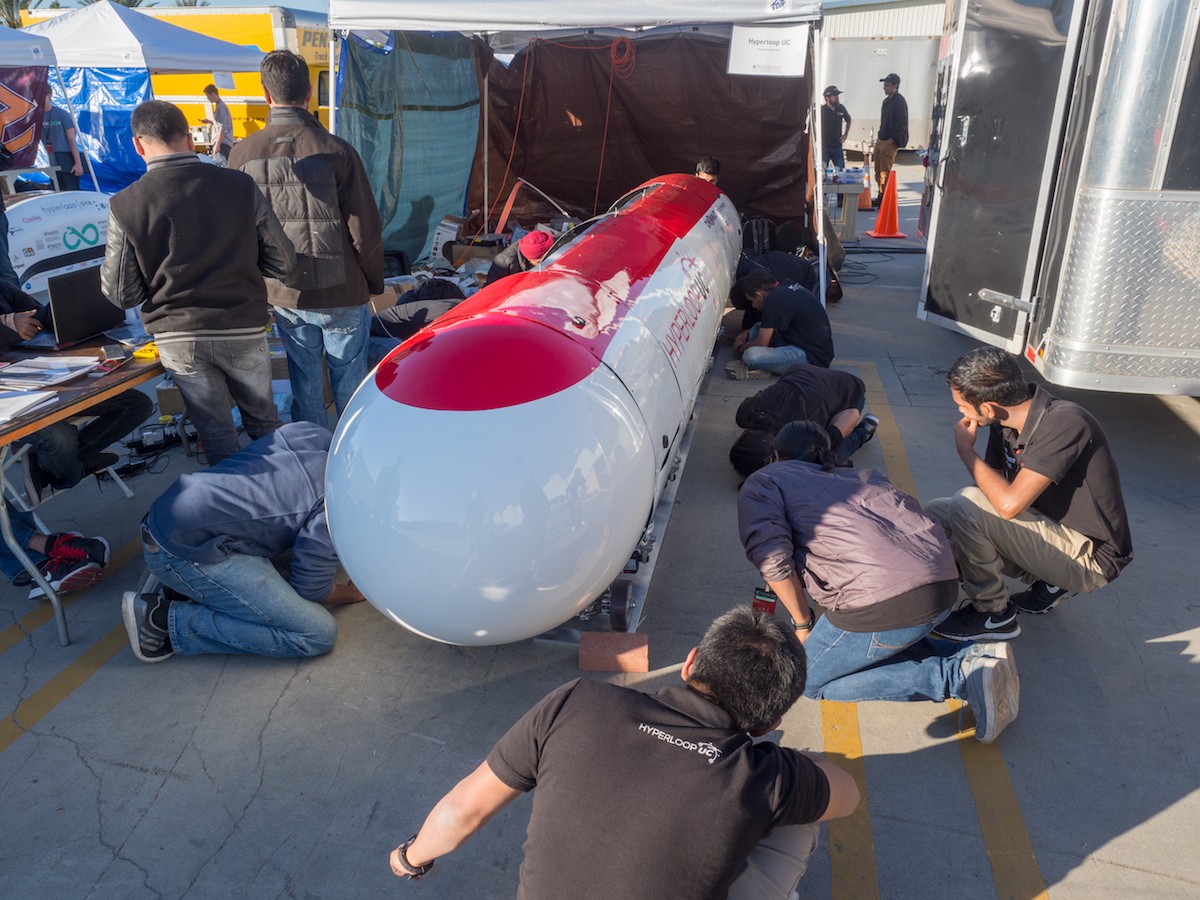