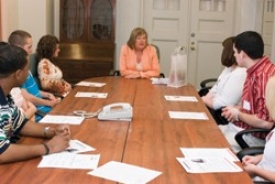 Face-to-face time with the CEO of a billion-dollar corporation. A chance to pick the brain of an Emmy-winning writer. Such experiences can direct the future for students, and the Kautz Alumni Masters Forum makes them available to UC students.

Providing students with the chance to interact with some of UC's most influential alumni gives students a different perspective on success. "Students who only read a biography about someone might not grasp the hardships and failures they endured on their way to success," says James Kautz, A&S '53, the political-science grad who helped to create the forum in 1999.

The program takes advantage of the experience and wisdom within UC's alumni body, bringing successful graduates back to campus to interact with students and faculty. Through a variety of events and meetings, students learn about the "master's life" beyond a résumé, the bad times as well as the good. 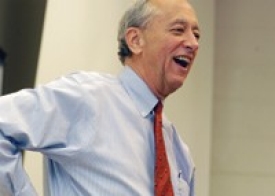 "Almost no one gets it right on the first try," says Kautz, who continues to support the program. "By exposing students to the idea that adversity and failure can eventually lead to something positive, they are much more prepared when they enter their own careers."

Some of UC's most successful graduates have returned to participate in the program since its inception. Among them are Myron "Mike" Ullman III, Bus '69, HonDoc '06, industrial management (chief executive officer, J.C. Penney); J. Gregory Dees, A&S '72, philosophy (pioneer of social entrepreneurship); Dorothy Smith, Pharm '72 (president and chief executive officer, Consumer Health Information Corp.); and Earl Hamner, CCM '48, Broadcasting (creator of the TV series "The Waltons" and "Falcon Crest," among his other media work). 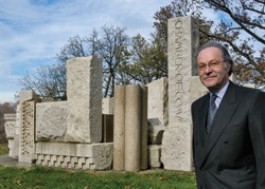 Alumni Masters are men and women from a variety of professions who have set new standards of accomplishment by which others measure themselves. And for each of them, their University of Cincinnati education was the beginning of their success.

The program has sponsored 29 distinguished alumni to date, a tribute to the overall success of the program, according to College of Nursing Dean Andrea Lindell, who serves as chair of the Alumni Masters Forum Deans Committee. "Year after year, we continue to add prominent UC alumni with unique qualifications to our roll of Alumni Masters." 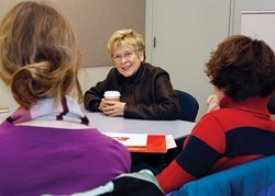